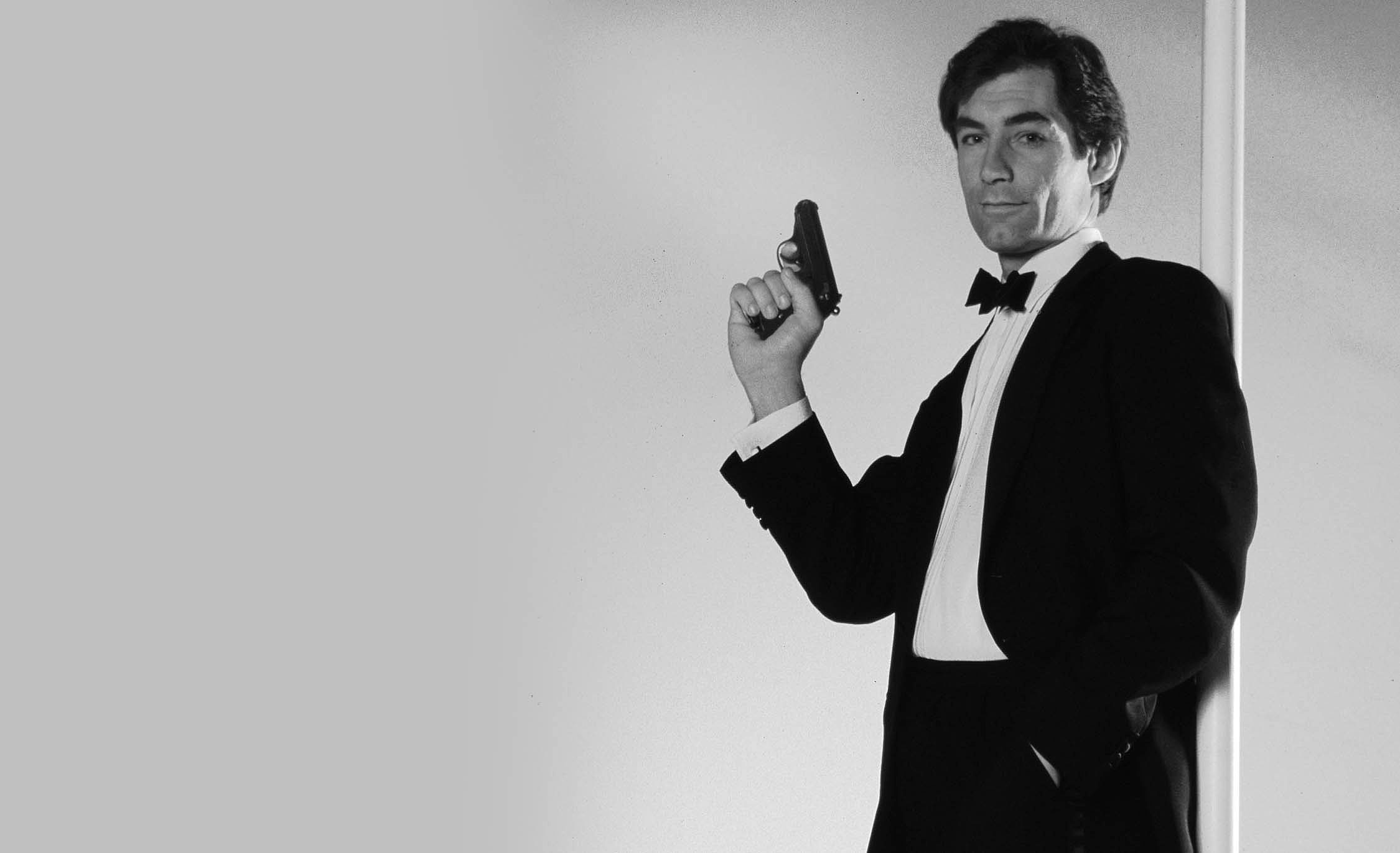 Timothy Dalton: The Man Who Paved the Way for Daniel Craig

When naming the best and most influential actors who have portrayed James Bond, one might expect George Lazenby to pop up at the end of the list. After all, he only starred in a single film as the famous spy. However, Lazenby’s one entry, On Her Majesty’s Secret Service (1969), is now recognized as one of the finest entries in the series. Timothy Dalton, who only bested Lazenby by one film, is now the more likely actor to be forgotten by fans. When compared to the creative renaissance of the Daniel Craig films, the Dalton films seem tonally jumbled and driven to excess where more recent Bond films are focused and lean. But despite their failings, the films prefigure Daniel Craig’s interpretation of the Bond character by introducing a darker, weathered Bond.

Dalton’s path to playing James Bond was inauspicious: originally considered for On Her Majesty’s Secret Service, he was deemed too young to take over the franchise. In the late 1980s, after Sean Connery had finally given up on the role and Roger Moore had aged out of being a believable spy, Dalton was again considered for the role, this time in competition with Pierce Brosnan. Brosnan was the producers’ first choice, but his commitment to the television series Remington Steele ultimately scuttled his chances, leading to Dalton’s casting.

Dalton would portray James Bond at the end of a decade of creative stagnation for the franchise. John Glen, who directed every Bond film of the ‘80s, helmed films that lacked the craftsmanship of the iconic 1960s films, or even the baroque plots of the 1970s films. The final ‘80s films starring Roger Moore were bloated and devoted more screen time to showcasing luxury and bad puns than any kind of character development or thrills. Dalton’s first Bond film, The Living Daylights (1987) still fell victim to much of the silliness of previous entries in the series. The film, which involves 007’s attempt to help a Russian general defect, is damaged by a series of villains who primarily inspire laughter and are at no point anything resembling sinister. One of those villains, a corrupt American arms dealer, has a climactic duel where he uses toy soldiers and miniature automatons to battle Bond. It’s perhaps the silliest action sequence of any Bond film and one of the low points of the series.

Dalton’s first attempt at playing James Bond still involves a wisecrack every two minutes, but his temperament is wildly different from any previous Bond performance. Sean Connery and Roger Moore both played a Bond who seemed to delight in his job and the luxuries it afforded, but Dalton often projects a weariness with his duty that was foreign up to that time. Other members of the British intelligence network often seem to annoy Bond with their devotion to bureaucracy. This quality would be downplayed during the reign of Brosnan, but Daniel Craig would once again play a version of James Bond who was often unhappy with his work. His impatience with a bartender who simply wanted to know how he preferred his martinis in Casino Royale (2006) seems descended straight from the Dalton films. Craig also has a much more testy relationship with Judi Dench’s M than previous iterations of Bond had with their respective superiors. This is foreshadowed by Dalton’s total break with M in order to fulfill a personal vendetta in Licence to Kill (1989).

Dalton also introduced the first iteration of Bond who seemed to have a real devotion to his colleagues and their safety. In The Living Daylights, Dalton plays Bond as being distraught over the murder of Saunders, a fellow agent whose devotion to the rules had previously rubbed him the wrong way. Compare that to previous films in the series where the deaths of fellow 00 agents were alluded to in dark jokes. Licence to Kill, the second of Dalton’s Bond films, further shows this devotion to friends. Felix Leiter, Bond’s long-suffering CIA sidekick, has his wife murdered on the night of their wedding, just before he is tortured and fed to a shark, which he miraculously manages to survive, sans a leg. Dalton is driven to levels of emotion that have rarely been matched in the series, and he disavows his duties in order to hunt down Felix’s attacker. Roger Moore’s usual wooden smirk would have lacked any credibility as someone grieving for a friend (and he probably would have been making puns about the whole matter by the end of the film). Sean Connery and Pierce Brosnan also reacted in more subdued (although less ghoulish) manners to the deaths of friends. The clearest analogue to Dalton’s reaction comes from Daniel Craig in Casino Royale and Quantum of Solace (2008). Vesper Lynd (played by Eva Green) is killed at the end of the first film, and Bond’s desire for revenge animates much of the next film. Craig’s vengeful bond is quieter and less explosive than Dalton’s, but both star in films that are completely or partly animated by Bond’s desire for revenge. Part of Dalton’s broader emotions might be due to his past as a stage actor, whereas other Bond actors were primarily film actors.

Licence to Kill shares another connection with Craig’s Bond films, in that it eliminates much of the franchise’s usual humor in favor of a much darker tone. Part of that is achieved through violence. There is a very clear shot of Leiter’s leg after the lower half has been bitten off by a shark, something that would have seemed out of place in previous Bond films. Later, a secondary villain is executed by being rapidly depressurized, causing his head to explode into a bloody pulp. It’s the goriest death ever featured in a Bond film and remains quite jarring, the stuff of a horror film, not a fun spy thriller. In contrast, Live and Let Die (1973) inflates and explodes its villain in a similar manner, but it’s done more as comedic relief (like just about everything in that film). Although the Daniel Craig films rarely rely on violence to shock viewers, they use different tactics to achieve similarly dark ends. The bright sands of Afghanistan or shockingly blue water of Florida are replaced with a much more desaturated color scheme, and many of the standard Bond jokes are left out completely. Craig’s Bond is also allowed fewer moments of happiness than even the dour Bond from Licence to Kill. Although Craig takes a different approach in his portrayal, his films and Dalton’s final Bond film have similarly dark tones.

Daniel Craig’s term as James Bond has managed to revitalize the series after nearly being destroyed by the shoddy quality of the final films starring Pierce Brosnan. However, what initially seemed so fresh in Craig’s portrayal actually owes a great debt to Timothy Dalton’s turn as Bond. It’s unfortunate that Dalton was yoked to a director who had directed uninspired film after uninspired film. Otherwise, people might talk of him as one of the great James Bonds, instead of just a footnote.

No Time To Die: Daniel Craig Bids Farewell with This Bloated Bond Film