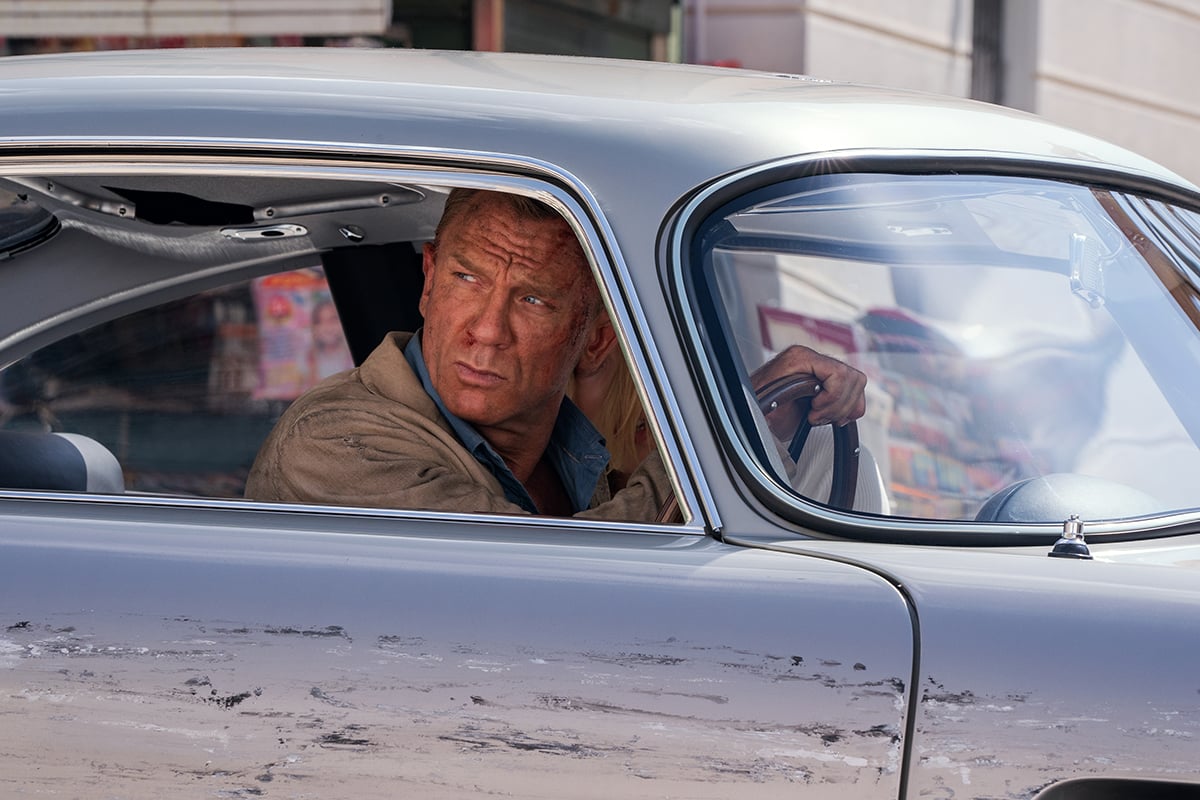 During its lengthy run time, No Time To Die executes a vision that is equal parts enthralling and polarizing. That is what tends to happen when a plot leaves space to contradict itself; it offers up the opportunity to both delight and discomfort audiences.

As a conclusion to a franchise consisting of five installments over fifteen years, this film is enthralling. It expertly tugs on fans’ heartstrings with compelling character arcs and thoughtful callbacks. No stone is left unturned; no bad guy left unshot. It is the one chance this Daniel Craig-lead franchise has to make amends for weaker storylines and to revel in the ways this age-old tale has evolved for the better.

So it ambitiously takes on everything in a bid to satisfy the loyalist of followers with an all-you-can-eat James Bond buffet. A nearly three-hour mission means this conclusion has the luxury of being as thorough and sentimental as it would like. It exposes a deep emotional intelligence this action saga could rarely afford.

However, this film is incapable of standing on its own, creating a rather tedious movie theatre experience for the less sentimental crowds.

It may soothe the growing pains of this expansive film collection, but when you take a step back and look at No Time To Die’s achievements as an individual Bond outing, it’s a bit of a boring mess.

The ridiculously long run time is mostly to blame here. A shorter film would have ironed out the wrinkles of this over-stuffed and bloated premise, forcing Bond to walk at a brisker pace through this memory-ladened minefield. Instead, the plot has free reign to go wherever and do whatever. This adventurous spirit creates a paradox of scattered action scenes that refuse to add stakes to a half-baked sequel of character cameos and shoot-em-up action.

It’s difficult not to view this conclusion through a cynical lens as someone that has desperately wanted to embrace the Bond franchise and failed miserably to fully understand the appeal, again and again, thanks to these denser installments. James Bond has always stood for refined style, sleek firearms, and clear drinks. This chapter is hardly those things with its clunky and repetitive nature — a nature that works against itself and offers little for our leading man in the form of captivating violence or dialogue.

It doesn’t take long for these grand cinematic escapades to wear thin as the key players in Bond’s finale hour disappear for large chunks of time, and the signature gadgets at his disposal succumb to the convenience of targetless bullets.

The back half of this film, which is brimming with moving revelations and entertaining confrontations, would have packed one hell of a punch if the runtime did not actively attempt to sabotage this final curtain call with droll antics.

It’s upsetting that the one element sure to deliver quickly became the weakest point of this final outing.

Ridiculous accents and bone-chilling antagonists are Rami Malek’s entire wheelhouse, yet Lyutsifer Safin is miserably uninspiring as the villain of this film. There’s nothing tangible for Malek’s performance to latch onto, and the result is another one-dimensional super-villain with a god complex and a conveniently maniacal eye for interior design.

With an abundance of time to play with, one would think this action thriller could come up with something slightly more original than mass eradication at the hands of a mad man with zero emotional development. It sure seemed like Malek would be a worthy adversary with his commanding performance in the first beats of this film. Alas, his conviction is dead in the water long before he too bites the dust unceremoniously.

Safin’s mediocrity is a lazy way of keeping the attention on Bond, and it’s one of the greatest disappointments this smorgasbord of spy shenanigans offers up.

Over the years, Bond enthusiasts haven’t held back their thoughts on Daniel Craig not being the right man for the job.

He’s too unemotional, too emotional, too blonde, they said. It’s a discourse contradicted by projects where Craig’s charming acting chops are on full display to admire, like with his loopy performance as Detective Blanc in Knives Out and his memorable stint on Saturday Night Live. When I did enjoy aspects of this latest iteration of Bond, it was because of Craig, who embodied the role with a debonaire style true to the agent’s original form.

This last outing does not ponder the question, is he the best Bond? Instead, it allows Craig a formidable performance during those crucial closing moments of No Time To Die.

This action installment squanders its momentum by dragging its feet until the bitter last showdown. Yet, the final moments spent by James Bond’s side as he watches death close in from every direction is not only a great ending to this film and franchise, but it’s one of the greatest endings of any film you will watch this year.

Bond sacrifices himself so those he cares about can survive, and it is just about the noblest way to go out. It’s the gut-punch farewell that makes sense for this sweeping cinematic tale, the bio-weapon lore it bolsters, and the ceremonial ending this iteration of James Bond deserves. There’s nothing more poignant than making the ultimate sacrifice, and it just so happens to give definitive finality to Craig’s send-off in the process. There’s always the chance Bond could appear again in this iteration, but for the sake of preserving a perfect moment, I hope they let this one be.

It all culminates around a gut-wrenching phone call between Bond and Madeleine as the film reveals it still has a few Bond-like tricks up its sleeve with the tongue-in-cheek reveal that her kid does indeed have his eyes.

Mr. Bond, we expected you would go out in a blaze of glory, but we did not expect this — an explosive finale worthy of the man, not the agent that toys with a new kind of legacy to leave behind. I do not believe this is the best a Bond film can do. I do, however, believe this curtain call gives us the best version of Craig’s Bond.

No Time To Die is everything we have come to expect from a James Bond film, and that’s where its problem lies. This final chapter has all the makings of being the formula breaker and the out-liar championed for its out-of-the-box thinking.

Instead, it gives us an abundance of the same thing. For many, this outcome is more than okay. After all, more of the same has kept Marvel and Star Wars fans content for years. Those unsatisfied and desperate for a reason to care could spell trouble for the agent’s longevity. Projects like Ghostbusters: Afterlife attempt to evolve with the times by altering classics in ways that push the envelope, but is Bond willing to do the same to stay relevant?

The film begins to explore this question through the introduction of new agents. Lashana Lynch’s Nomi (a.k.a. 007) and Ana de Armas’ Paloma are lovely additions to the roster and certainly add a flavour of spunk to the action around them. It sure is a fun meta moment to see Craig and Armas bantering back and forth in times of peril. However, Lynch is underutilized too frequently to warrant a celebration of this film’s daringness.

Madeleine’s arc exemplifies how a Bond Girl can effectively go beyond vacation arm-candy to something darker and more daring. Léa Seydoux’s bruised character is allowed to fight for something bigger than her love for James Bond and command her fate. She is an example of what better storytelling can look like going forward. And better storytelling will have to come because as much as this installment thinks it’s pushing the envelope, by 2021 standards, it barely leaves an impression.

In a sea of male action heroes, James Bond no longer stands out as a timeless trailblazer but as the dusty remains of a dying era of storytelling. If the legacy of 007 can’t find a way to resonate with new fans, maybe it’s time we live and let James Bond die with this franchise.

At least Daniel Craig managed to go out with a bang.

Parallel Mothers is Another Tale of Unsung Motherhood From Pedro Almodovar