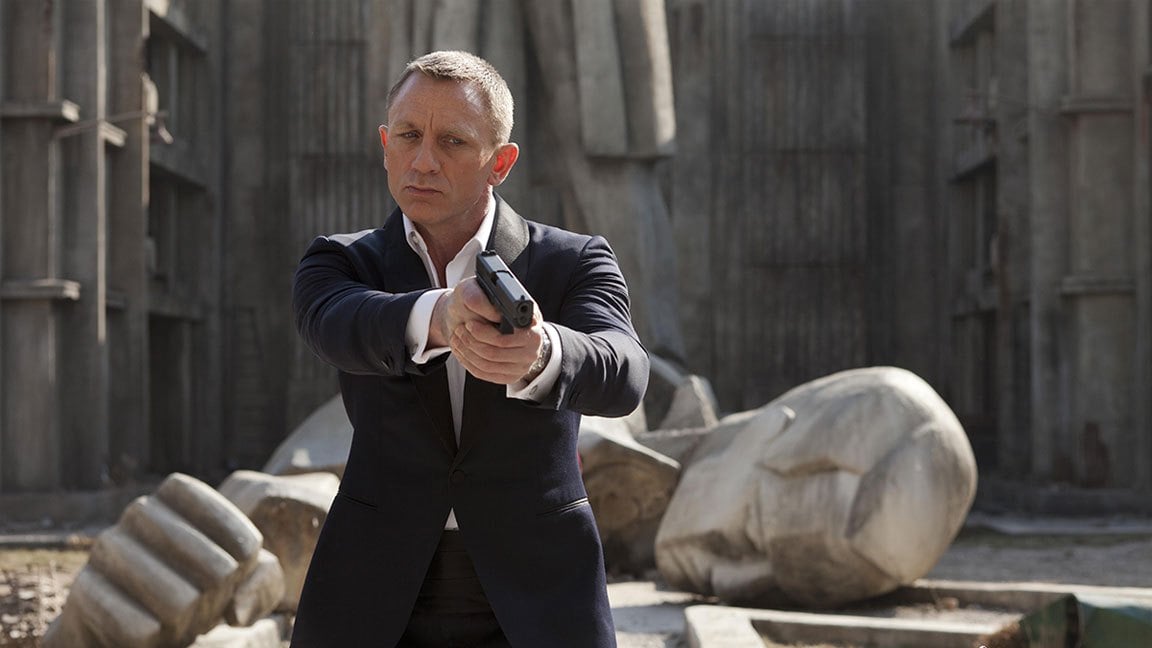 No Time to Die, the 25th James Bond film and Daniel Craig’s fifth and final turn in the 007 role, was the first major film delayed worldwide due to the pandemic. It’s been on the shelf so long that when Craig hosted Saturday Night Live in March of 2020 and said “ladies and gentlemen, The Weeknd” — something that feels like it happened forever ago — it was initially to promote No Time to Die.

Now, the film has finally seen the light of day, and it goes straight in the middle of Craig’s Bond filmography- not as strong as Casino Royale or Skyfall, but better than Quantum of Solace or Spectre.

The action sequences are fantastic, as Cory Joji Fukunaga proves the right director for this material. One particular sequence, in Cuba — though pretty clearly not filmed there — is up there with the best action of the entire series.

On the other hand, the plot is extremely convoluted, employing way too many villains, and seemingly spending the entire first hour cleaning up the plot messes raised by the previous film. No Time to Die has four people credited with writing and three people with “story by” credits, and it very much feels like a movie written by many people.

It’s also 163 minutes long. I will not give away the ending, although I will say that it’s satisfying and also likely to be the thing that’s most remembered about No Time to Die. It does some things to redeem what came before, but not all the way.

We last left 007 six years ago, when Spectre introduced Christoph Waltz as famous Bond villain Ernst Blofeld. That film also made the mostly unpopular decision to retcon the previous three movies, in order to make Blofeld the ultimate villain of those films.

As No Time to Die begins, Bond is on vacation with his latest lover, Dr. Madeline Swann (Lea Seydoux), when they’re predictably attacked, leading to an entertaining chase through a Greek city. Eventually, we learn that Bond is “retired,” and that the 007 code name has passed on to a young Black woman named Nomi (Lashana Lynch; you may remember the outrage cycle that greeted that news, three or so years ago.)

Also predictably, Bond is brought back into some nasty business involving a scientist (David Dencik), while Spectre and Blofeld remain in the picture. The front-line villain is Lyutsifer Safin (Rami Malek), who due to the film’s convoluted structure barely appears on screen until the third act.

The film brings back most of the usual faces, including Ralph Fiennes’ M, Ben Whishaw’s Q, Rory Kinnear’s Bill Tanner, Naomie Harris’ Moneypenny, and Jeffrey Wright’s Felix Sater. New faces include Billy Magnussen, also currently seen as the young Paulie Walnuts in Many Saints of Newark, as an FBI man.

But the most notable new face is Ana de Armas, who appears in the Cuba sequence as a CIA agent named Paloma, who kicks all kinds of ass in a slinky gown. She’s instantly one of the all-time great Bond girls, and it’s a shame she’s not in the movie for longer than 15 minutes.

One of the four writers is Phoebe Waller-Bridge, the talented creator and star of Fleabag, and it’s clear that the female characters are treated with more care than they were in, say, the Sean Connery era. But once again, the structure of the film is all over the place. I might have preferred a version written from scratch by Waller-Bridge herself.

One flashback to a character’s youth makes little sense, considering that the person they’re confronting, who is an adult in the flashback, is around the same age as the first character. No Time to Die also does that thing, popularized by Disney in recent years, in which it subtly hints that a character is gay, which doesn’t mean a great deal following the moment in Skyfall in which Bond himself implied past gay acts to Javier Bardem.

Craig, at 53, is a bit long in the tooth for the Bond role, although just two weeks after watching 91-year-old Clint Eastwood win a couple of fights in Cry Macho, I’m inclined to give him a break.

A new documentary called Being James Bond, currently available on Apple TV, looks at Craig’s run as Bond, which ends with this No Time to Die after five films and 15 years, the longest run of any 007 actor. The documentary reiterates how unpopular the choice of Craig was back in the mid-2000s, especially among fans who couldn’t get past his blond hair or lack of star power at the time.

But Craig has proven himself a worthy 007, holding down the role capably during an era in which the culture of action movies changes radically. When the movies weren’t great, it wasn’t because he was bad in them, And Craig, between his Bond movies, has performed great off-series roles in movies like Logan Lucky and Knives Out.

What direction the franchise is going in next, from the next Bond to how the series will handle continuity, is likely known only to the Broccoli family. But, for all the unevenness of No Time to Die, they undoubtedly made the right choice with Daniel Craig.

The article is part of our James Bond Spotlight.