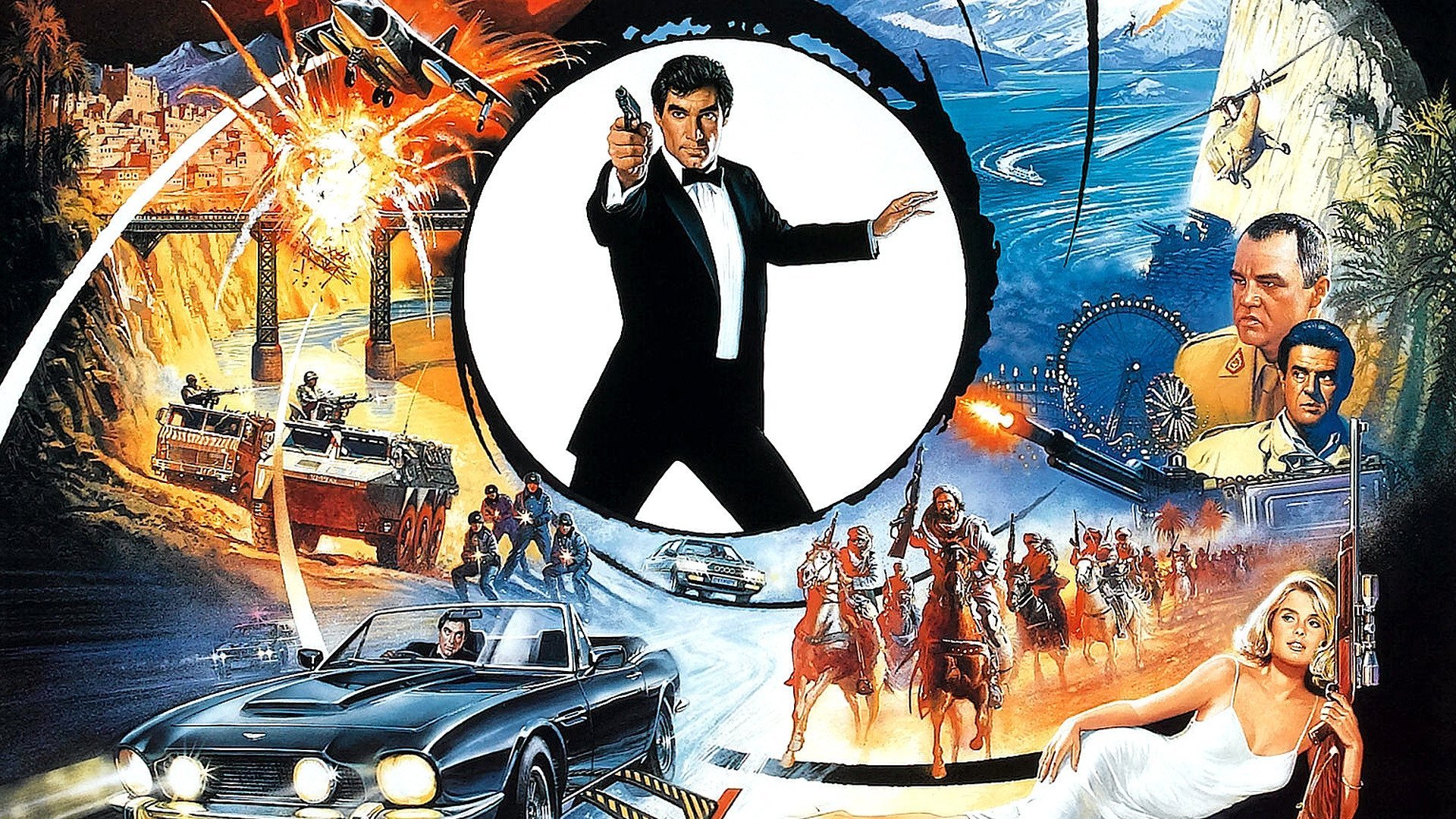 It wasn’t guaranteed that the Daniel Craig films would successfully reboot James Bond, in part because such a restart had already been tried before. After 1985’s A View To a Kill, in which age had begun to show on both Roger Moore as Bond and Lois Maxwell as Miss Moneypenny, the first real reboot was attempted. Timothy Dalton – who had turned down On Her Majesty’s Secret Service because he felt that at 24 he was too young to replace Sean Connery – was brought on and a script was commissioned to return Bond to his Cold War roots. The result was The Living Daylights, which doesn’t quite work as a reboot but makes for deeply enjoyable viewing.

Too many of the old Bond conventions remained for The Living Daylights to be a true departure; the roles of M and Q were not re-cast and the same notes are hit with both of them. In the same pattern that goes as far back as Goldfinger, an action-packed cold open leads into sexytime for Bond, followed by the elaborate credits sequence. But the overall story, in which a defecting Russian general (the great Dutch actor Jeroen Krabbe) plays the British for fools and Bond must track him down through his mistress (Olivia d’Abo), is a welcome departure from Roger Moore’s cartoonish adventures in America.

The antagonistic presence of the Soviet Union gave From Russia With Love its classic urgency and it made The Spy Who Loved Me the best of the Moore films, thus it does wonders for Dalton. Although the “car into ski-car into using a cello case as snowmobile” chase scene is as silly as anything Moore did, the stakes in the Dalton film are more honest. It still does not make sense why the MI-6 would care about a drug dealer in New Orleans (as in Live and Let Die), but helping a beautiful Czech cellist defect from behind the Iron Curtain is exactly what James Bond should be doing, no matter how cartoonish his methods might be. Having reasonable goals for Bond allows audiences to tolerate much more silliness.

But even most of the “silliness” in this film is deadly serious. The film’s best fight scene is one that could have been a throw-away, between a secondary Russian villain and a supporting British agent who’s never named, yet it carries all of the intensity of the famous fight in From Russia With Love. The big action set-piece takes place in Afghanistan, where Bond allies with the mujahideen not because he thinks theirs is a comically righteous crusade against evil (as would happen a year later in Rambo III) but because it’s the most practical way for the bad guys to get got. This is the perfect setting for Bond: one where the action sequences may occasionally get ridiculous, but the characters at least intend to live in a complicated world.

It’s interesting that, unlike almost every other Bond film before or since, there’s only one “Bond girl” in The Living Daylights. Despite the apparent monogamy, Bond’s attitude toward women did not reboot with the switch to Dalton; d’Abo is essentially a prop and proves especially useless during the Afghanistan sequence. Still, her character is not saddled with an embarrassing name and seems to have her own motivations independent of Bond’s, which is more than can be said for Tanya Roberts, Jane Seymour, or Denise Richards.

In some scenes, Dalton’s frustration with d’Abo seems to border on anger, but that’s not so bad because Dalton found the perfect note for Bond. Bond ought not to hate the audience or the female lead, but neither should he particularly care what they think of him. For Bond, there should be only allies, enemies, and the light glaze of contempt that he spreads over the remainder of the world. Connery had it and Craig has it, but George Lazenby seemed a little too happy just to be there while Moore and Pierce Brosnan had their tongues too firmly in cheek. Dalton found that perfect sweet spot of light contempt, and it’s no wonder that after The Living Daylights’ strong financial performance, Connery had a number of positive things to say about him.

Sadly, Dalton would lose the thread with the very next film, License to Kill, in which his contempt seemed to drench every line of the screenplay as well as a number of talented actors including a young Benicio del Toro. Perhaps it was Dalton’s fault, or perhaps it was simply because the Berlin Wall was falling and new world order was being shaped. Dalton’s Bond was no longer needed, but neither should he be forgotten: in the same way that Connery defined the Cold War of the 1960s for any number of moviegoers, no movie transforms the Cold War of the 1980s into a pop-culture artifact better than The Living Daylights.