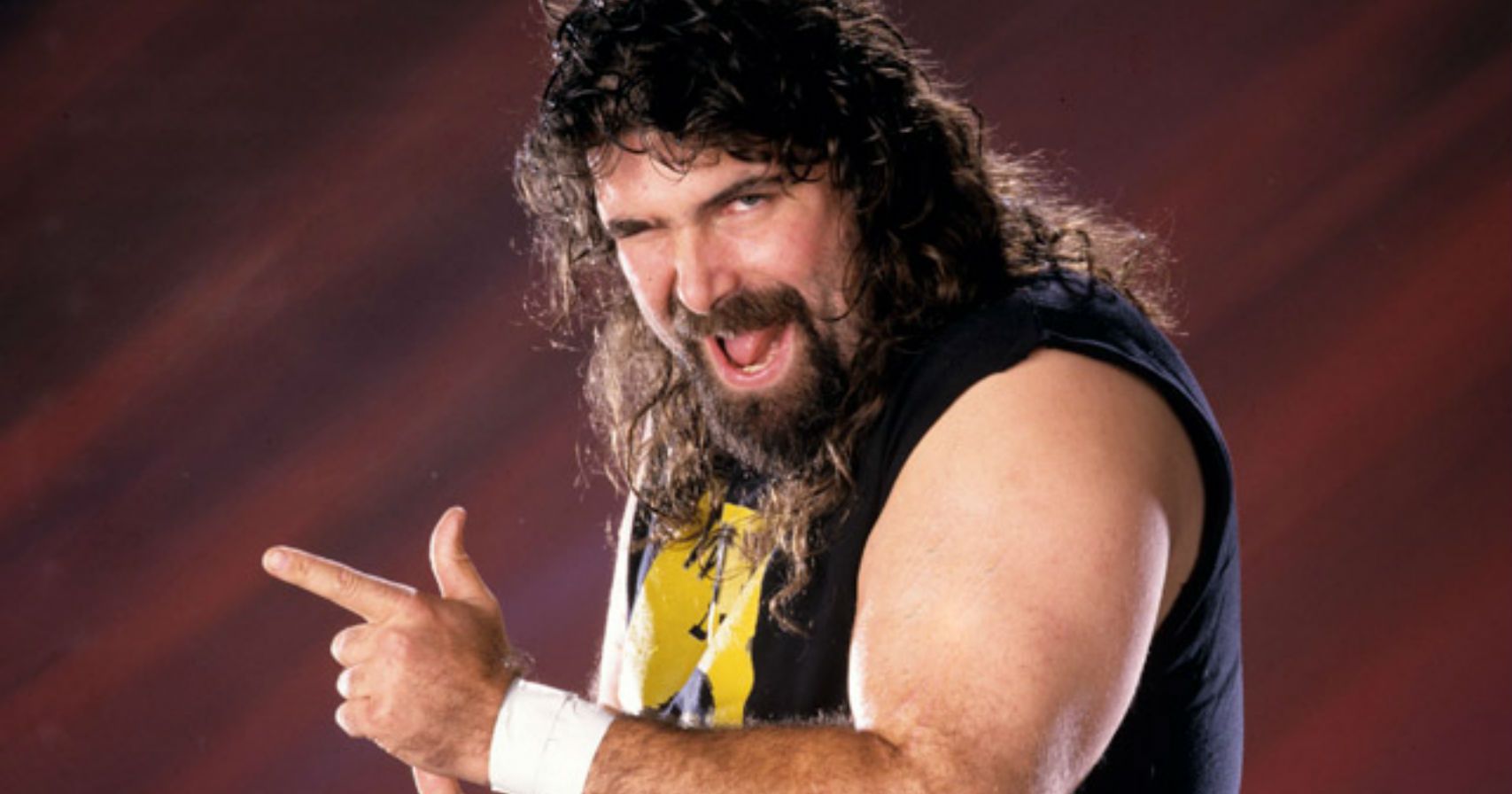 The thirteenth annual Royal Rumble gave us one of the best matches in WWE history.

The event took place on January 23, 2000, at Madison Square Garden in New York City. It was the start of a new decade and the WWE was gearing up to build their next great champ. And this was the match that gave one participant the push he needed to become a heavyweight legend over the next decade and arguably the greatest heel for the entire Attitude Era.

Of course, I’m referring to the Street Fight match between Triple H and Cactus Jack for the WWF WWE Championship.

It was the match the helped Triple H earn everyone’s respect; in fact, in retrospect, it’s clear the whole match was designed as one giant promo in order to give Triple H a believable physical prowess as an ongoing champion contender. And for WWE fans who weren’t familiar with Mick Foley’s earlier hardcore wrestling, the match pretty much certified the man was indeed, truly insane.

Yes, Mankind and Undertaker had already wrestled their legendary Hell in the Cell match two years prior at King of the Ring— and yes, we had already seen plenty of street fights in the WWE— but the WWE Championship match at the 2000 Royal Rumble was a brutal, violent, and extremely bloody affair. By WWE standards, it pushed the boundaries, delivering a level of violence that casual WWE fans weren’t accustomed to seeing.

It was also a match that told an excellent story and had a remarkable buildup leading into the event.

By the summer of ’99, Triple H was finally getting the main event push he deserved thanks to the McMahon-Helmsley Faction, a partnership that benefited from that fact that at the time, Stephanie McMahon had almost full control over the WWE. Great power means great responsibility but for Stephanie McMahon, it meant scheduling unreasonable matches for the wrestlers who were deemed a major threat to her husband. The superstar most affected was none other than, Mick Foley.

Triple H and Mick Foley put on a series of exciting matches in the first year of the new millennium and with this rivalry, came some of the best writing in the history of the WWE. The compelling storyline featured legendary promos, unforgettable drama, and unusual matches designed to wear down Triple H’s main competition. One such match was the “Pink Slip on a Pole Match” between The Rock and Mankind, with the loser forced to leave the WWE. Mankind lost, and thus was fired unceremoniously, only to return two weeks later when the Rock and the rest of the WWE superstars threatened to walk out unless Mick Foley was reinstated. That night, Foley requested a Street Fight for the WWF WWE Championship at Royal Rumble— and on a January 13 episode of SmackDown!, Foley shocked the world when he returned to the ring in his Cactus Jack persona! It wasn’t Mankind set to fight Triple H at the Royal Rumble— instead, it would be the hardcore legend.

With Mick Foley entering his final year as a full-time professional wrestler, fans were expecting big things from the legend, and the 2000 Royal Rumble Championship match did not disappoint. There have been plenty of Street Fights in World Wrestling Entertainment history, but one would be hard-pressed to find one better than this classic. It was the fifth match of the night— in one of the best Royal Rumble pay-per-view events to date— and by far the most memorable match on the card.

Cactus Jack gained the early advantage after repeated punches but it didn’t take long before both men took to the outside the ring using everything in their reach including the ring bell, the stairs, a couple of trash cans and more. The match featured multiple chair shots to the head along with the destruction of both announce tables and at one point, the two men even took the fight into the crowd. But the real turn of the match came earlier when Cactus brought out a 2×4 wrapped in barbed wire, and slammed it across the skull of Triple H, busting his forehead wide open. It was brutal. It was bloody, and for some fans, it was hard to watch.

Reminiscent of prior a Royal Rumble, Triple H managed to handcuff Cactus Jack and continue to use the steel chair as a weapon, taking advantage of a man who could barely defend himself. Eventually, The Rock made a brief cameo, striking Triple H across the head with a chair, and allowing a police officer enough time to remove Jack’s handcuffs so he could continue to fight. Soon after, Cactus Jack was ready to seal the match but made the mistake of pouring hundreds of thumbtacks onto the ring. In a quick turn of events, Triple H fought back to take control of the match and hit his Pedigree finisher on his opponent, slamming the challenger face-first onto a large pile of thumbtacks and in the process and sealing the victory. The finish was gut-wrenching and graphic but well-scripted given the level of hatred and disdain the Superstars had for each other. Both men took a beating, but in the end, it was Triple H who escaped the victor.

The brutality of the match is a reminder of the differences between the current WWE and the Attitude Era. Nowadays, the WWE doesn’t allow blood in their matches, never mind the use of barbwire and thumbtacks as weapons to use against your opponents. It was a match of its time; a match that stands the test of time— and one of the greatest matches in Royal Rumble history, fueled by the emotion of the competitors, and an epic storyline that would prove Triple H a legitimate headliner.

On a night filled with memorable moments such as the Tables Match between the Hardy Boyz and the Dudely Boyz, not to mention The Rock’s unforgettable Royal Rumble win, Triple H and Mick Foley ended up stealing the show— but it was far from the latest chapter in their rivalry. With the stage set for another iconic battle, the Hardcore Legend and Triple H would step inside a Hell in the Cell for yet, another epic encounter.