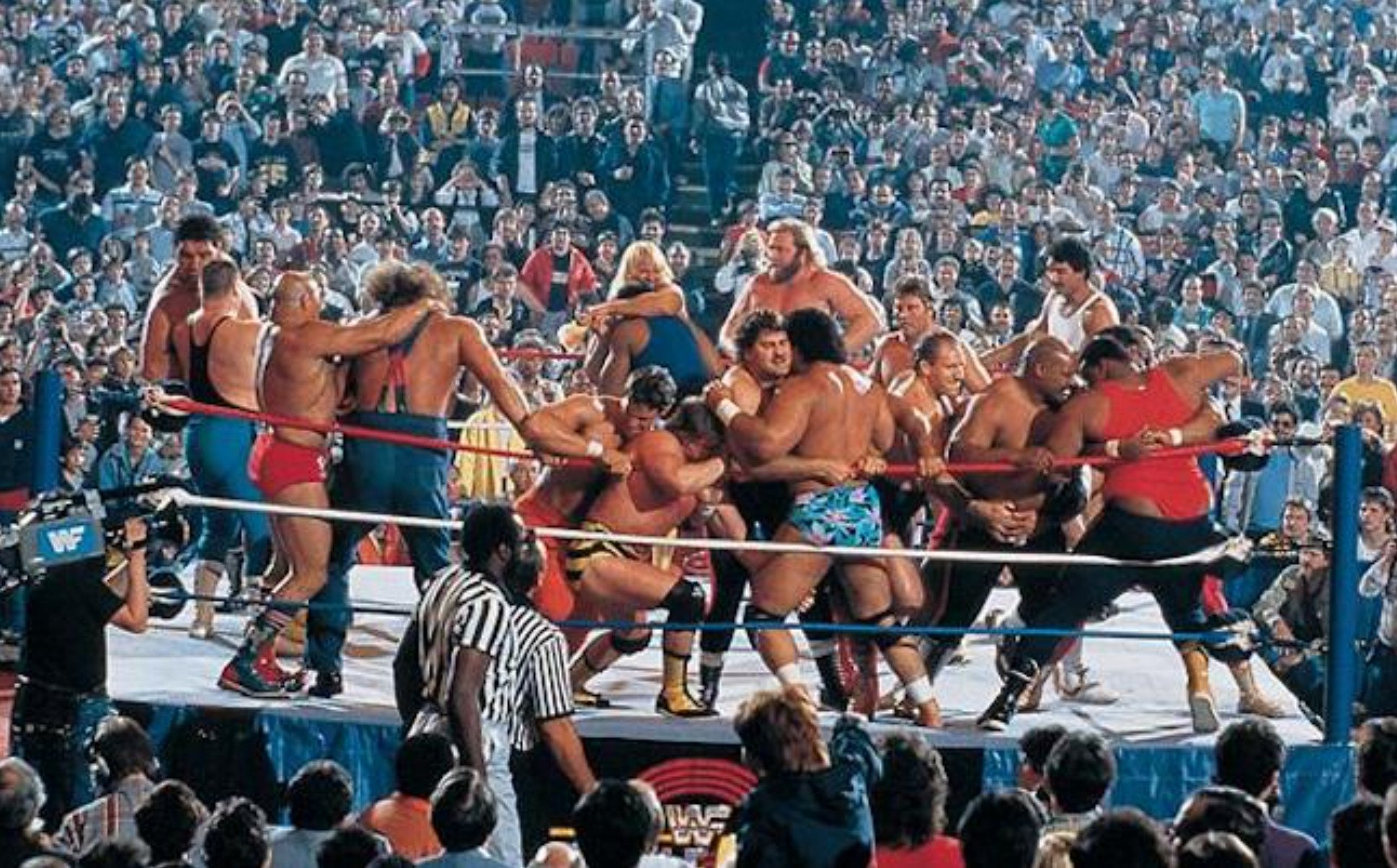 WrestleMania may be regarded as the Super Bowl of the WWE but of the other three major pay-per-view events, The Royal Rumble has often given us better matches over the years. Yes, the Survivor Series and King of the Ring have had their fair share of moments, but the Royal Rumble is without a doubt the second-biggest wrestling PPV on the planet.

What makes the Royal Rumble so exciting is how it sets up the most prominent storylines on the programming for the remainder of the year. The Royal Rumble is simply put, the start of playoff season and a steppingstone for WWE superstars to prepare for their big moment at WrestleMania. It really is a seminal event on the WWE calendar and has often launched the wrestlers to superstar’s status.

A Brief History of the Royal Rumble

Credit for the Royal Rumble can be given to Pat Patterson who came up with the original idea when brainstorming an event that would be bigger and better than the Battle Royale. The concept was simple really; unlike the Battle Royale which begins with all twenty participants in the ring, the Royal Rumble would instead start with only two superstars and have the remaining participants join the match every two minutes thereafter. And to up the ante, instead of having only twenty wrestlers, the Royal Rumble includes thirty superstars who battle it out for a title shot in the main event of WrestleMania (except for in 1992, when Ric Flair won the WWE Championship by winning the titular match ).

If you had to choose just one reason as to why the Royal Rumble is one of the most anticipated pay-per-view events, it would be because you never really know what to expect. Aside from anticipating who’ll come out next during the main event— and guessing who will eliminate who— we’re also left wondering who’ll make a long-overdue comeback after being away from the WWE for months – sometimes years.

We’ve seen big men like Kane eliminate eleven opponents in a row, and a superstar like Shawn Michaels become the first wrestler to win the Rumble after entering first. We watched Undertaker get locked in a casket and set on fire and we witnessed The Rock and Mankind battle it out in an “I Quit” match that temporarily led to a power failure and left the entire arena in the dark. There’s just no shortage of over the top moments at the Royal Rumble such as Kofi Kingston’s creative ways to avoid elimination or the surprise entrance by AJ Styles. The Royal Rumble is where dreams are made, careers are ended, and over the years, fans have witnessed some of the most intense rivalries take shape at the event.

Apart from the titular main event, WWE’s annual January extravaganza has also given us some incredible matches in the undercard. From surprising sleeper hits to fast-paced tag team action to hardcore matches and strange gimmick matches— the Royal Rumble has time and time again, blessed wrestling fans with the perfect blend of great storytelling and in-ring action. As such, the event has given fans some classic matches over the years and many have stood the test of time.

Whether it’s the rumble itself or a high-tempo singles match, the list of great matches that took place during the Royal Rumble is rather long. Below is a list of the greatest Royal Rumble matches to date, with links to the full review of each match.

Simply click on the links below to read about whichever match interests you most and let us know in the comments, what you think is the greatest Royal Rumble match of all time.

Editor’s Note: This is part of an ongoing series. You can find all the articles here.

2023: AEW Singles Wrestlers to Watch Out For