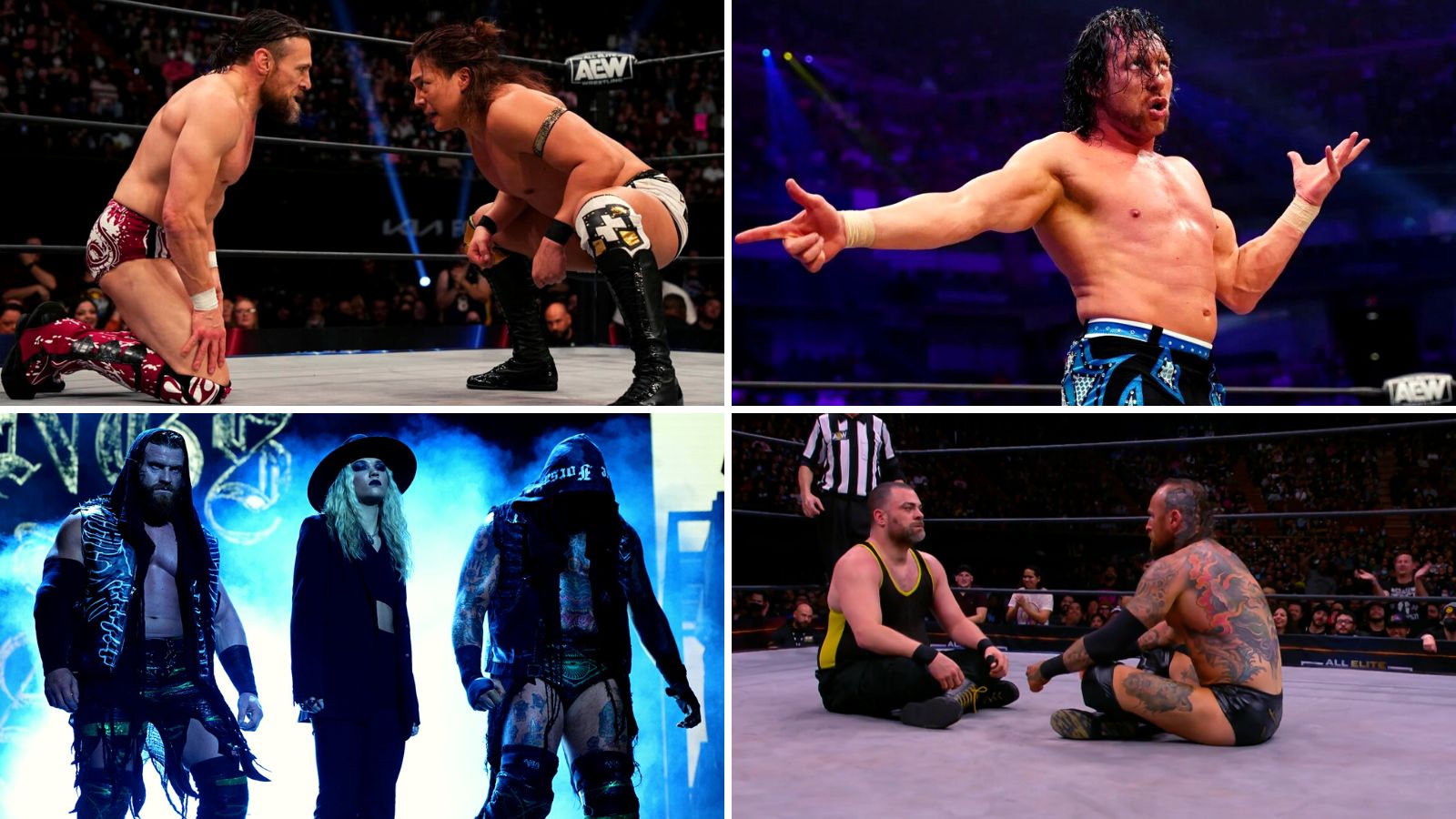 In a previous list, we cover which AEW tag teams might flourish with a “special attraction” singles World Champion in MJF. Now, on the other side of the fence, which individual wrestlers might blossom despite fewer chances at the men’s World title, and which wrestlers might flourish in other active title scenes? Which names might even flourish outside of one?

Konosuke Takeshita had quite the breakout year in 2022. The 10-year pro was acquainted with the AEW audience with spirited performances against names like Adam Page, Jon Moxley, and Eddie Kingston. Safe to say he was AEW’s debut of the year, semantics aside.

Takeshita has taken to this recent success, committing to stay in the U.S. for the foreseeable future. But this in-demand status also sees him having to potentially contend with multiple factions offers. Don Callis of The Elite has made his recruitment interest clear on Elevation. Takeshita has also now gone head-to-head with every leader of Blackpool Combat Club, who may unanimously see something in him.

In any case, the signs point to a busy year for Takeshita.

From November 2021 to January 2023, Kenny Omega has wrestled a total of 2 singles matches. Upon returning from injuries, Omega would be committed to the brand new trios division with The Elite, becoming a 2-time World Trios champion in the process.

It wouldn’t take long for him to win singles gold, however, capturing the IWGP U.S. Heavyweight title exactly one week before his second Trios reign. And with the U.S. title around his waist, there may be a no bigger statement of Omega’s return to regular singles action than a string of dominant defenses as dual champion.

Eddie Kingston’s onscreen presence has been greatly reduced since losing to Sammy Guevara by DQ in September 2022. Kingston’s last 2 PPV matches took place on the Zero Hour, despite him being the star of the show at Double or Nothing’s Anarchy in the Arena.

But despite a show-stealing battle with Tomohiro Ishii and a touching moment with Jun Akiyama, Kingston’s absence (up until his recent House of Black encounters) is badly felt. More so when the World Champion brings up your name on TV, unprompted, just to take shots at you.

Could this 2022 downtime have been for Kingston’s own good? Or for our own good?

Julia Hart may be a neophyte still growing into her scream. But if we can learn anything from a rookie like Jade Cargill, a little self-assurance and a lot of back-up can go a long, long way.

Hart has been on a dominant streak on Elevation since mid-2022, adopting a Malakai Black calm before transitioning to match-ending intensity. Away from the ring, Hart has also taken a more active role in the group as a banshee-like distraction and harbinger of destruction.

Perhaps, this wicked streak leads to a bigger story this year for the girl with the corrupted eye. Or perhaps, she bides her time a little more…