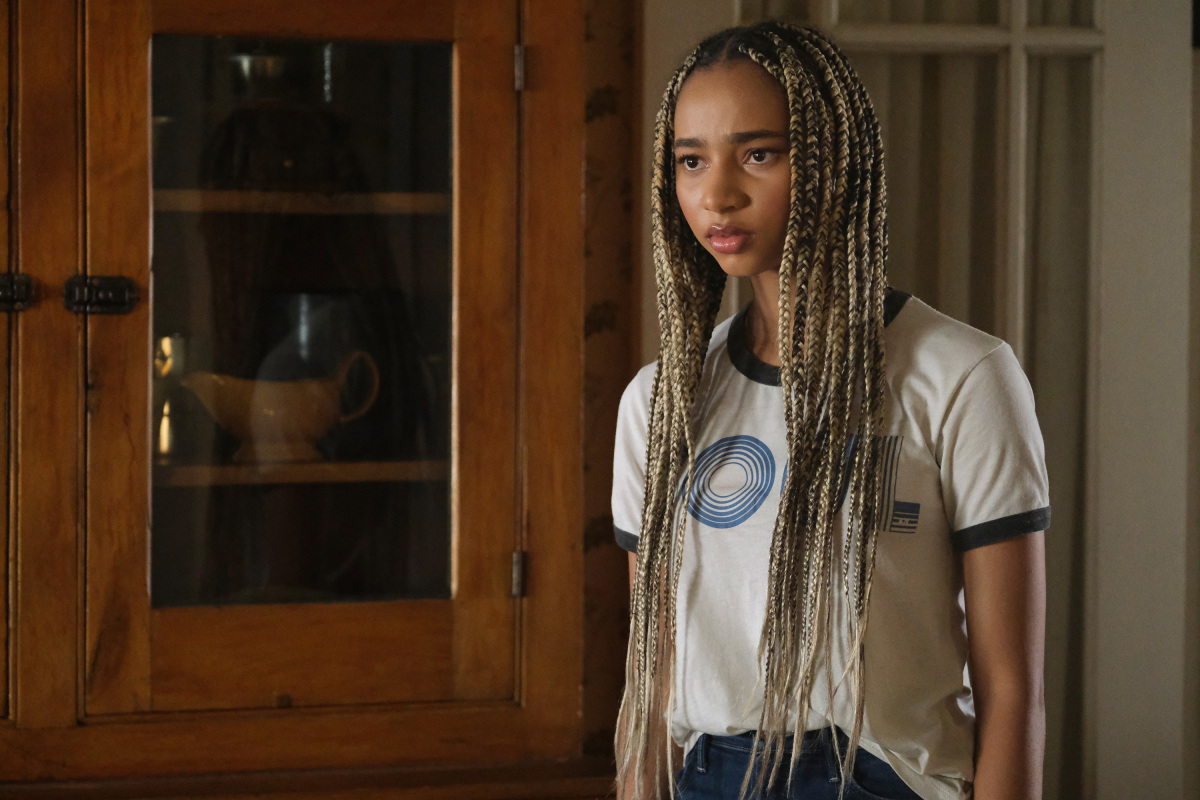 In Superman & Lois, The Man of Steel Faces a New Menace: Teens

Parenting plays a significant role in Superman & Lois. It’s the reason the Kent family moved to Smallville and the motivation that keeps them trying to succeed there. The importance of maintaining his family’s safety keeps the stakes high for Clark Kent (Tyler Hoechlin), and the frantic nature of his wife’s (Lois played by Elizabeth Tulloch) investigative journalism career brings more than enough drama to the town. Last season, Lois and Clark’s teenage boys, Jordan (Alex Garfin) and Jon (Jordan Elsass), joined the football team, made problematic friends, fell in love with girls at their school, and learned to manage Jordan’s superpowers.

This season, the Kent household grows by two when Lois decides it’s important to get to know John Henry Irons’ (Wolé Parks) daughter, Natalie (Tayler Buck) —who shocked us at the end of season one by arriving in Smallville on her own from an alternate timeline— because, in another universe, she is Natalie’s mom. The writers tenderly thread Lois’ reckoning with Natalie’s arrival into her grief over a miscarriage explored last season, and (more clumsily than sympathetically) entwine Lois’ feelings of abandonment by her own mom into the decision.

After careful consideration, Lois resolves that she can’t allow Natalie to experience the maternal abandonment she felt, even if she’s not technically her mother —so John Henry Irons and Natalie move into the farmhouse with the Kents. Home is now a place for collaborative strategy meetings between the three parents, conveniently alternating who drives the kids to school, awkward breakfasts prepared with good intentions, and Natalie walking in on the brothers talking about girls to offer sage advice from her perspective. They’re a blended family now, multiverse siblings living under one roof, and the boys (good kids that they are) are nothing but genuinely, effortlessly welcoming.

Natalie Irons is a self-assured, vegan, Madden-playing engineering genius who helped her dad (John Henry Irons aka Steel) build a suit that saved many lives in season one —and gets a fantastic slow-motion mechanical tear-apart shot in episode three of the new season. Though doing her best to make the situation work, and hopeful that this is the fresh start she deserves, Natalie’s honest about her frustrations when she’s alone with her father: It’s difficult to fit in when her best friends from her universe do not recognise her at school this one.

Worried about her dad getting involved in helping Superman in this universe, she’s willing to give it a shot because they’ve faced a major attack from a new mysterious supervillain. It looks like the Irons pair are about to reconstruct their tech-hub bunker in the Kent family barn so they can get back to their super-tech work. But we still don’t know how or why she arrived in this timeline…

When Natalie meets Jordan’s girlfriend, Sarah Cushing (Inde Navarrette) at school, there’s an immediate connection between them, and things seem to improve. Sarah has come back from camp with a secret that makes her hesitant to spend time with Jordan (“I kissed someone at camp… Her name is Aubrey.” she later confesses to him.) and chooses to hang out with Natalie instead, bonding over the car that Sarah’s building with her dad. Elsewhere on Superman & Lois, Sarah teaches her mom (Lana Lang-Cushing, played by Emmanuelle Chriqui) to use Instagram Live as part of her campaign to run for mayor of Smallville.

When Sarah eventually tells Jordan about the kiss, it’s delivered with the wide-eyed, quiet innocence of a girl simply telling the truth and waiting for a response. She says that the kiss, which blossomed from a camp friendship, meant nothing, and that she still wants to be with Jordan. Though there are still many avenues for their relationship to take a left turn, it seems that the show is going to allow for their sweet teenage romance to continue.

Alex Garfin’s portrayal of Jordan’s heartbreak at Sarah’s confession is staggering, and highlights how much heart his performance held over the past season; Jordan’s beaming smile and innocent adoration for Sarah endeared him to the audience so much that it hurts to watch him be betrayed —even in a moment wrapped up in conflicting emotion for Sarah. In the days that follow, Natalie suggests to Jordan that he is keeping a much bigger secret than Sarah was (his Kryptonian superpowers) and invites Jordan to consider that at least Sarah told him her truth. This leads to a heated argument with his father (literally, an enraged Clark loses control of his heat vision) after asking for permission to tell Sarah their family’s biggest secret.

Clark’s recent debilitating visions, bursts of rage and malfunctioning heat rays are all related to the mysterious, villainous “thing in the mines”, now revealed to be Superman & Lois’ take on DC Comics’ Bizarro. But even in the frightening moments, his family holds fierce around him. Jordan reminds his father that he had similar attacks when he first gained his power, and offers his assistance in the times when Superman is left unable to defend himself. Jordan even convinces Clark to take him on a secret mission to meet with his evil, estranged, Kryptonian brother (Tal-Rho played by Adam Rayner) where they have an emotional reunion with a past consciousness holographic version of Superman’s mother.

When Jon (Elsass) witnesses his dad in the middle of an attack, urgently firing all his heat vision into his own hands, scarring them, he stands firm by Clark. The teenage boy remains fiercely loyal to his family, and supremely reckless with his own wellbeing. Jon, who in the break between seasons it was announced would come out as bisexual in the comic, is still very heterosexual here and still dating unfathomably forgettable girls. He also still has no powers, but his unwavering support for Jordan is charming as ever, and an impressive power of his own. Jordan Elsass plays brotherly affection with a sparkle in his eye that radiates playful, unconditional love.

At the start of season two, Lois catches Jon in bed with his girlfriend, which leads her to use Clark’s emergency signal to call him home to scold his son and give the boys a talk. The show then makes the questionable choice to turn this moment into a “you’re too young to have sex, ask me questions when you’re older” talk. (Especially after having just caught their son in bed with his girlfriend!) I found it quite alarming and irresponsible that a major network whose central storyline depicts a family-raising teens would choose to follow the abstinence-only sex-ed tactic, without mentioning any safe sex practices. Not even a throwaway line about condoms!

Jon brushes off the sex talk by jokingly telling Jordan that their dad has only ever slept with their mom. Right now, Jon’s believes his only actual problem is that a boy on his football team is suddenly faster and stronger than he is. And he’s right to be suspicious! It appears that local teenagers are using black market X-Kryptonite to enhance their physical abilities —but they don’t know that’s what it is. Jon’s competitiveness with local jocks leads him to the door of his rival’s dealer, where he hopes to buy the mysterious enhancement drugs for himself. This is dramatic and chaotic for several reasons —most intriguingly because these “drugs” could theoretically lead to awakening Jon’s own dormant powers, if the powers that be at The CW deem him ready for them.

Superman & Lois continues with the many spectacular qualities that put it on our list of the best TV shows of 2021: Breathtaking special effects, local and international politics, questioning Lois’ journalistic integrity, and problematic military involvement. With new threats around every corner, and a whole new side of the family to fight alongside the Kents, season two is certainly shaping up to be a wild ride.

The Afterparty: Who Killed Xavier?

The Book of Boba Fett Chapter 5 Offers a Complicated Detour