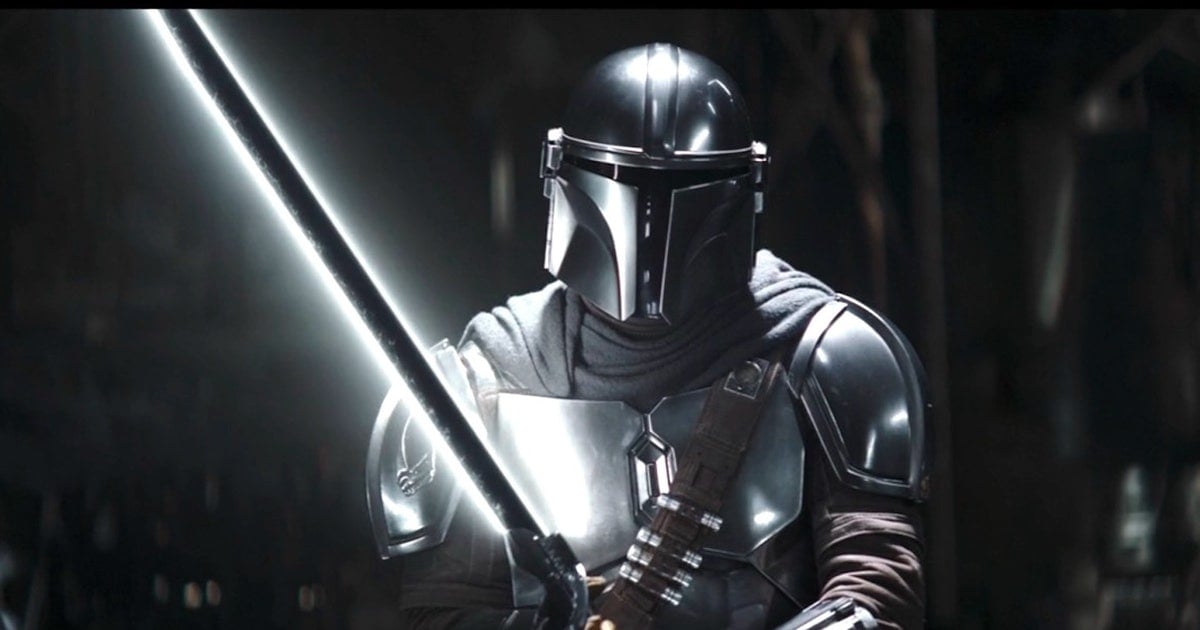 Last week, The Book of Boba Fett returned to a high after the series halted to slow chase scenes and odd narrative choices that pushed its leading plotline backward rather than forwards. As “The Gathering Storm” ended on The Mandalorian’s famous motif with Boba Fett seeking muscle, fans were expecting Din Djarin to make a loud comeback as he works alongside the franchise’s first beskar-built warrior in the next chapter. “Chapter 5” of The Book of Boba Fett is a complicated detour that will have fans divided on its placement. While it is a great episode in its own right, “Return of the Mandalorian” is a full episode of The Mandalorian under The Book of Boba Fett title–and that seriously could not be understated. As The Book of Boba Fett continues to reach new highs, it will only have fans questioning where this series is actually going.

Going completely off course from the rising Pyke Syndicate conflict, The Book of Boba Fett’s latest episode does not feature Boba Fett– Fennec Shand makes an appearance at the end, but otherwise else “Chapter 5” never acknowledges what the other episodes have been building up to. Taking place after The Mandalorian’s second season finale, “Return of the Mandalorian” follows Din Djarin as he adjusts to his old bounty hunting life with new feelings. Dissasimiliating with his kind and depressed about the loss of the child, the Mandalorian ventures across the galaxy as he faces the consequences of his show’s last events. “Chapter 5” has a lot to digest, but upsettingly contains nothing that has to do with Boba Fett’s endeavors into crime. “The Return of the Mandalorian” is another episode of The Mandalorian and not The Book of Boba Fett. Its odd placement in the spin-off series will have fans divided as the titular crime lord arguably continues to be treated unequally to his fleshed-out inspiration.

“Return of the Mandalorian” unsurprisingly packs a heavy amount of emotion and depth as it explores the depressed bounty hunter’s hardships after handing over Grogu to Luke Skywalker. As to be expected from a standalone episode featuring Din Djarin, viewers are able to instantly connect with Mando on an emotional level after seeing how the loss of the child, Razor Crest, creed that adopted him, and his allies have all taken a toll on him. The focus of the chapter may be swept away from the real titular protagonist of the show, but “Return of the Mandalorian” offers what fans of The Mandalorian have been waiting to see since the second season’s final episode and a promising setup for the finale of The Book of Boba Fett. Between Mandalorian history and Din Djarin’s visible struggle to bring in foes warm or cold, there is a lot to appreciate about the newest chapter even if a lingering sense of confusion is always present.

Ironically, “Chapter 5” solves The Book of Boba Fett’s biggest problem yet; finding a balance between two different stories it wants to tell. While both are taking place back-to-back in the same time period, “Return of the Mandalorian” fixes The Book of Boba Fett’s core issue of swooning too much into one story over the other it is attempting to tell. The construction of Mando’s new ship and his departure from the creed are interesting stories that are given equal time to develop. They definitely contain situations and scenarios that could have easily have been Mandalorian episodes within themselves–especially the opening half of the chapter, which brings back The Armorer and Jon Favreau’s character Paz Vizsla–but each half blooms elegantly and builds careful weight to Mando’s livelihood along with the religion and beliefs he upholds.

Overall, director Bryce Dallas Howards has done a great job cramming in a lot of character development and action during The Book of Boba Fett’s longest episode as she continues Mando’s story with the best cinematic direction of any chapter yet. The first half of the chapter notably continues to build upon the history of the planet Mandalore and the Dark Saber without relying on boring exposition or overdrawn backstories–perhaps not as strongly as The Mandalorian has before, but still in an effective structure. The ample amount of dialogue Mando receives as he learns to use his lightsaber provides everything viewers want to know, and the trial by combat he participates in further certifies the importance of The Armorer’s words. Meanwhile, the following events where Mando gets his new starfighter offers nothing original in terms of Star Wars storytelling, yet it does work in the narrative’s favor as our hero meets back up with his Mos Eisley friend Peli Motto to find new footing.

Through all of its legends and hints of a larger world, “Return of the Mandalorian” does make one big storytelling pet peeve. Whereas The Mandalorian has always succeeded in telling its story without the need for showcasing flashbacks, The Book of Boba Fett does the opposite. Boba Fett’s series has awkwardly handled the classic “show don’t tell” experience. “Chapter 5” has a few instances where it probably should have withheld either small details or scenes for a better time. Showcasing Mandalore’s fate from the empire feels a bit underwhelming when there has been so much talk about the planet’s future appearance in The Mandalorian. “Return of The Mandalorian” has a few oddities that should have been saved for The Mandalorian. Does anyone also find it odd how Jon Favreau’s character is connected to one of Star Wars: The Clone Wars’ most important characters, and yet his history is only brushed upon? While viewers will be glad he is not taking the spotlight, hopefully, Paz Vizsla will have more to do when The Mandalorian returns.

On a side note, the amount of fan service done right in The Book of Boba Fett continues to be a highlight of the series–other Disney properties should be taking notes. Between Mando’s ship being cobbled together from an old Naboo starfighter and the appearance of BD-1, there are a notable handful of details that elegantly flow into “Chapter 5” without being sore points for fans to go wild over. Speaking of BD-1, there will be many questions surrounding the Jedi Fallen Order Droid’s appearance from his one cameo here. Why is Cal Kestis’ buddy hanging around with Peli Motto? Is Cal no longer alive, or is he also friends with the Tatooine engineer? Is Motto’s hanger becoming a children’s daycare at this point? With rumors of a Jedi Fallen Order sequel being announced this year, maybe Motto will show up in Lucasfilm’s game department soon.

Bryce Dallas Howard was obviously going to deliver a great episode of The Book of Boba Fett, but it’ll be difficult to digest just how little is going on here when none of these events have to do with the titular crime lord. Even with some of the best cinematography and emotional weight the series has had to offer so far, “The Return of the Mandalorian” upsettingly adds nothing to the story of Boba Fett–its almost as if Lucasfilm wanted to make more of The Mandalorian before production for its third season began. It is a great entry in continuing Din Djarin’s journey across the galaxy, but the placement of “Chapter 5” in The Book of Boba Fett is all-around questionable. Hopefully, the final two episodes will be all plot and no filler as Boba Fett gets to wrap up his long-awaited series with a bang. This week was no disappointment, but the episode’s content feels like something we should be seeing in The Mandalorian’s next season rather than The Book of Boba Fett’s climax.