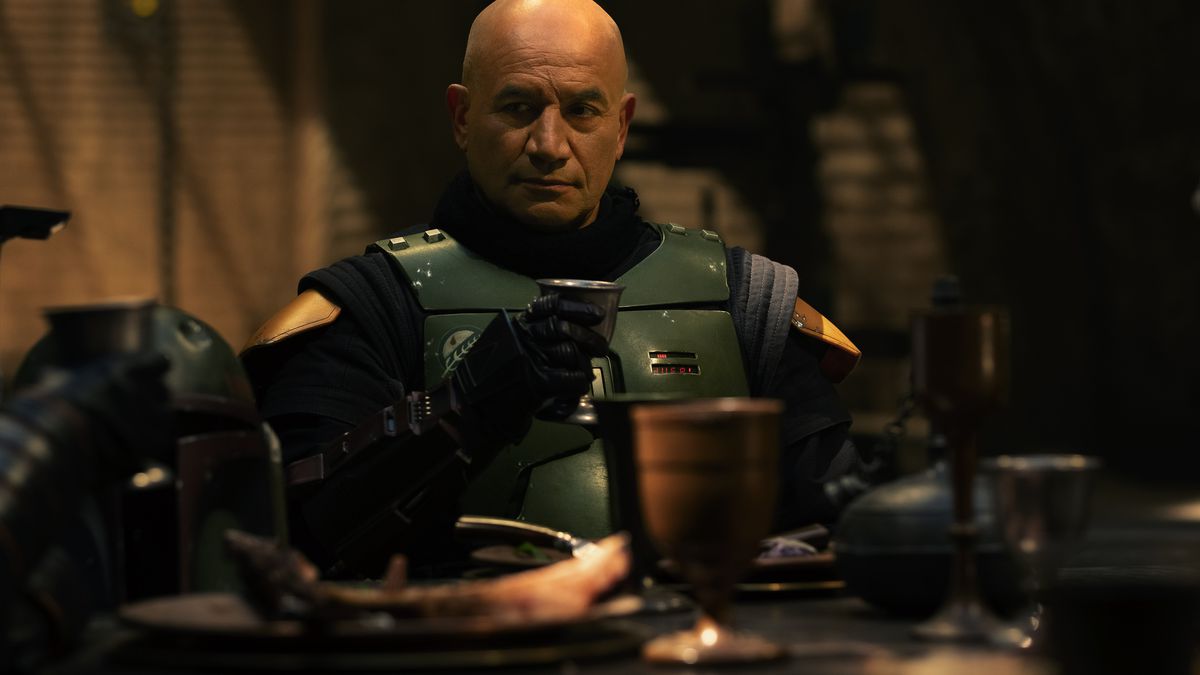 The Book of Boba Fett — Chapter 4 “The Gathering Storm” Review

The crime lord’s time to truly take his place as daimyo is thankfully here. Last week, The Book of Boba Fett saw quite a downturn with its slow-paced and meandering episode “The Streets of Mos Espa”. As the series departed some of its interesting players and repeated ideas already done better in the prior episodes, “Chapter 3” only left fans worried as to where The Book of Boba Fett would be heading during its back half. Luckily viewers can rest easy as the show expresses and fleshes out its direction. “Chapter 4: The Gathering Storm” makes a massive leap forward when building upon everything The Book of Boba Fett has established so far. Whereas last week made several wrong moves in showcasing the new characterization of the titular former-bounty hunter and his upcoming war with the Pyke Syndicate, “Chapter 4” steers the show into a concise, cohesive, and exciting course that fulfills expectations.

Editor’s Note: Spoilers ahead for this week’s review of The Book of Boba Fett. If you have not seen “The Gathering Storm”, come back after you watch it!

Wrapping up its attempt to multitask two vastly different tales, The Book of Boba Fett’s fourth chapter completes its missing Tatooine survival story and aims to focus on the titular protagonist’s future as a crime lord. For the first portion of “The Gathering Storm”, Boba Fett finally reflects in his bacta pod on the day he saved and befriended master assassin, Fennec Shand. After explaining how Fett retook his ship and conquered the throne Bib Fortuna sat upon, the second half of the episode gets straight to the point as it looks forward to the underworld story that many viewers believe should have been the show’s focus. “Chapter 4” is an absolute recourse for The Book of Boba Fett that does not pull back on exploring the character’s newfound appreciation for loyalty, rulership, and mutual stasis. It is ultimately the best chapter so far as players and plot points become benefactors as the show caters to its own needs.

From the action to the character building, everything part of “The Gathering Storm” is exactly what The Book of Boba Fett has yearned to have since its initial premiere. While the show has had its share of fantastic moments, it has not felt quite on par with its older brother The Mandalorian in terms of storytelling quality and presentation. Boba Fett’s standalone series has a distinct identity, style, and focus, but the first three chapters were undoubtedly in need of stronger character moments and time to build upon its leading cast. “Chapter 4” comes off as an answer to many of the complaints viewers have had against the series. No moment is wasted as “The Gathering Storm” forges a concrete future.

Where “The Gathering Storm” thrives most is in how it echoes many audience questions and concerns regarding The Book of Boba Fett in its entirety. All around, the episode is a highly entertaining adventure with action that helps enhance the drama, but its deeper moments that look at Boba Fett’s future goals and current standings on life are the highlights. Throughout “Chapter 4”, both the conversations and actions Boba Fett and Fennec engage in help flesh out their individual characterizations. No matter if they are seeking the pedestal of crime or chasing down gangs with a vengeance, the two leads are constantly receiving the chemistry and character-building they deserve. The sense of loyalty and honor the show has always leaned in on is at full display here. For the first time since their return in The Mandalorian’s second season, Boba Fett and Fennec Shand feel like actual partners rather than another Star Wars bounty hunter pair. The two may take some time to sit around campfires and talk, yet those moments never slow “The Gathering Storm” down; they only develop Boba and Fennec’s bounty hunter sense of brutality and determination.

Best of all, the action they get involved in to push their goals forward is just fantastic. Outside of the Tusken Raider fight scenes and some of the titular character’s gaffe stick choreographies, The Book of Boba Fett’s action has felt flat for the most part. Between sneaking into Jabba’s Palace for a grand escape and blowing up the Sarlacc Pit with a seismic charge to find beskar armor, there are so many tense moments to love that double down on the unique vibe live-action Star Wars on Disney+ has flourished from. Those two aforementioned sequences involving the iconic Return of the Jedi locations are seriously some of the best action scenes there have been in a live-action Star Wars show yet. It’s not just Boba and Fennec though who get the royal treatment on-screen though–even Black Krrsantan gets an incredible moment when the big bad Wookie is given the opportunity to demolish a group of Trandoshans before ripping off one of their arms.

And speaking of, the minor characters who look awesome but have not had much to do get to shine with “The Gathering Storm”. As you can probably tell by now, Ming-Na Wen (who is by far the shining character of the episode) gets to explore Fennec’s survival and loyalty to Boba Fett for the first time. Black Krrsantan’s intimidation and unease is turned up to eleven. Even Jennifer Beals who plays the twi’lek club owner Garsa Fwip manages to get a shot at the top–her appearance during “Chapter 4” is extremely short, but well placed and acted as it notably develops her and Krrsantan in one scene. Thanks to a lot of the world-building and character development this episode, people who seemed out of place like the mechanical gang introduced in “The Streets of Mos Espa” are given a practical placement in The Book of Boba Fett. There isn’t a single character who did not get to benefit from this week’s mixture of engaging conversations, thrilling action, and exciting climax.

As The Book of Boba Fett passes the halfway point, the series is starting to unfold its incredible potential. With the closing of the tale of Boba Fett’s return and a now razor-tight focus on modern events, many of the show’s previous problems slowly dissolved with “The Gathering Storm”. Despite the fact that the Twins were thrown away last episode, The Book of Boba Fett manages to get back on track by establishing its new conflict and goals. With a music motif hinting at the return of Pedro Pascal’s Mandalorian Din Djarin and a war brewing between the Pyke Syndicate and crime family, every piece is rapidly falling into place for The Book of Boba Fett. Let’s all hope that the next chapter will really ramp things up further after this week’s thrilling endeavor’s into Boba’s newfound code of honor and mutual benefits. With the prospect of the show potentially reaching into the Fett family’s placement in Mandalorian history, Boba’s series is building and fulfilling an exciting future.