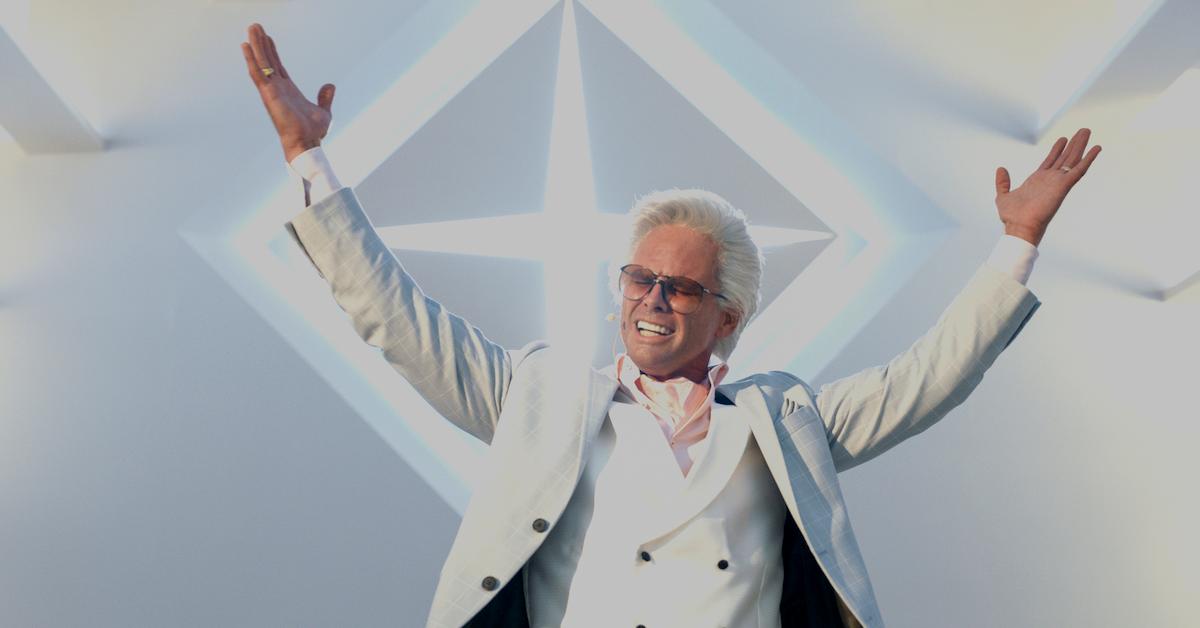 “As to How They Might Destroy Him” offers a dramatic crescendo of Biblical proportion, bookending what is ostensibly a filler episode (sorry BJ) with two extremely important intergenerational inflection points between father and son. By doing so, The Righteous Gemstones not only further enrichens its rapidly expanding world – it sidesteps the trappings of an otherwise pedestrian episode with two tantalizing developments; Baby Billy running towards his estranged son, and Eli Gemstone running away from his own family.

Between those two moments is a glorious occasion, only held back by The Righteous Gemstones‘ occasional struggles with narrative pacing; outside of bringing the Barnes family (and some more tragic backstory, courtesy of BJ’s 1990 escape) into the TRG fold, most of “As to How They Might Destroy Him” repeats a lot of the beats from the first episode of the season; Judy’s ego is out of control, Kelvin’s army is making everyone feel weird… and Jesse, completely unfazed by the destruction he rained down upon his family but a few years ago, is stuck trying to tread water with the Lisson and the Zion’s Landing investment.

There’s really not a lot of development to be had here; which is strange, making most of “As to How They Might Destroy Him” feel strangely hollow. The episode is hyper focused on drawing out the conflict between Eli and his children, with each party openly expressing their disgust at each other at various points; as one might expect, the Gemstone children are way too selfish to see the existential crisis Eli is facing (look no further than Judy yelling at her father for being “low energy” during the baptism ceremony). But the episode does so by leaning on already-exposed nerves, without much reason to do so except to serve as fuel for the climactic moment.

There’s no doubting the Gemstone toxicity, of course; how BJ treats his own family during his extremely gaudy reception serves a perfect examination of why maybe Baby Billy leaving running away from his first son was the best thing that might’ve ever happened to him. Once BJ is adorned in his shiny romper (with a cummerbund), he’s already become an insufferable Gemstone, screaming about protecting the family name while hurting the ones who love him the most (in that way, fitting right into the family), especially once his sister KJ finally calls him out on his bullshit. Whatever is in the water at the Gemstone compound is palpable (and most certainly not holy); where the end of season one presented BJ 2.0 in a favorable light, season two has offered some interesting vectors to examine how the power and influence of being a Gemstone corrupts the soul – even the most innocent, welcoming of those souls (if BJ was handed an Outback steakhouse blooming onion right now, I bet he’d spit on it).

Though BJ’s party does nothing to offer interesting new developments to his brothers-in-law (Kelvin and Jesse are already reeling from Eli denying them their passion projects), what it does is provide an important avenue to frame the opening and closing scenes of the episode, which take a bit of a deeper look at the cause and effect of the Gemstone hypocrisy, and what happens when the two patriarchs of the series are faced with the consequences of their deepest regrets. Though his quiet transformation across 13 episodes has mostly been played for laughs, the BJ that is reborn in “As to How They Might Destroy Him” is a very different monster than the one Judy started dating years ago; that corruption of self and rejection of family prove to be a sinister force thrust upon the souls of Baby Billy and Eli.

For Eli, it is perhaps the last straw; the stress of Maniac Kid’s past creeping up on him, combined with his children’s all-out assault on his (increasingly digital) empire, has driven Eli to a very dark place. He openly admonishes his children and who they’ve become – and after being threatened by a flexing muscle man (presumably under the guise of Junior), Eli has reached complete Don’t Give a Fuck status. Not surprising that he ends up kicking his youngest son’s ass – but when he goes Maniac Kid on his own son and breaks his thumbs, The Righteous Gemstones takes an abrupt turn and plunges itself into absolute darkness (a true ‘breaking’ point, if I may).

Pairing that moment (and what follows, when Jesse and Amber take Eli’s ride home and are greeted by a shooting gallery) with the opening set 30 years prior, where Baby Billy leaves his son staring at a Christmas gift in a mall pet store, help ground a scattered episode with stories of fathers with broken hearts. The opening scene, set in 1983 while Baby Billy is shopping with his first wife, Gloria, is as heartbreaking and horrible a moment as TRG has offered; while ostensibly shopping for Harmon’s birthday gift, Baby Billy abandons his wife and child (saying farewell to half his assets for the first time, in the process), after telling his son Harmon that he loves him – if there’s a more painful way to break a young boy’s heart, I can’t imagine what it was.

Nearly forty years later, after seeing what happens to Eli’s relationship with his children, and facing down a second chance at doing fatherhood right, Baby Billy is suddenly – and mostly wordlessly, in a very telling turn of events – compelled to hit the road and find his son (whom, by the way, Tiffany knows nothing about). Seeing Baby Billy hit the highway is mostly used as a tease for the episodes to come, but it offers a rather stark parallel between Billy and Eli; as Billy races to save his relationship with his son, the chasm between Eli and his children has never been larger, with Kelvin physically assaulting him, and the prodigal son and daughter rejecting his love in favor of their own selfish pursuits.

There are, of course, darker forces lurking at the edge of the fractured Gemstone family; and with no God Squad to protect the compound, Junior’s thugs and whatever else comes of Thaniel Block’s murder (not to mention the unresolved bodies of season one) are legitimate threats; the image of Aimee Leigh’s destroyed portrait serving as a prophetic image for how fundamentally broken and exposed the empire is – and more importantly, how lost its forsaken king has become.

Directed by Danny McBride, I’ll admit I expected a bit more from “As to How They Might Destroy Him” and how it fills time between those two moments, but perhaps the episode is worth it alone for the image of the Gemstone children standing in the half-empty baptism pool (in the shape of a cross, of course); with the illusion stripped away, it is easy to see that the Gemstones in fact, cannot walk on water – once the toxic façade is pulled away, one can no longer be deceived as to the hollowness of their image, their faith, and their loyalty to each other (if you need a shining example, please see every single time Judy speaks in this episode).

Though “As to How They Might Destroy Him” feels a bit imbalanced, stalling through most of its running time only to escalate rapidly in the final moments – literally ending in a hail of machine gun fire – the presence of the Baby Billy and Eli scenes make the scattered affair worth it. As The Righteous Gemstones leans harder into becoming a dynastic soap opera, these inelegant rhythms may just become a part of the show’s DNA – however, if the show continues to layer in the powerful emotional beats alongside its more outlandish elements, the hiccups and occasional distractions will be more than worth it.