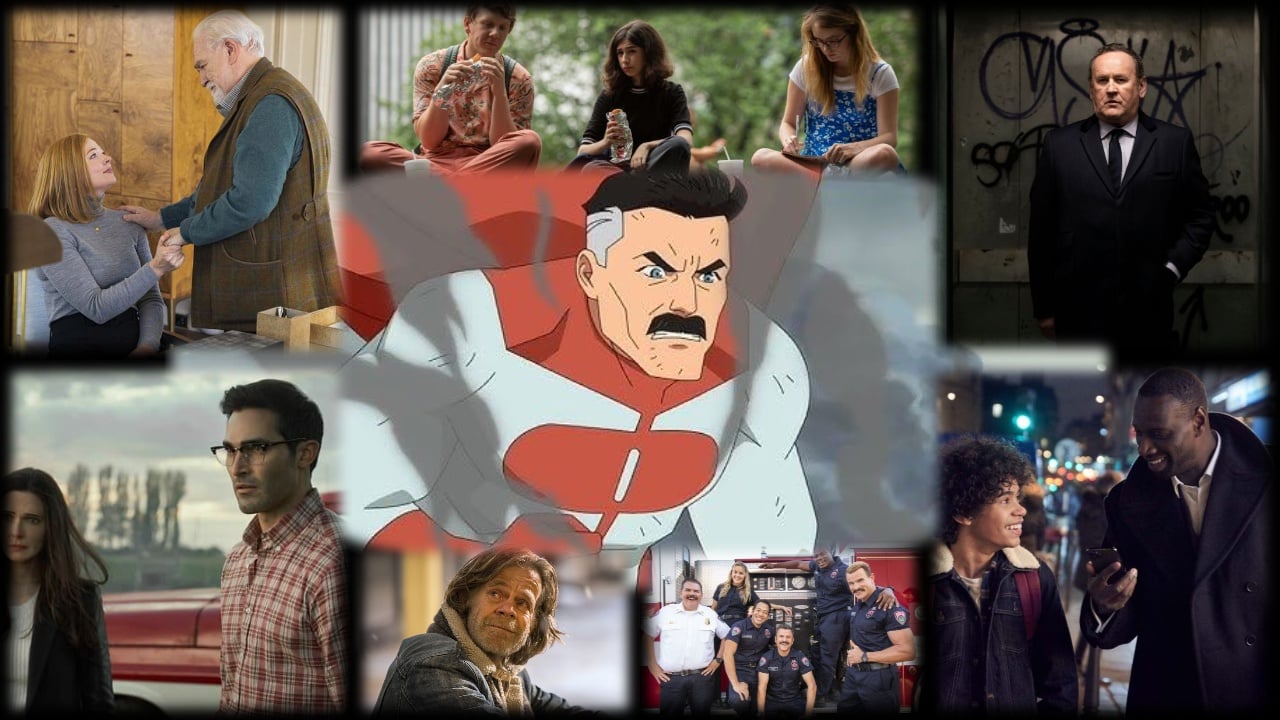 Fatherhood is complicated and difficult, but rewarding, and not everyone’s going to put in the effort to experience the many sides of being a dad. In the past, we have seen a wholesome dose of family men on screen who are depicted as well-intentioned and wise, if occasionally misguided: The TV dad realm would not be as wonderful without the lovable, clueless Phil Dunphy from Modern Family, or The OC’s surfer-lawyer with excellent eyebrows, Sandy Cohen. Nor would it be complete without the unapologetic messes that are Homer Simpson, Arrested Development’s George Bluth Sr, and the men on both sides of Billions who barely seem to know their own children.

But the last year of TV has presented us mainly with dads who are somewhere in between. –A more authentic depiction of fatherhood that could be said to highlight the fact that sometimes it’s not about a categorical ‘good’ or ‘bad’ father, because sometimes, as humans, we are both. In these shows, we consider that the importance is in the intentions, and the quality of the actions these dads show their children.

Assane Diop (Omar Sy) is doing the most – in life, in crime, in debt to his father, and… not necessarily in respect to his son, Raoul. Though he absolutely adores Raoul, and was overjoyed from the moment he discovered he was going to be a father, Assane could certainly be doing more. He doesn’t see his son as regularly as he should, and he doesn’t always send money for him on time, but his heart is in the right place. Assane spends the majority of his time fighting for retribution for a grandfather his son did not get to meet.

In Lupin: Part 2, we see that love for Raoul turn into desperation as Assane goes full Liam Neeson in Taken “I will find you and I will kill you” in pursuit of his son’s kidnapper. When Assane later rescues and explains the situation to his son, after everything he’s been through, Assane gives him permission to ask him to end this madness: “Tell me and I’ll stop.” When Raoul tells him to continue his revenge plan, and manages to follow along while reading the Arsène Lupin novels, the father and son are brought closer together in the hopes that things won’t always have to be this way.

The heart of this superhero show, and the defining factor of The CW’s direction with Superman & Lois is that this Clark Kent (Tyler Hoechlin) is the father of a young family in a complicated situation, and he’s not always getting it right. He struggles to balance being there for his wife as she goes rogue on journalistic escapades and confronts billionaires. His son suddenly needs to be taught to manage powers of his own, while the other son learns to cope with being very much human. Clark’s father-in-law is overpowering in both his work and home life, and the show gives his room to navigate his own way through it.

He makes the decision to join the coaching team on his son’s football team, making sure to remind his sons that they are the most important thing in his life; They work together to set up a candlelit dinner for his wife in the barn. With a stockpile of kryptonite hidden somewhere inside his town, Clark can’t always be indestructible, but in the world of Superman & Lois, his family is always his strength.

When fire station Chief Terry McConky (Kevin Heffernan) is first confronted with the issue of his daughter joining the ranks of raucous firemen on his team, things did not go well. Two seasons in (with the third on its way) nothing has changed at all, except that Lucy (Hassie Harrison) has seamlessly blended into the ‘inappropriate’ world of fierce gambling, fart jokes, comparing sexual histories, and literal endless pranks.

It’s clearly difficult for him to include his daughter in the outrageous antics that his crew engages in (and his troublemaking crew takes advantage of that fact regularly, with hijinks galore) but he comes to know that she is just as capable of one-upping as the men are, and the result is a show that feels more vibrant, cheeky and delightful than it has any right to be.

Nicholas of Everything’s Gonna Be Okay

Freeform’s Everything’s Gonna Be Okay puts Nicholas (Josh Thomas) in the position of suddenly raising his American sisters after their dad dies. He is wholly unequipped for the task and this does not change as the episodes progress. While dealing with the death of one father figure, this is a show that gives us a charming but inappropriate man in its place.

Nicholas finds motivation in having to care for his charming, strange, poetic, adventurous little sisters (played by Kayla Cromer and Maeve Press) and does all that he can to usher them into the grown-up world of funerals, first dates, college applications, and spontaneous sex parties with grace and kindness – all while fumbling through his own dating life and long-distance relationship with his quirky mother.

Likely the most iconic TV dad of this year, Nolan Grayson’s reveal as a certified terrible guy made us all collectively shudder. Though categorically not a good dude, in terms of putting in the effort to be a father, it’s arguable that Nolan thinks he’s being a good dad: He’s committed to training and guiding Mark to show him his heritage working with him to achieve something important.

Sure, he keeps secrets from his wife, is lying to his boss, murdered his colleagues, and believes genocide is appropriate. But as a father? Arguably, his heart is in the right place.

And Those Who Aren’t…

Gangs of London is a magnificently violent unraveling of the international gangs affected by the death of Finn Wallace (Colm Meaney). Present only in flashbacks and the haunting atmosphere of terror that he left behind, it is clear that he was an ambitious, unforgiving father who held his power over all those who worked for him. Finn was the head of a criminal empire, with a family beholden unto him and leading a secret life that is uncovered by his wife and investigators as the season progresses.

In Finn’s place, his trusted friend Ed Dumani (Lucian Msamati) takes the reigns on some important aspects amidst the power struggles, at the risk of causing more friction between their two families. Both men have commanded the room, and an army of thieves; Both men have led their sons astray. But Finn is in control, even from the grave, as the mess that his murder has made seems like it will never be cleaned up.

It goes without saying that Succession’s “Boar on the Floor” scene is burned into the eyes of every single person who watched the episode. The environment Logan Roy (Brian Cox) has fostered around him is uniquely unhinged, none so evident as in that scene; Though no matter which room he is in, that fact never goes unnoticed. The Succession cast clambers over each other to gain his approval, or at the very least, to avoid his punishing disapproval.

His children’s self-esteem, careers, even their romantic relationships seem to hang on the edge of his every whim. Kendall’s (Jeremy Strong) most viral show of adoration for his father: the “L to the OG” rap performance which will never leave the internet or our hearts. But the depth to which Logan is willing to let his children (and even children-in-law) fall for his failures is profound, and somehow still shocking every time a new low is revealed.

It would not be a list of TV dads without William H. Macy as Frank Gallagher, who we said goodbye to this year as Shameless ended its run. The only thing reliable about Frank is how unreliable he is. He’s creative in the methods of exploiting his children and every single loophole he encounters, regularly showing us that there is no line he would not cross to get alcohol, drugs, or easy money – no matter the cost to his children.

Even when he wasn’t around on the show, the disdain and bitterness in the hearts of his children were unmistakable throughout the show. When he is around, though, life is a wild ride with endless surprises. Frank Gallagher was a joy to have on screen for the audience, and a total nightmare for his family.

In Defense of Good Girls