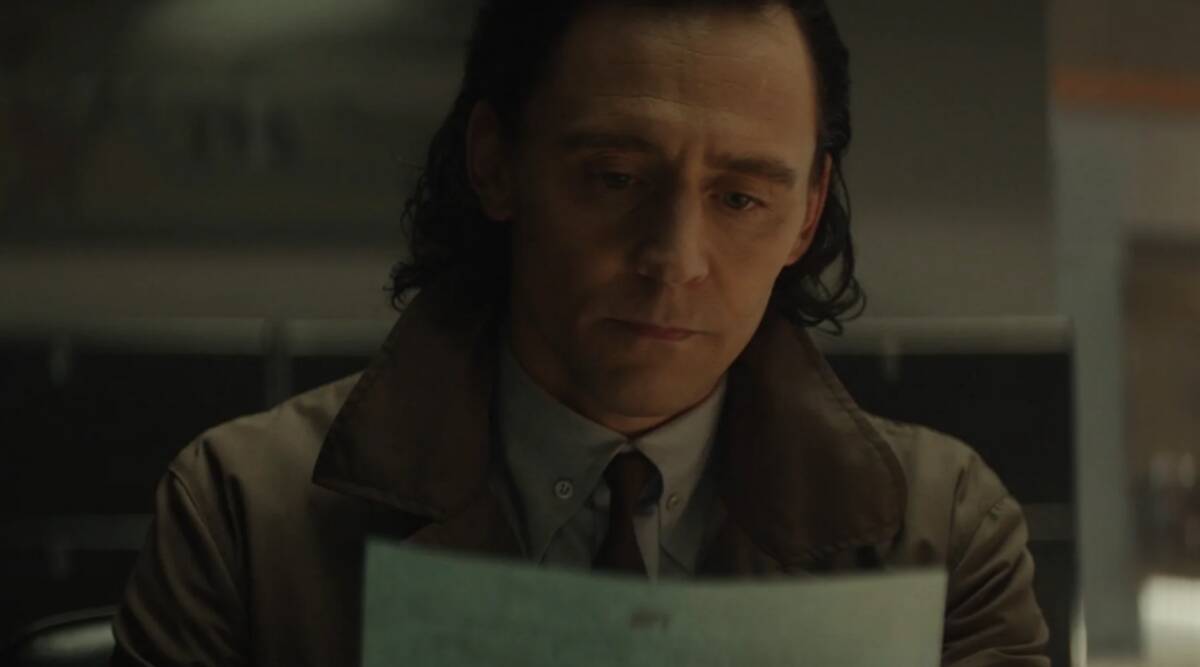 Coming off the hightails of its fascinating introduction, Marvel Studio’s latest Disney+ series Loki is back to bring more action, theory, and philosophy to audiences of the blockbuster franchise. This time around taking a few notes from that of Mindhunters, the tale of two Lokis continues to push forward as the god of mischief and his new allies make some major developments in yet another great episode of the time-twisting series. As Loki is only one episode away from reaching the halfway point of his latest adventure, Marvel Studios makes some wise choices in focusing on the leads as they pursue the introduction of the show’s overarching villain.

“The Variant” begins sometime after Loki’s latest doppelganger revealed themself to a group of TVA agents with a fiery blaze. Still reconciling with his current scenario and attempting to grasp what the flow of time is and how it exactly works, Loki begins to explore the meaning of the TVA all while Agent Mobius begins to put up with the variant he recruited. As the god of mischief slowly uncovers how the organization operates and the effects variants can have across the timeline, the former antagonist inches slowly closer to becoming slightly more in line with the softer version of the character viewers learned to love over the years. Loki is back to scheme with ease as he attempts to earn the trust of the other agents all for the purpose of meeting the lizard-like so-called Time Keepers everyone is always parading about.

If there is one key takeaway to immediately discuss from “The Variant” it is no doubt how fluid actor Tom Hiddleston’s transition has been since the last time we saw him. Loki went through plenty of trauma during the premiere episode of his titular series and viewers are well aware that his realization of the future will only cause more pain. However, this is not the same Loki that personally experienced the death of his mother and the destruction of Asgard. Rather than creating the same version of Loki that viewers previously saw during Thor: Ragnarok — one that was more hero than villain — the show is making itself clear that this is a familiar interpretation of the character but one that recognizes his situation. What viewers receive during this follow-up is a Loki that clearly is still dipping into two sides of himself: one that shows order and another that reaps chaos.

While he definitely shows more of the former, Loki continues to flaunt his mischievous side in a script that clearly understands what the prince would be like had he heard of his future rather than experienced it. It brilliantly culminates into a version of the well-established character that can play into both his overly dramatic and humorous sides of life as he fights for dominance. As the show opens into its second episode, there is no denying that Loki’s strongest aspect thus far outside of cinematography and acting has to be with how it is always developing characters in ways that feel meaningful. Not only are their conversations continually thought-provoking, but the cast is always touching upon subjects that put a light on the show’s key ideas; the ideas of order and chaos are being laid out and discussed significantly. The show obviously wants to give a purpose to time itself and not make their characters seem meaningless in a planned universe of events.

As audiences get to see a new side of him, the god of mischief is as manipulative and deceptive as ever before but the other key players are also pulling their weight too in terms of placement within the narrative and exhibiting their own unique traits. Where episode two shines most is with the character dynamics that constantly are unfolding the truth. Hiddleston and Owen Wilson are evidently having a blast in their roles (again, as to be expected) and that just makes Loki all the more enjoyable. Between the wisecracking of both leads, their drama and personal problems being developed are played off as extremely believable. Mobius and Loki are equally able to humanize one another this time around as the two get to spend time discussing their perspectives of a cruel world and just simply working together on the task at hand. The audience easily can connect with Mobius’ frustration, yet they also are able to feel for Loki’s nonchalant attitude.

On top of the two main characters though, the villain also manages to develop themself through a curious string of actions. One of the biggest concerns currently revolving around Marvel Studio’s slate of television shows often discussed by both critics and viewers is the lineup of villains. While Agatha Harkness certainly played a great deal in WandaVision her appearance boiled down to really only mattering at the endgame of the season and The Falcon and The Winter Soldier’s group of revolutionaries was practically laughable as they lacked any personality whatsoever and had little to no screentime to shine. Loki is by far the quickest out of the three to introduce the main villain. As Sophia Di Martino’s character makes a grand reveal before the halfway point of the season, the show takes a needed step after using the premiere to build upon what the TVA is along with Loki’s current situation. While I will not say exactly who she is here, Martino’s portrayal of her Marvel comics antagonist is off to a thrilling start as she gives the protagonist a goal. If there is anyone who can rival the anti-hero that is the god of mischief, she has certainly proven that so far it’s her.

Loki’s second episode is certainly ramping things up for an interesting series jam-packed with delicious Marvel Comics source material, yet it admirably never manages to lose itself while diving into so much lore. As Thor’s brother continues to achieve new heights there is no doubt that Loki will just keep getting all the better. From the relationships between the main characters to the well-thought-out philosophies of “glorious purpose”, the series has constantly shined in both its writing and beautiful cinematography. Episode two certainly does mess with its tensions as it bounces between explanations and predator-esque action, but it never falters when it comes to developing its characters (old and new) and the overarching narrative. As Loki heads for its climax, there is no doubt that next week will bring all the thrills while releasing the contained tension the series has built thus far.