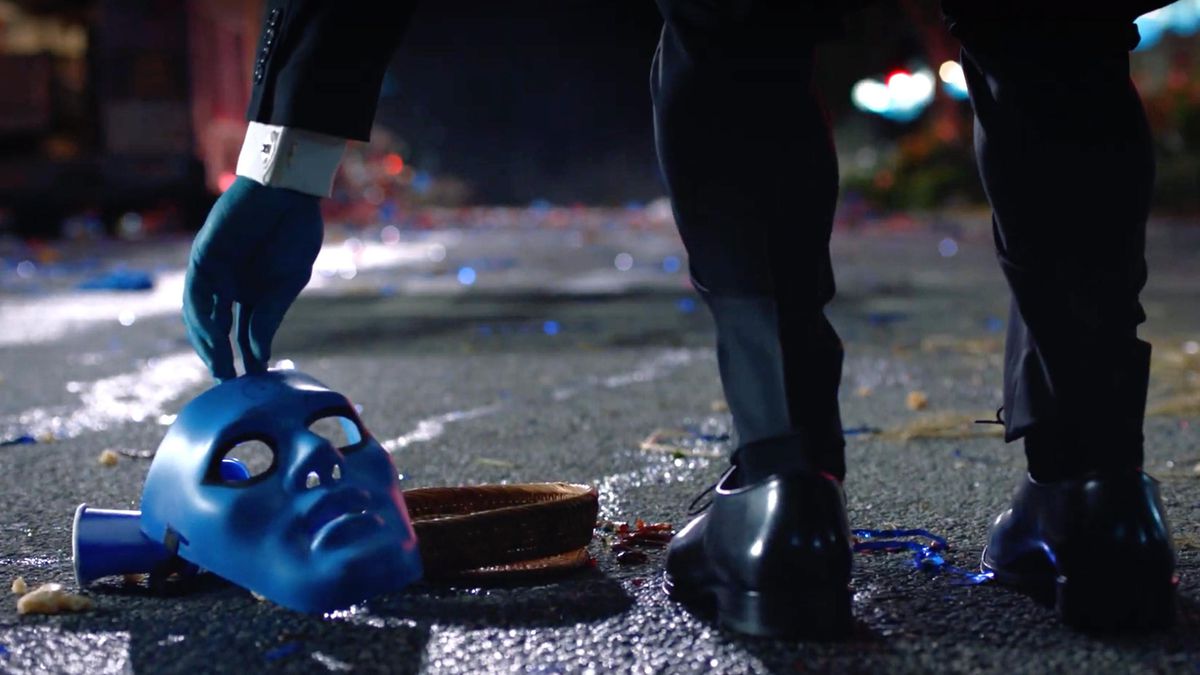 Alan Moore and Dave Gibbons’ seminal piece of comic literature, Watchmen, is often looked back on and remembered with the sort of reverence reserved for the works of Shakespeare or Mark Twain. It isn’t hard to see why. From its multifaceted characters to its scathing social commentary, Watchmen is truly a one-of-a-kind work and one that transcends its nature as a comic book even as it accentuates the things worth appreciating about the medium.

However, there is another aspect of the story that makes it tick, so to speak, and that’s the exploration of morality at the heart of the story. Centered around an alternate history where costumed vigilantes began to join the justice system and affect world events in the 1930s, Watchmen is as much concerned with the morality of those with power as it is with how they use that power.

Dr. Manhattan may be the most powerful being in the universe, but his god-like abilities put him at odds with his own humanity. As his powers grow, he finds it increasingly easy to dispatch any living organism with the simple wave of his hand. Further, as his understanding of the building blocks of life grows omniscient, he finds himself unable to see people as people anymore.

Similarly, Ozymandias possesses the intellect and financial wherewithal to study social issues and even affect a certain degree of change. Unfortunately, as The Comedian points out to him in a flashback, the world is going to hell whether he likes it or not. This, of course, leads him to his master plan: a simulated interdimensional alien attack on Earth. It is a hoax that costs millions of lives in order to be effective in uniting the global powers against an external threat, and yet unite the world it seemingly does.

There is one person who has a problem with this though. While all of the remaining Watchmen are horrified by Ozymandias’ plan, only one refuses to accept it. While the others decide that derailing the plan after its already completed would mean that all those lives were for nothing, Rorschach has a simpler way of looking at things. Unwilling to compromise, he lays out his intentions to let the world know the truth and consequences be damned. Manhattan, taking the responsibility onto himself, dispatches him with as much ease as any other organic creature.

Rorschach then, with his bigoted hatred and PTSD-fuelled mental illness, is the only character with enough conviction to stand up for his beliefs even at the cost of his own life. Strangely, the only other character who comes close to doing the same is the even more morally dubious Comedian. Murdered at the outset of the story by Ozymandias in order to keep his plan a secret, The Comedian is one of two main characters to die in Watchmen. It is interesting to note that both characters die for the same reason, even if they are killed by different members of their team.

On a smaller scale, the more idealistic Silk Spectre and Nite Owl flirt with infidelity throughout the story, even at the expense of their teammate and friend, Dr. Manhattan. Though these characters have their own infractions, their abuses of power are nothing compared to the aforementioned characters.

Still, this leads us to the modern Watchmen series. Typical of his careful, in-depth attention to detail, Damen Lindelof’s HBO adaptation, set 30 years after the events of the original story, seems to have grasped these threads as well. A key example is the way law enforcement is portrayed in the series.

Following the events of the White Night, (an all-out assault on law enforcement by the white supremacist terrorist organization, The Seventh Kavalry) all the police of Tulsa, Oklahoma now where masks to hide their identities. Ironically, this anonymity offers them the ability to abuse their power whenever they deem it necessary. Take a key moment in the premiere where Angela Abar/Sister Night abducts a suspect without an arrest warrant, interrogates him without his lawyer, and subsequently beats him to a pulp in order to extract information.

Now most viewers would be hard-pressed to sympathize with a white supremacist who may be working with a domestic terror cell, but the fact remains that this is a flagrant abuse of power, and one only made possible by the anonymous nature of the vigilantes who now work with little oversight as part of the Tulsa police department.

Watchmen‘s grey morality is similarly invoked with the actions of the mysterious Will. The survivor of a horrific racial attack in 1921, Will has lived to the ripe old age of 105 and yet somehow finds the strength to lynch the police chief, Judd Crawford, single-handedly. While Angela is initially dismayed and outraged by the death of her charismatic mentor, the discovery of Klan robes in his office, and some racially charged artwork, leads her down an endless rabbit hole seeking the larger picture behind Will, and why he has done what he’s done.

All of these events appear to be a commentary on the current strife between Black Lives Matter activists and those on the side of law enforcement. Though they are reflected through a sort of funhouse mirror of our own reality, similar to how Moore explored social issues in the original Watchmen, the correlation between the events portrayed and allegations of abuse of power in our own world couldn’t be clearer. It’s a fascinating way of transposing our issues into this alternate reality, and one that still hasn’t lost its flavor for intrigue, even after three decades.

There is also Ozymandias to consider. Almost certainly the mysterious, nameless character portrayed by Jeremy Irons, Ozymandias is seemingly still using science to chase whatever ends he deems necessary. Is he still trying to effect the manner of change he thinks the world needs through his imperfect cloning experiments and overwritten melodramas, or is he simply passing the time in his self-designed moral purgatory as he awaits the justice that may yet visit his door?

Finally, there is Dr. Manhattan. Like Ozymandias, Manhattan seems to have returned to a self-imposed exile. Also similarly, we don’t yet know what effect his existence will have on the story. Will he be faced with the choice of murdering another friend in order to preserve Ozymandias’ conspiracy for peace, or will he use his god-like powers to affect the outcome of the story in another way?

While questions like these will loom large over the remaining 7 episodes of Watchmen, it’s safe to say that there will undoubtedly be further moral quandaries to consider and debate as Lindelof’s take on the story continues to unfold over the remainder of 2019. Certainly, any fan of Moore’s magnum opus wouldn’t have it any other way.

Watchmen Season One Episode 3 Review: “She Was Killed by Space Junk”