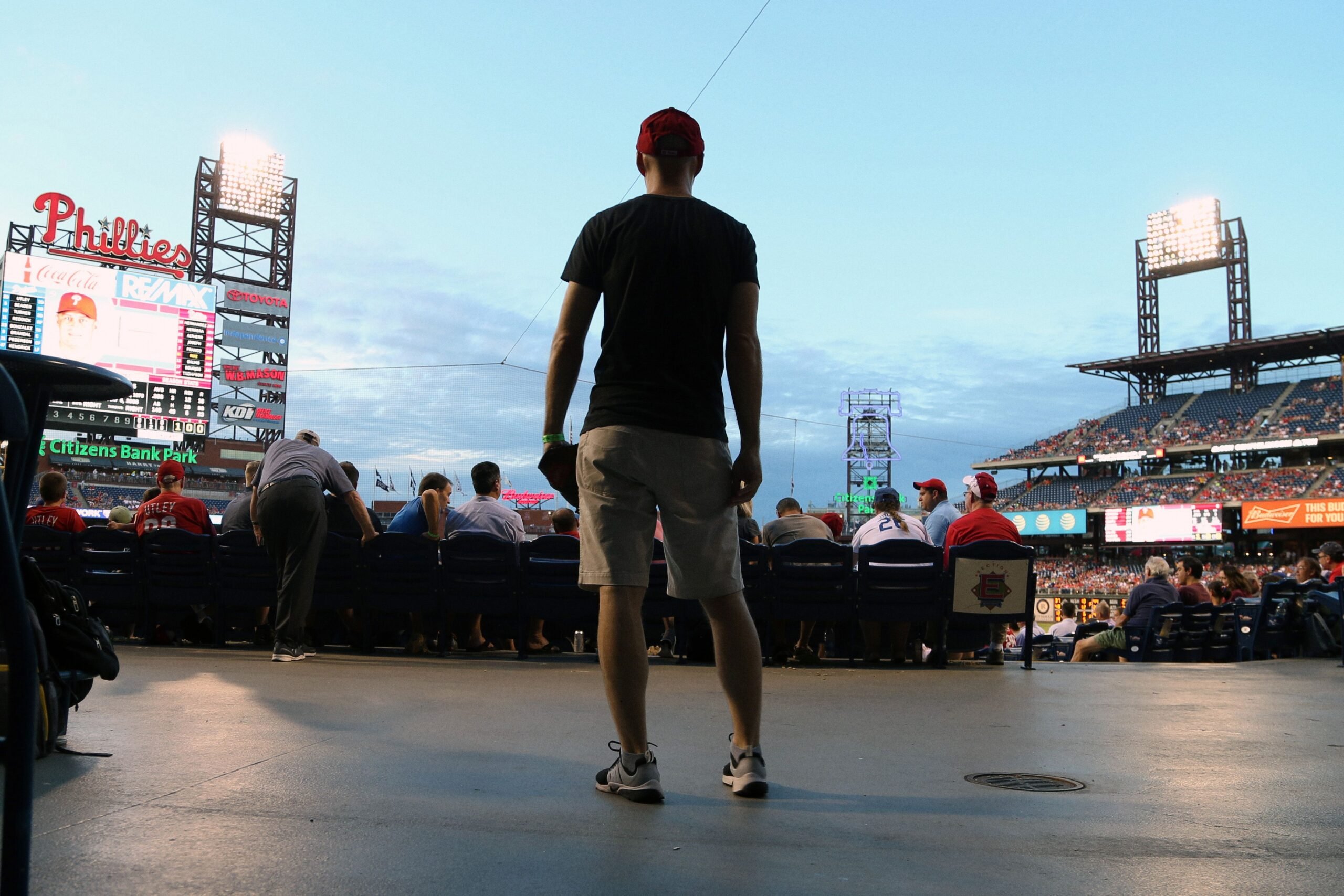 Zack Hample vs. the World Review

There’s a moment in Zack Hample vs. the World, a new documentary about noted baseball fan and ball collector when we see Hample in third base seats at Baltimore’s Oriole Park at Camden Yards. It’s the same stadium where Cal Ripken, in 1995, broke Lou Gehrig’s longstanding record of consecutive games played, setting off a nearly 20-minute standing ovation.

Hample was there for his own milestone, catching his 10,000th ball at a Major League Baseball game. But when he does catch it and celebrates, the reaction is more muted. The people around him don’t react at all, aside from a few people coming up to shake his hands. But Hample reacts as if he had reached an achievement on par with the all-time greats.

The film, directed by Jeff Siegel and headed to VOD platforms this week, takes an in-depth look at Hample, a 40-ish man with something of a unique and bizarre skill set: He’s very good at catching balls at baseball stadiums. He’s caught thousands of them, thanks to an elaborate system for catching them and an obsessive zeal when it comes to doing so. However, this has made Hample a much-hated individual in some baseball circles, in which he’s portrayed as a guy who hoards the balls and robs children of the joy of getting a ball themselves.

Hample never sells the baseballs, which isn’t to say he hasn’t done anything transactional. He caught Mike Trout’s first career home run ball and agreed to return it provided he was allowed to meet Trout and present the ball to him personally. His most famous catch was probably Alex Rodriguez’s 3,000th hit, which he ultimately returned when the Yankees agreed to a $150,000 donation to a charity of his choice (though there was also some autographed merchandise in the deal for Hample.) This had Yankees fans defending the honor of A-Rod, someone who was never the most well-liked of Yankees players.

Zack Hample vs. the World features extensive interviews with Hample, and also plentiful footage of him at games. We learn, perhaps unsurprisingly, that Hample always wanted to be a baseball player himself, and that his ball-hawking habit has gotten in the way of his personal life.

The film reminded me a lot of last year’s fantastic documentary Listening to Kenny G, in which it examined a controversial and polarizing figure, demonstrated the reasons why people love and hate him while giving the subject plenty of opportunity to explain himself. I have a similar reaction to the Hample film as I did to the Kenny G film: I now find the subject more interesting than I did before I watched the film, but I don’t necessarily find myself any more sympathetic to him.

The biggest reason Hample is controversial is that catching a ball at a game is, for most people, an exciting and once-in-a-lifetime event, and by hoarding balls, he is robbing that experience from countless people, especially children. For the same reason, I’m a longtime hater of the tradition of fans throwing opposing teams’ home run balls back on the field, an appalling act of impotent sore loserdom that’s a perfectly good waste of a souvenir.

That’s one thing I can’t get past: There are a finite amount of baseballs that end up in the crowd at ballparks, and Hample has scooped up thousands of them who would otherwise end up in the hands of children. The oft-repeated but probably never-proven accusation that Hample has literally shoved children aside at ballparks to get at baseballs is lightly denied, and while it may not be literally true, Hample has undoubtedly grabbed hundreds of balls that otherwise would have made a kid’s day.

Since he doesn’t sell the balls, the film is light on explanations of how exactly he supports himself and makes a living, much less how he can afford to travel to and attend baseball games all summer long. His late father, Stoo Hample, was a famous cartoonist who wrote the popular book Children’s Letters to God and worked with Woody Allen, although I don’t know that that’s the sort of career that earns his heirs generational wealth decades later.

It’s known that Hample has authored multiple books about baseball, such as “How to Snag Major League Baseballs: More Than 100 Tested Tips That Really Work,” and he now operates a business where he charges people $1,500 (plus expenses) to go to games with him.

In interviews, Hample comes across as an intense individual and something of an oddball, one whose passion for the game is undeniable, although we don’t get the sense he cares that much about individual players, teams, or games. He has donated to charity, including getting that donation out of the Yankees when he caught the A-Rod ball. This is admirable, although whether it’s a Barstool Fund thing where a guy with a mixed reputation is doing philanthropy to launder it, is another question entirely.

No, Hample is in no way deserving of the death threats and other abuse he has received, and there are much worse people around baseball than him. But there’s quite a bit of martyrdom to his act too. He complains in the film about a petition to get him banned from ballparks- but when it’s shown on screen, we see that only 4,000 people signed it, that the petition fell short, and that Change.org petitions are not binding. There was never any serious chance of Hample being banned from all ballparks, although he has occasionally been kicked out of individual stadiums.

He also at one point refers to a “power-tripping security guard” as blocking him from a section where he believes the ball is headed as if it wasn’t that guard’s job to stop people from going somewhere in the stadium where they don’t have a ticket.

The film does a good job juggling all of this, and not acting as a pure hagiography of its subject. But it does omit a few key chapters, such as when Hample gained entrance to a game at Fort Bragg that was meant for the military only, and when Dodgers pitcher Clayton Kershaw refused to give Hample a ball because he already had “7000 of ’em.” His habit of catching baseballs dropped from helicopters is also left out for some reason.

Zack Hample vs. the World builds to that 10,000th ball, but the date on that ticket, in 2017, shows that all of this happened quite a long time ago. There is a brief epilogue shot four years later, showing Hample returning to ballparks after the pandemic shutdown.

This made me want to see a documentary about Batting Stance Guy, the equally obsessed YouTube guy who can imitate the batting stance of seemingly every baseball player in history, while not really sparking any type of backlash. Then again, we also hear in the documentary from “Marlins Man,” probably the only famous baseball fan who’s unquestionably more of an irritant.

Watch Zack Hample vs. The World

Michael Bay’s Ambulance: A Car-Chase with No Momentum