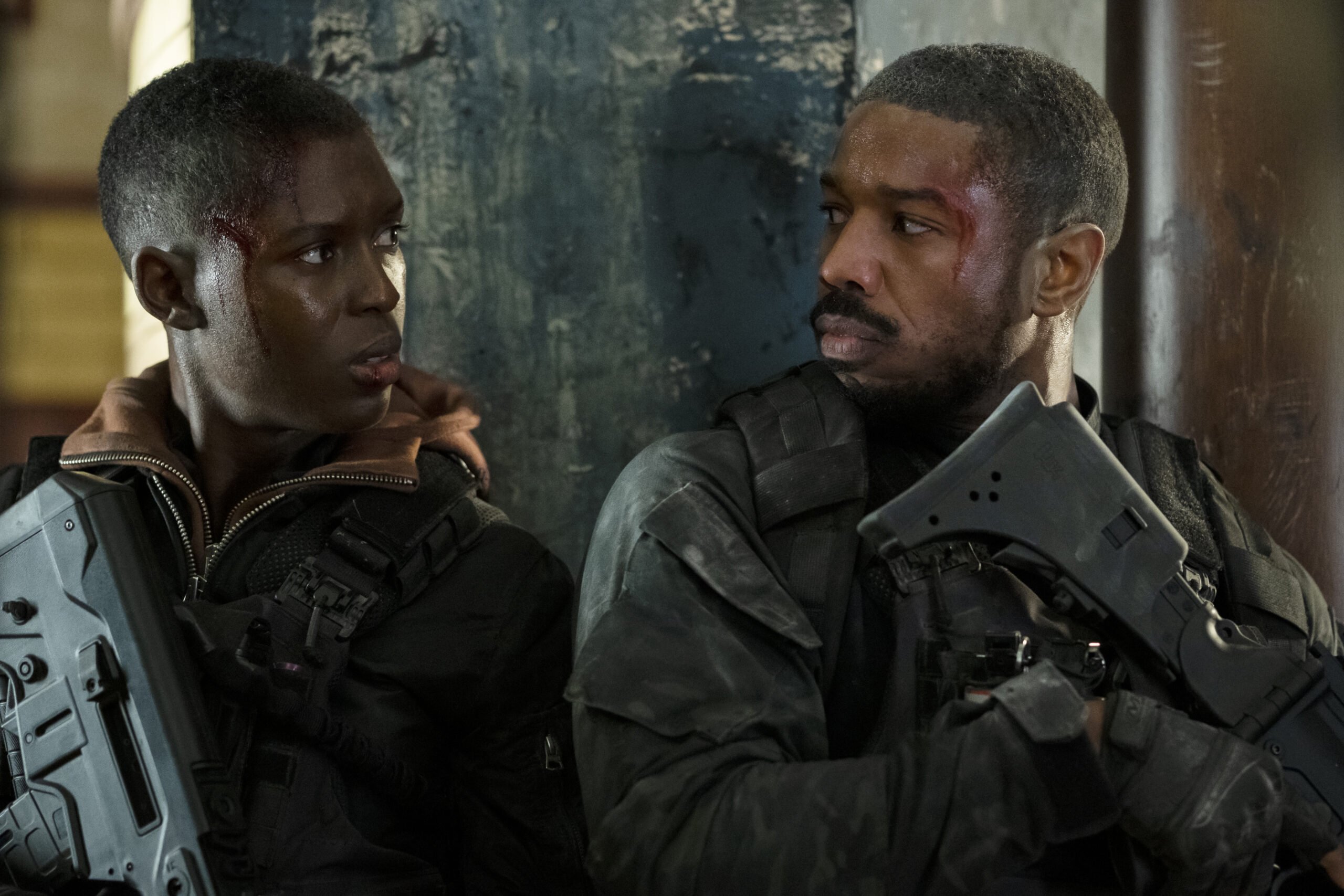 If you’ve seen one Tom Clancy adaptation, you’ve seen Tom Clancy’s Without Remorse. That’s not necessarily a bad thing though as Michael B. Jordan steps into the role of John Kelly, a US Navy SEAL who ends up in the middle of a modern-day cold war between Russia and the United States. There’s sturdiness and macho energy that permeates throughout Without Remorse which is immediately recognizable as another Clancy film, but with a strong lead and efficient, tactical action, Stefano Sollima’s latest film moves like a well-oiled machine that stands as a solid, if a little flawed, Clancy adaptation.

After a CIA-sanctioned operation in Syria goes awry and John Kelly’s team is hunted down and killed by Russian soldiers on American soil, Kelly is pushed to revenge after a home invasion takes the life of his pregnant wife. While his government is ready to close the case on his assailants, Kelly takes matters into his own hands and seeks answers and justice. It’s all fairly standard military plot, however, it’s driven less by patriotism and more by personal attachment to those murdered. In fact, Without Remorse is at its best when it begins tearing down the system from inside.

The problem is that the screenplay is what makes and breaks the film. Written by Will Staples (who is probably best known for writing video games like Need for Speed: Rivals and Call of Duty: Modern Warfare 3) and then rewritten by Taylor Sheridan (Sicario, Wind River), all of the military elements end up feeling really well-polished and effective in maintaining the narrative’s forward momentum. The common problem when Sheridan is involved, though, is that the screenplay goes an inch too far, feeling the need to push the protagonist to the edge in order to get them to do anything necessary. In this case, Without Remorse could easily have killed Kelly’s teammates at the beginning and it probably would have been enough. Unfortunately, they fell into the age-old trap of killing a woman in order to make a male character’s arc move forward.

Sexism in these films is par for the course, and it’s not like Without Remorse avoids it after the fact either. The only other major female character is Lt. Commander Karen Greer (Jodie Turner-Smith), who despite her rank, feels more like someone chaperoning Kelly and CIA operative Robert Ritter (Jamie Bell) as they have constant alpha male showdowns due to a layer of mistrust. She holds her own, as does the performance from Turner-Smith, but the screenplay focuses more on Ritter and Kelly, even though there should be no question who is running the show if Greer ranks above them. However, that’s slight compared to the film’s inciting incident.

Without Remorse maintains a lot of the problems and strengths that have persisted in both Sheridan and director Stefano Sollima’s work. They clearly love military fiction and Tom Clancy’s body of work feels appropriately represented here, even if this is a loose adaptation of his novel of the same name. But each woman in this film feels like they were either given no substance or forced into the screenplay for the sake of harming her in some way. Then the film continues to let boys be boys and men run the world. There’s no insightful critique in Without Remorse of the uneven power dynamics. It is what it is. This isn’t inherently a problem, but making it worse in fiction isn’t helpful either.

Outside of the pervasive air of misogyny, Without Remorse is an engaging film that lets Jordan show off both his physical presence on screen and his range as an actor. He’s aided by some great action sequences that move from tense to tactical to brutal. The final set piece is a perfect Tom Clancy moment with tons of ingenious beats built into the lengthy shootout that exemplifies military precision and teamwork in the heat of combat. As a culmination of the film’s steady movement from action beat to action beat, it feels especially rewarding.

They’re also surprisingly well-lit, despite almost all action scenes taking place at night. It feels rare nowadays for movies to get nighttime action right, but it’s all very easy to follow and parse what’s happening. This is especially true during an underwater sequence that could have been impossible to decipher and been cut short but instead feels like it can escalate tension because there’s little worry of the audience losing track. Overall, the film is a relatively good-looking military action film – something which seems to fall apart more often than not.

Michael B. Jordan and Sollima’s direction is a lot of what makes Without Remorse work so effectively. The way Jordan channels an inner rage in the early parts of the film to how he falls back into “getting the job done” while still seeking out a quest for vengeance, is captivating and drives everything forward. Sollima’s sturdy filmmaking prowess and high regard for tense action scenes is impressive, and lets Without Remorse be an easy recommendation for those looking to scratch that action movie itch.

Hot Docs 2021: It Is Not Over Yet Argues for Compassion as Medicine