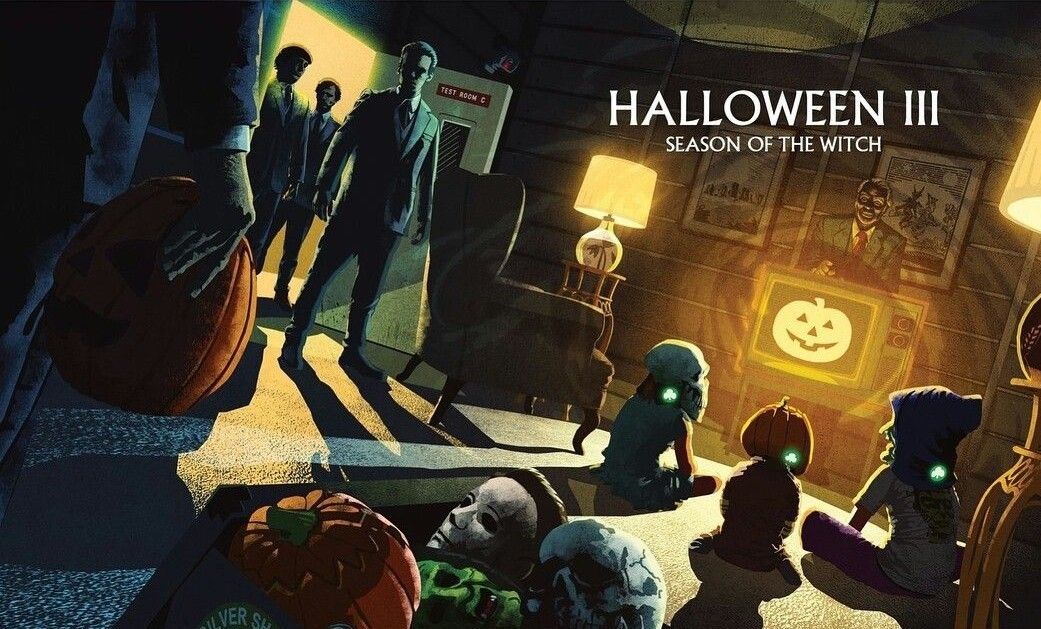 Depending on where one values Black Christmas, Halloween gave birth to the slasher movie. In October of 1978, Michael Myers’ faceless, wordless behemoth escaped from the bowels of Haddonfield to terrorize that town that tried locking him away for a decade. Almost 40 years later, “The Shape,” as Myers’ monster is first credited, remains a horror cinema staple, but he wouldn’t be nearly as effective were it not for director John Carpenter’s chilling music, immortalized by a just-as-iconic sinister title theme.

In a career that boasts nearly as many composer credits as directorial ones, appreciation for Carpenter’s music continues to resurface. Not long ago, Carpenter released a collaborative collection of music, entitled Lost Themes, with that release getting its own remix from Sacred Bones Records. For a guy who’s released few movies in the last 25 years, his star as a composer remains brighter than ever.

That’s a trend that’s persisted for decades. Disillusioned with the idea of creating a second sequel to Halloween, Carpenter, franchise producer Moustapha Akkad and newcomer director Tommy Lee Wallace broke the mold with their 1982 sequel, slapping on a Season of the Witch subtitle and crushing the dreams of horror fanatics everywhere. Notoriously, Halloween III: Season of the Witch is the one and only entry in a series dedicated to Michael Myers that has absolutely nothing to do with him. Instead, Carpenter (this time as producer and co-composer), saw the film as an opportunity to create an anthology franchise, with each entry telling a new, self-contained story.

Well, “self-contained” isn’t completely true. As much as Carpenter pushed for a divergent story about a Stonehenge cult indoctrinating young children with enchanted trick or treat masks (yes, really), he couldn’t completely lose the specter of Michael Myers. And that’s apparent from the opening credits. High-pitched synthesizer guides along a digital construction of a Jack-o-lantern, the music “Mickey Mousing” in sync with the computerized animation under droning thuds. It’s ominous and, at least until we see that pumpkin grin, mysterious. Carpenter and co-composer Alan Howarth are toying with expectations, riffing on the original Halloween’s title sequence and its own carved pumpkin, and reconstructing it in a self-contained, virtual environment.

For those familiar with Carpenter’s music, the prominence of synthesizer in Halloween III isn’t a surprising one. The instrument dominates other classic scores like Assault on Precinct 13 and The Fog. But there’s a particular coldness to Season of the Witch‘s dedication to the instrument. Gone are traces of the first Halloween’s piano, and accessory percussion has all but been relegated to throbbing emulations of their native instruments. Low propellor sounds and hums are the sources of anxiety now as Dr. Challis (a mustachioed, vaguely drunk Tom Atkins) investigates a quiet California town and its Wiccan conspiracy. Outside of tween fiction, there’s nothing scary about haunted masks, especially when their bright colors and glow-in-the-dark are so aesthetically opposed to Myers’ emotionless “William Shatner” reject. So when the weirdness comes out at night, the music does most of the heavy lifting.

With terror taking a backseat this time, the music’s liveliest portions stand out that much more. The mute, suited henchmen of Conal Cochran (Dan O’Herlihy’s mad CEO of the Silver Shamrock mask company) appear from the shadows of factory labs and town curfews, their presence announced with sudden, high-pitched immediacy. Compared to Myers’s hulking silent mass, they’re laughably underwhelming. At best, they’re ubiquitous and anonymous, even with their freakish abilities to gouge out eyeballs and decapitate any townsfolk who stumble too close to Silver Shamrock’s secret. Whether with telephone chords, a butcher knife, or his bare hands, Michael Myers was more than capable of dispatching babysitters and drunk teenagers. In the case of Halloween III’s anti-antagonists, the music does the attacking, striking out from the gloom of its own murky tones.

Without its killing icon at the center, Season of the Witch is the awkward standout in franchise, an anti-Halloween and a $1.5 million middle finger to Hollywood commercialism. Its baddies are sinister androids, a disappointingly practical interpretation of Myers’ robotic coldness, and it trades in a signature title theme for an annoying, unavoidably catchy jingle. In its only other recognizable cue, Halloween III indulges in a slow descent of falling notes, chiming down to some unknown musical endpoint. By the time Tom Atkins’s improbable hero foils the Silver Shamrock plot, it’s become a vague countdown to an uneventful climax. But since when is horror about the payoff anyway?

That Thing You Do! at 25: A Winning if Repetitive Ode to Midcentury Pop Music