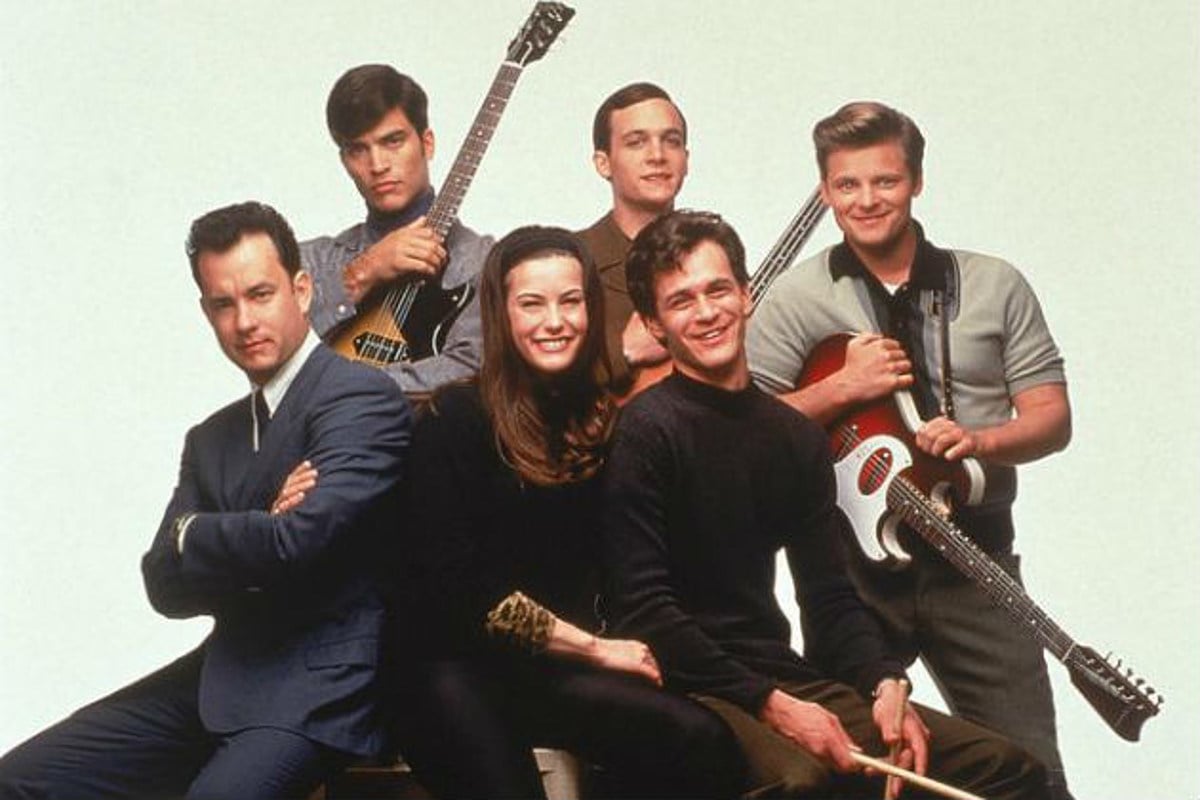 25 Years Later: That Thing You Do!

25 years ago this week saw the release of the directorial debut of Tom Hanks, That Thing You Do! It was something of a musical biopic, albeit about a musical group of the past that didn’t actually exist.

That group is The Wonders, a band from Erie, Pa., and the film traces the brief arc of their one-hit-wonder success in the 1960s. That the title song will be their only popular song is sort of telegraphed by their name, which is originally spelled “One-ders,” but changed after it was mispronounced by nearly all.

The plot of the film follows the rise of the band, which consisted of singer Jimmy (Johnathon Schaech), drummer Guy (Tom Everett Scott), guitarist Lenny (Steve Zahn), and the bass player, whose name is “T.B. Player” (Ethan Embry.) A very young Liv Tyler and Charlize Theron played girlfriends of the band members, while Hanks himself played a supporting role as an executive at Playtone Records.

The Wonders rise quickly, but their fall is just as precipitous. They react badly to fame, they fight, one of them disappears, and they’re never able to come up with another hit song (if they did, they wouldn’t be the Wonders.) They all go on to other lives or careers that don’t entail being a band that’s at the top of the charts, or at the bottom for that matter.

The star of the film isn’t any of the young actors or even Hanks- it’s that song.

“That Thing You Do!,” the song, is played in the movie dozens of times, which is an inventive way of illustrating its ubiquity as a sudden hit. If the song had been bad, or not catchy, it wouldn’t have worked, and the movie wouldn’t have either. But the tune was just perfect for what it was.

The song was written by Adam Schlesinger, the Fountains of Wayne songwriter who also provided much of the music on Crazy Ex-Girlfriend, as well as all kinds of other chestnuts from throughout the last three decades of popular culture. “That Thing You Do!” was one of many Schlesinger-penned tunes fondly remembered when he died of COVID-19 last year.

The whole movie has a sweet, sunny feel to it, treating the mid-1960s as a bygone era of good feeling; a movie made about that era today would likely question a lot of those assumptions. As it stood, That Thing You Do! fit squarely into the nostalgia for the 1960s that was so culturally ascendant in the ’90s, just as the pop culture of the ’80s consistently revisited, and idealized, the 1950s.

Hanks also appeared to work well with the younger actors, although the ones playing the girlfriends have gone on to more successful careers than the men in the band have (though Tom Everett Scott has built a respectable body of work as a character actor over the years.)

It’s kind of surprising, considering the amount of clout he has in Hollywood, how rarely Hanks has been a director of movies. That Thing You Do! was the first movie he directed, and the only other one, 16 years later, was the largely forgettable 2011 drama Larry Crowne. However, the projects Hanks has produced for television, especially his lengthy HBO miniseries on World War II and the space program, have been much more successful, and Hanks has sometimes directed episodes of those.

That Thing You Do! doesn’t go in the first or even second tier of projects with which Tom Hanks has been associated, but it’s still an enjoyable, nostalgic look at just how hard it is to make it in music.

In Defense of Quantum of Solace

The Sights and Sounds of Halloween III: Season of the Witch