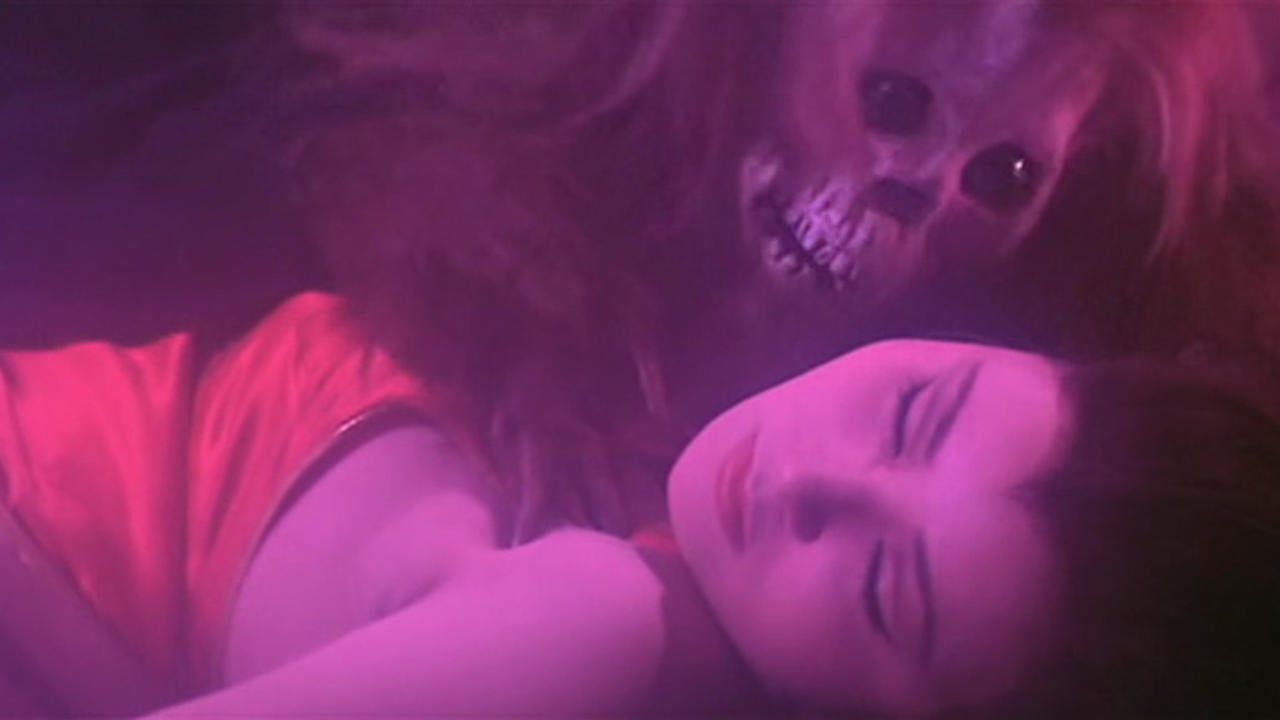 There is an exciting element of risk whenever creative minds willfully choose to go against the grain. Directors, writers, and actors, when feeling adventurous, can attempt to defy the expectations by involving themselves in a picture that few would have expected them to ever partake in. Occasionally an entire studio may see fit to shake things up a bit in order to give audiences a fresh outlook on their image. Shaw Brothers certainly is not entirely limited to creating strictly martial arts and wuxia adventure films set in historical Chinese periods. There are a few examples of more drama and horror-centric efforts, but genre-blending as exercised by director Sung Chung in his 1982 film, Human Lanterns, was certainly uncommon from the famed studio.

Lung Shu Ai (Liu Yung) and Tan Fu (Chen Kuan Tai) are long standing rivals. Both have been blessed with enormous professional success, thus lending them considerable social stature. Neither has any desire to see the other earn the metaphorical title as the most sought after personality in town, leading to much posturing and foul banter whenever the two cross paths, be it in the streets or at lavish banquets, with the ferocity of their incompatible personalities sometimes resulting in physical skirmishes through which they demonstrate their martial arts knowledge. One annual competition has them especially fired up, that being the lantern festival. Lung, determined to win next year, receives word of a man living in quasi-hermit status just outside of town who, as word has it, makes the most exquisite lanterns imaginable. Much to Lung’s surprise, it turns out to be Chao Chung Fang (Lo Lieh) a man with whom Lung engaged in combat seven years ago and left heavily scarred, in addition to marrying his girl at the time, Lee Chin (Tanny Tien Ni). Lung proposes that they leave their differences behind and form a business partnership. Chung Fang needs only make the greatest lantern ever, and as a result, Lung shall reward him handsomely. Little does Lung know that Chung Fang shall try to make use of this opportunity to avenge his shameful defeat by destroying everything Lung holds dear as a masked murderer who uses human skin to make his coveted lanterns!

Sung Chung’s Human Lanterns holds dear to many of the tropes which make Shaw Brothers films what they are, giving audiences healthy doses of characters blessed with remarkably acrobatic fighting skills, some of which are clearly heightened in a fantastical way often seen in Chinese kung fu films, and some glaringly theatrical performances from some of the cast members. Where the film takes a dramatic turn is in its adding the element of horror to the proceedings, resulting in a picture that truly represents two genres at once. Lanterns is never completely a horror film, nor is it entirely a martial arts action piece. What’s more, there are significant portions of the story which deal directly with the bitter rivalry between social snobs Lung and Tan, therefore adding some dramatic heft, albeit of a very melodramatic nature. Considering that martial arts and horror are not too genres that one would assume can fluidly gel together, it stands to reason that those two distinctive aspects of Lanterns are dedicated to individual scenes of their own, never rarely crashing into one another in full swing, with perhaps the exception of the finale, but even that portion weighs more heavily in favour of the action than it does the horror.

At this point it becomes pertinent to provide a description of the sort of horror is featured in Lanterns. After so many weeks of discussing straight-up action Shaw films, there remains little doubt as to what one can expect in that department: superhuman jumps, impressive powerful kicks, punches, ducking, flips, and the clashing of shiny swords. The horror element, though, is very peculiar. While comparing the works of celebrated giallo filmmaker Lucio Fulci to the works of Shaw Brothers studios can easily, on the surface, come across as misguided and the ludicrous notion of someone who probably knows little of what they are writing about, close attention paid to Lanterns will reveal that the comparison just might be accurate enough to hold true. Suspiria, Fulci’s most recognized work, features incredibly stylish lighting schemes whose purpose is essential to creating atmosphere and suspense, with little regard as to why scenes look green or red for example. The sights and sounds are what matters more than anything, not necessarily the why. The deaths are slow and brutal, all of which feature pretty girls as the unfortunate victims of evil brutality. Sun Chung, although not as accomplished or detailed a stylist as Fulci, nevertheless creates a world in which the colour palettes are stunningly pronounced. The outdoor nighttime scenes are washed in a frigid blue tint, the majority of Chun Fung’s basement workshop glows of yellow while the cogs are drenched in vivid red representing the blood of his sad victims. The few torture scenes Chung directs are shocking, even by the ordinary standards of Shaw Brothers, who sometimes injected blatantly graphic violence into their actions films. Chun Fang splits skulls open, poisons people with hot mercury, rapes his victims, and, of course, peels off their skin. The Shaw rogues gallery has a vast population, but few of the antagonists ever reached the freakish heights of cruelty Chun Fang indulges in here. This is really something else, not to mention that the actor Lo Lieh, mostly known as the great hero of King Boxer, has a ball with the roll, relishing the opportunity to play such a vile fiend.

If there are faults in the attempt at creating something new, they would have to concern some of the dialogue. There are moments, thankfully few, wherein Chun Fang’s lines are too silly, to explanatory (in case he literally goes about explaining how he will kill his next victim in comically dry rhythm), which take away from the frightful nature of the character. Other times Chun Fang, when adorning his night prowling costume which consists of a hairy skull mask and black cowl, prances around with a maniacal laugh which sounds far too forced. Such instances reveal that the creators are action moviemakers first and foremost, trying to make a scary movie. Their efforts are worthy of praise, but the results are not always what one hoped for.

The writing and direction that went into the characterizations are equally particular in the case of Lanterns. It became patently obvious by the midway point of the film that nobody was ever going to take on the role of a true hero. With the exception of Lung’s wife Chin and the police sergeant Poon (Sun Chien), all of the central figures are morally corrupt, bankrupt even. Tan and Lung hate each others’ guts with a passion and never shy away from demonstrating it, succumbing to some reprehensible behaviours, such as assassination attempts (courtesy of a small role from Lo Mang as a hired killer) and vicious public embarrassments. Chun Fang is, unsurprisingly, no better, him being the worst of the three by delighting himself in not just plotting an act of hideous revenge against Lung, but also literally destroying humans. In that regard, Lanterns is a tough sell compared to a lot of other martial arts films.

One’s like or dislike of the picture will depend on one’s acceptance to follow not three despicable characters. There is strength in the movie’s dark subject matter, the most interesting idea being that the story is an exploration of how jealousy and vengeful bloodthirst can extinguish the decency in all of us. That being said, Lanterns will most certainly turn some people off. Those who want their kung fu films a bit edgier or who are curious to see something off the walls from the studio should come away pleased. It, therefore, comes with a cautious recommendation.

The Sights and Sounds of Halloween III: Season of the Witch