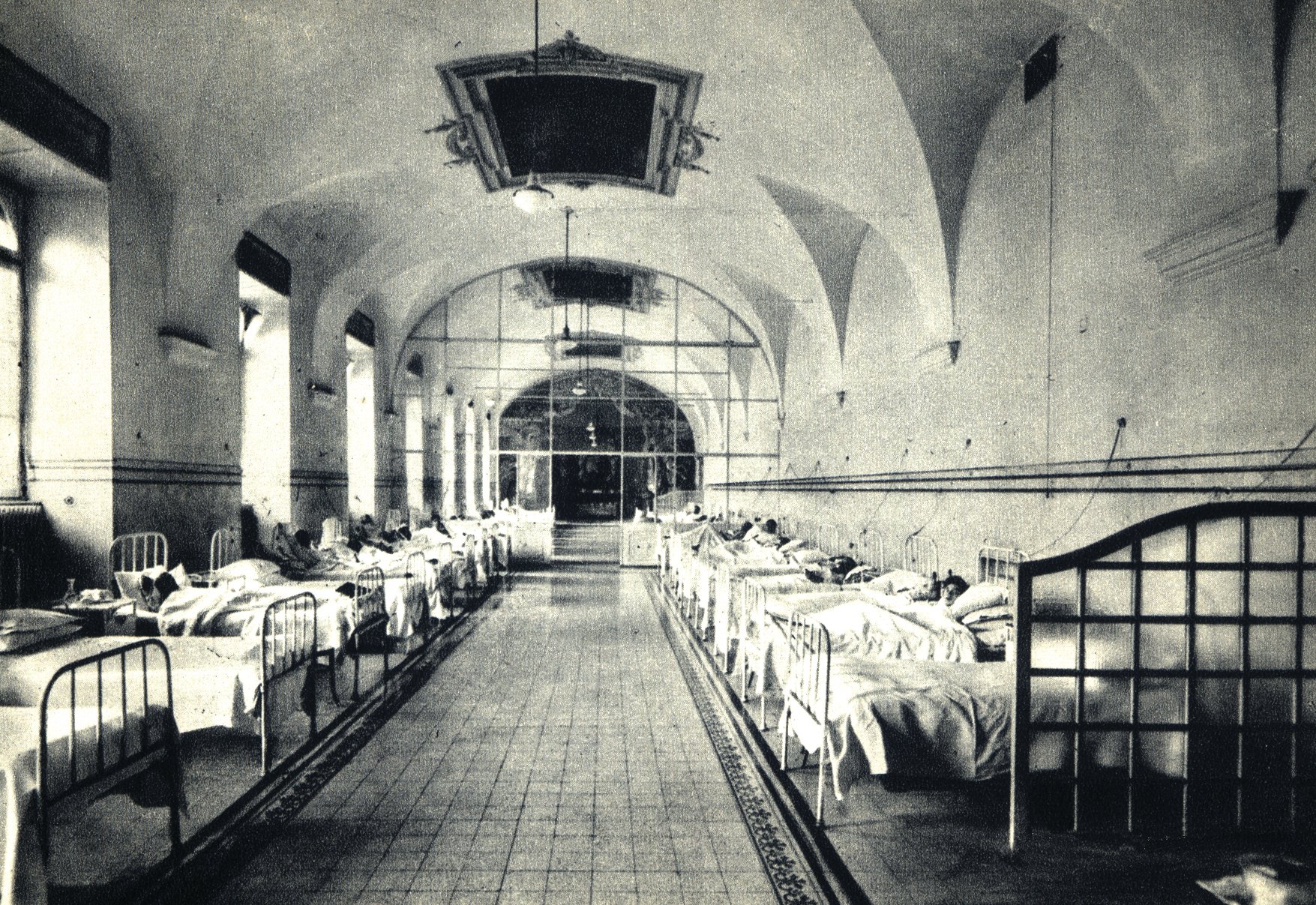 If film, book, and video game industries are anything to go by, World War II is a constant inspiration for stories. A well with no bottom. Sometimes loosely based on real events, other times adhering as closely as possible to skirmishes, espionage escapades, or tales of human resilience, WWII is the gift that keeps on giving. Documentaries have also scoured what seems like every possible angle. But considering that the war that spanned six years, multiple continents, and its conclusions truly did shape the second half of the 20th century, there are still little-known stories to shed light on. One example is Stephen Edwards’ Syndrome K, which becomes available on most digital platforms to rent on August 16th.

The year is 1943. Shortly before in 1939 Hitler and Mussolini signed the Pact of Steel, thus making Nazi-led Germany and Italy allies throughout the war. The Allied advancements in Italy began in Sicily in July 1943 and would eventually lead to Rome and Mussolini’s downfall in the autumn. However, in the weeks leading up to Rome’s liberation from its fascist government, the SS began rounding up the Jewish Italian community, as they had done with Germans back home. Pope Pius XII, despite filling the role of a leading figure of morality, was privy to politics. To avoid German ire as much as possible the Pope did not help the Jewish cause much help apart for a few quiet calls for leniency (there are claims that German ancestry suggests he wouldn’t have been too keen on helping regardless). It would be up to a trio of Catholic doctors to come to the rescue of their fellow Romans. Working at the nearby Fatebenefratelli hospital, located on its own little island in the Tiber, they came up with a clever way to prevent the SS from claiming the Jewish clientele. Patients suffered a sickness so painful, so contagious, no one would dare enter the ward: Syndrome K.

The catch is, that other than the daily stress of avoiding captivity by the SS, the Jews “resting” at the hospital were perfectly fine. Syndrome K was a make-belief sickness. What medical experts Adriano Ossicini, Giovanni Borromeo, and Vittorio Sacradoti claimed however was the vilest type of illness. Fever, coughing, vomiting, you name it. Considering that the point of gathering the Jewish population was, in effect, to liquidate them, news that they had contracted a potentially deadly virus was music to the SS’s ears, at least at first.

No more shall be revealed, for part of the fun of watching documentaries like Syndrome K is allowing the filmmaker to tell the tale themselves. Stephen Edwards is an interesting figure in Hollywood. If the name doesn’t ring a bell, it may be because readers aren’t familiar with the musical side of the film and tv business. Edwards has vastly more credits either as a composer or producer on plenty of scores and soundtracks, most notably the Oscar-winning Dallas Buyers Club and Muppets Most Wanted. His only other directing credit is Requiem for My Mother, in which he shares his own story of musical discovery and how much of an influence his deceased mother was in that regard.

Syndrome K is therefore an unexpected choice, albeit a welcome one. This being a documentary of reasonably modest means and scope, few will think it’s graced with the epic quality of, say, Schindler’s List. The comparison is apt insofar as both pictures share the story of people who, under great duress, came to the rescue of the Jewish people. Just as Oskar Schindler risked all he had to protect as many targeted people as he could, so too did Ossicini, Borromeo, and Sacradoti. Fatebenefratelli’s proximity to the Jewish quarters helped a great deal. On the day that German authorities, led by officer Albert Kesselring and SS chief Herbert Kappler (hence, Syndrome K), began capturing families, by 11am fearful Romans were crossing the bridge that relayed Tiber Island to mainland Rome. The risks were high, but morality stood in the way of allowing the Germans from accomplishing their ignominious objective.

As far as filmmaking goes, Syndrome K has a special ace up its sleeve to help market itself. Non-other than Ray Liotta, who recently passed away, narrates the film. He doesn’t quite sound like he did back in the glory days of Goodfellas or Field of Dreams, but his voice is unmistakable. Calm and thorough, Liotta’s vocals are a warming presence to have throughout a film with dire subject matter. For all intents and purposes, this is one of his final performances, although of a very different kind.

Technically, there is little doubt that Edwards’ picture is relatively quaint. It relies on plenty of archival footage, newspaper headlines from the era, talking heads. These visuals are only occasionally switched for brief re-enactments and short animated sequences. Speaking of talking heads, one such participant is Adriano Ossicini, who passed away in 2019. Having one of the active participants in the Syndrome K theatricalities share their personal stories lends the film much-appreciated heft. Other interview footage is a mixture of archival material and more recent recordings for the film with children of the doctors, survivors, and historians. Perhaps the only quibble is the dubbing. Dubbing itself is often a hot debate topic amongst cinephiles. In this instance, the subjects are made to sound like elderly people speaking English with a heavy Italian accent. They are Italian after all, but they sound a bit too much like characters in a Sergio Leone western.

From a presentation standpoint, there are primarily two types of documentaries. On the one hand, the bigger budgeted projects that not only share information and real stories but also feel slick and epic in scope. On the flip side, there are documentaries that aim to deliver the information as efficiently as possible, especially when the story itself is enough to enrapture the audience. Syndrome K is firmly in the latter category, although getting Liotta to participate is nifty. It’s competently edited together, well narrated, and puts the spotlight on one of WWII’s lesser-known acts of heroism.