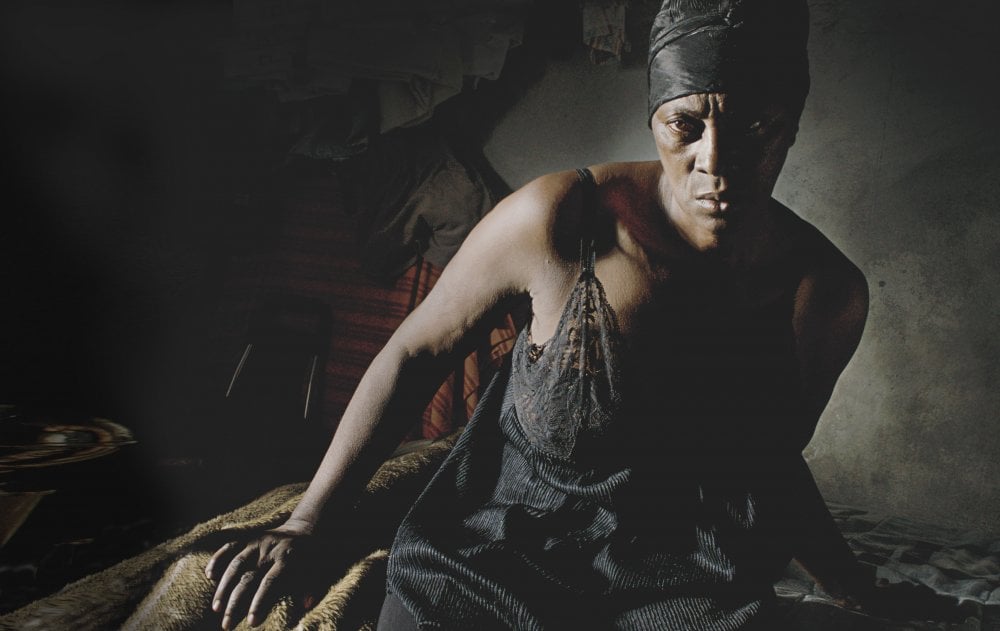 I become an obsessive note scribbler when I review a film. I try to write down everything that pops into my head, whether it’s a profound insight or, more commonly, a banal observation. At the end of Pedro Costa’s Vitalina Varela, I had written only two words: “Her face!” (with double underlines). Costa’s slow yet engrossing metafictional work is filled with sumptuous textures and overwhelming emotions, but the film’s star, Vitalina Varela, is its most fascinating component. She has a face that cries out to be painted, one that makes her emotions seem almost Olympian, and Costa is perhaps the only filmmaker who could do her justice.

The Portuguese filmmaker has almost exclusively relied on non-professional actors over the past decade-and-a-half, and Vitalina Varela is no different. His lead actress previously appeared in a small role in 2014’s Horse Money after he discovered her while scouting locations. After hearing or story of loss and abandonment, Costa created a film based around her experiences. Vitalina Varela features his signature style and expressionistic visuals, but it might as well be a documentary for how closely it follows the contours of her life. The real-life Vitalina was a Cape Verdean native whose husband left over 25 years before the events of the film for Portugal in hopes of making a better life for them. But their life back home calls that motive into question. The two built a stunning 10-bedroom home for themselves back home, which was a luxury compared to the decrepit shack that he lived in in the shantytown Fontainhas, just outside of Lisbon. Vitalina was meant to join him, but the money for a plane ticket never materialized for over 25 years, and when she finally makes the journey to Portugal it’s three days after he has died under mysterious circumstances, and she’s too late to even make the funeral. As she talks to her husband’s neighbors she learns unsavory details about his life abroad, yet she’s determined to stay in this new country.

Costa film’s Vitalina’s acclimation to Fontainhas in achingly slow scenes which will test the patience of many viewers. But those who get on his wavelength (and have a coffee beforehand) will be absorbed in his painterly compositions. He and his cinematographer Leonardo Simões photograph the slum interiors (none of which seem to have electrical lighting) in bursts of faux sunlight and moonlight almost exclusively, giving the events a ghostly character. It’s only in the last few scenes that we see Vitalina outside in the daylight, and the camera is allowed to expand beyond the claustrophobic confines of her building. The stunning lighting also directs our attention squarely on her face, which shimmers with loss and regret. Like Maria Falconetti in The Passion of Joan of Arc (1928), she has a face that conveys everything we would ever need to know of her story. Luckily, Costa understands that and lets it do the talking.

‘The Gentlemen’ is Familiar, Grungy Territory for Guy Ritchie

Shirley Is Another Triumph for Josephine Decker