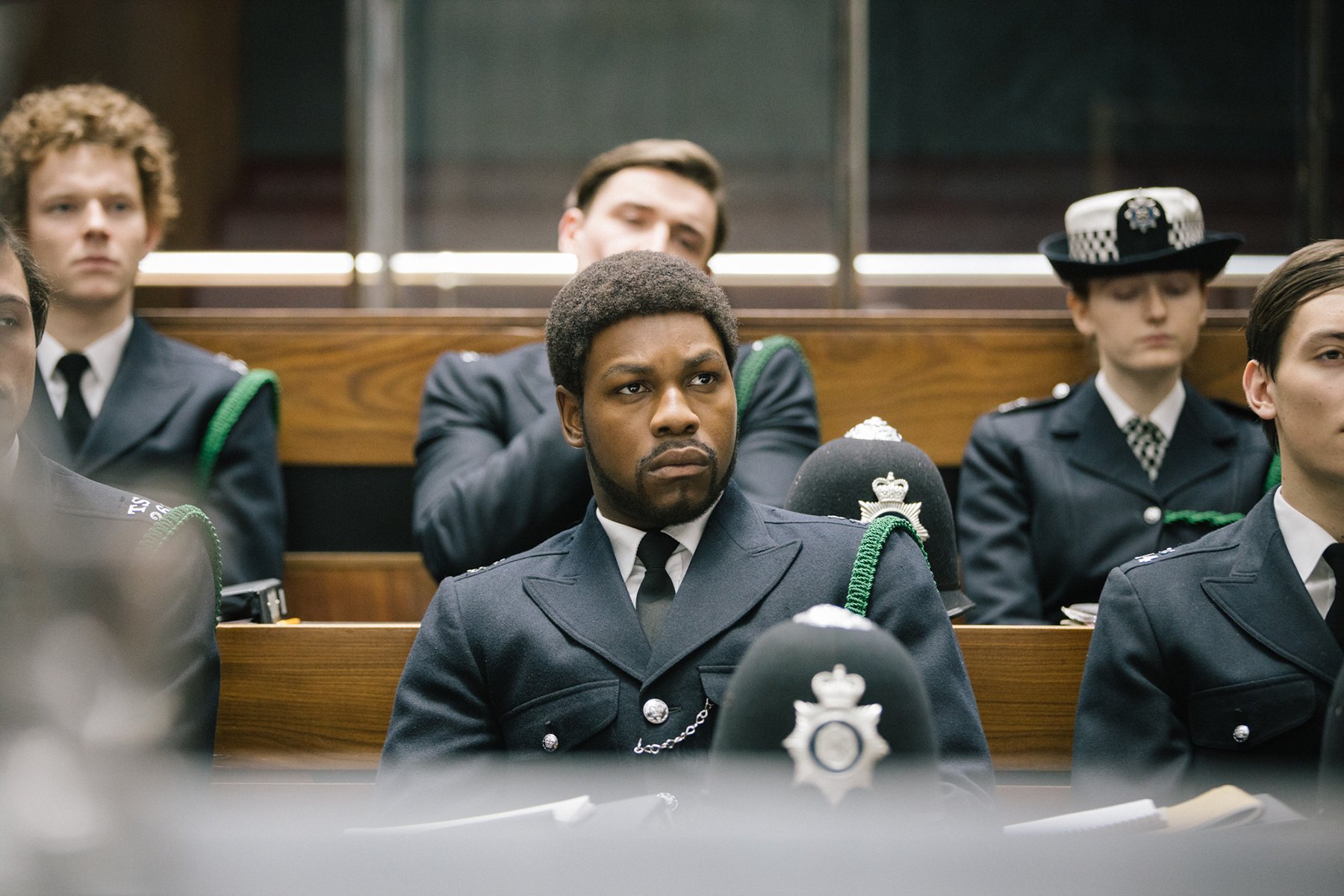 When Spike Lee’s BlacKKKlansman came out back in 2018, it earned Lee his best reviews in years, as well as his first-ever competitive Oscar for his co-writing of the screenplay.

But the film, which told the story of a Black police officer in 1970s Colorado who successfully infiltrated the Ku Klux Klan, was also criticized in some quarters, most notably by Sorry to Bother You director Boots Riley, who argued that the film did too much in letting police, as an institution, off the hook.

“For Spike to come out with a movie where a story points are fabricated in order [to] make Black cop and his counterparts look like allies in the fight against racism is really disappointing, to put it very mildly,” Riley said at the time.

There are a lot of great things about BlacKKKlansman, but Riley’s critique rings true- and the scene late in the film in which the entire police squad teams up to bust the one racist cop was one of the more egregiously false notes in all of Lee’s work.

Red White and Blue, the third film in director Steve McQueen’s Small Axe series, feels like it was produced in direct response to BlacKKKlansman, or at least to the Riley critique of it. It’s also a film from a Black director, based on a true story, and set in the late ’70s/early ’80s, about a young Black man who joins an otherwise all-white police force.

However, McQueen’s film takes a radically different approach, arguing that joining the institution to reform it from the inside has its limits. Red, White and Blue is of a piece with Mangrove, the first Small Axe film, which was also about police harassment of West Indian communities in London. While conceived of and filmed prior to the killing of George Floyd and the subsequent reckoning over racism and policing, it’s a story with more than a little resonance in 2020.

Red, White and Blue is based on the story of Leroy Logan, a Londoner of Jamaican descent who worked as a forensic scientist before deciding to join the London Metropolitan Police. This decision isn’t greeted warmly by his family, who have a lifetime’s worth of distrust for the local police, most recently manifested in a police assault of his father (Steve Toussaint.)

Used as a poster boy in the department’s promotional efforts, Logan soon faces ugly racist abuse from his fellow officers, including racial slurs on his locker. He’s played by John Boyega, best known from Attack the Block and as Finn in the Star Wars sequel trilogy (there’s even a line in the film about him being a Jedi) and plays this part with a quiet rage, in what’s the best performance of his career.

The film, which McQueen co-wrote with playwright Courttia Newland, also his collaborator on Lovers Rock, also makes fantastic use of the music of Al Green, both “How Can You Mend a Broken Heart” and “For the Good Times.”

The real-life Logan ended up staying in the police department until just a few years ago and rose to become head of the Black Police Association. He even was involved in the investigations of a couple of high-profile killings of Black people in London, in the 1990s and 2000. It would be fascinating for McQueen, or another director, to revisit Logan’s story years from now and tell those stories.

Sound of Metal: An Intimate, Immersive Look at Hearing Loss