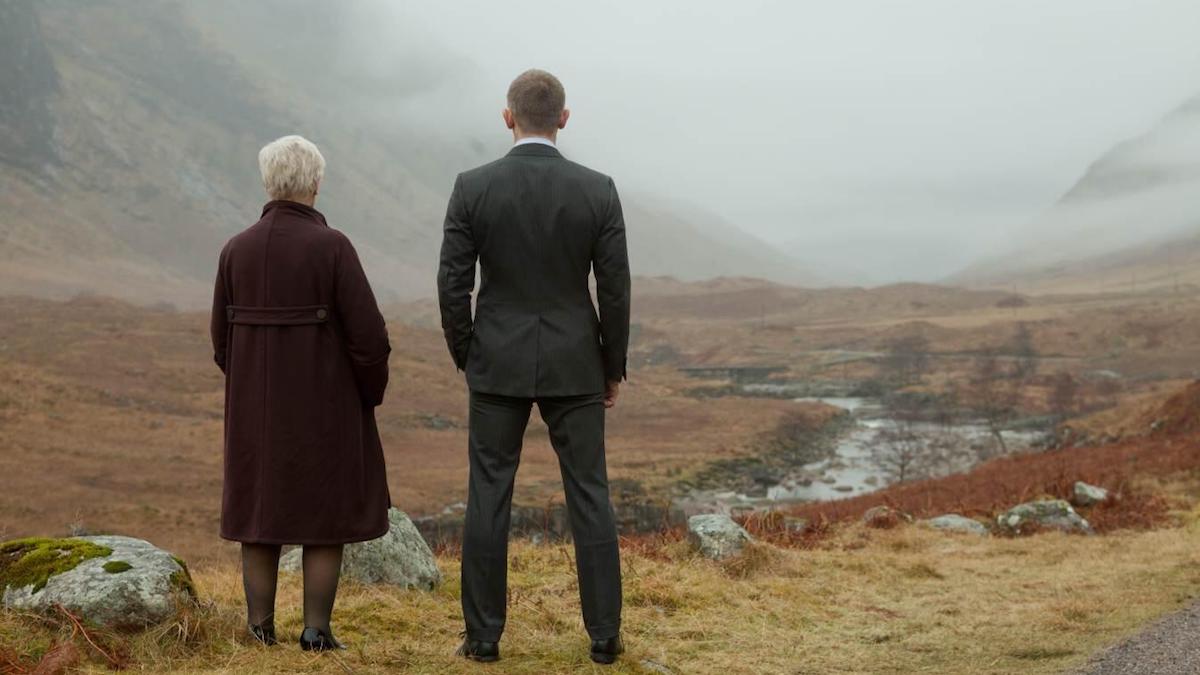 Iconic characters like James Bond are often seen as larger than life figures — unflappable heroes who defy all the rules that the rest of us live by, and who don’t just succeed, but soar. However, occasionally someone comes along and asks the question of what happens when these characters begin to unravel. Skyfall did just that for the iconic superspy.

As fantastic stories like Logan or The Dark Knight Returns have demonstrated, age is one of the great unravelers of man. Few things can lay a warrior quite so low as the passage of time, and in Skyfall we begin to see, for the first time, the ravages of time taking their toll on James Bond.

Really, it was one of the central tenets of the character and the mythology that this would not and could not ever happen; Bond was always shown as the epitome of sex appeal. Well-dressed, rich, good-looking, charming, and highly skilled at…well, everything, Bond was the renaissance man of the modern era. 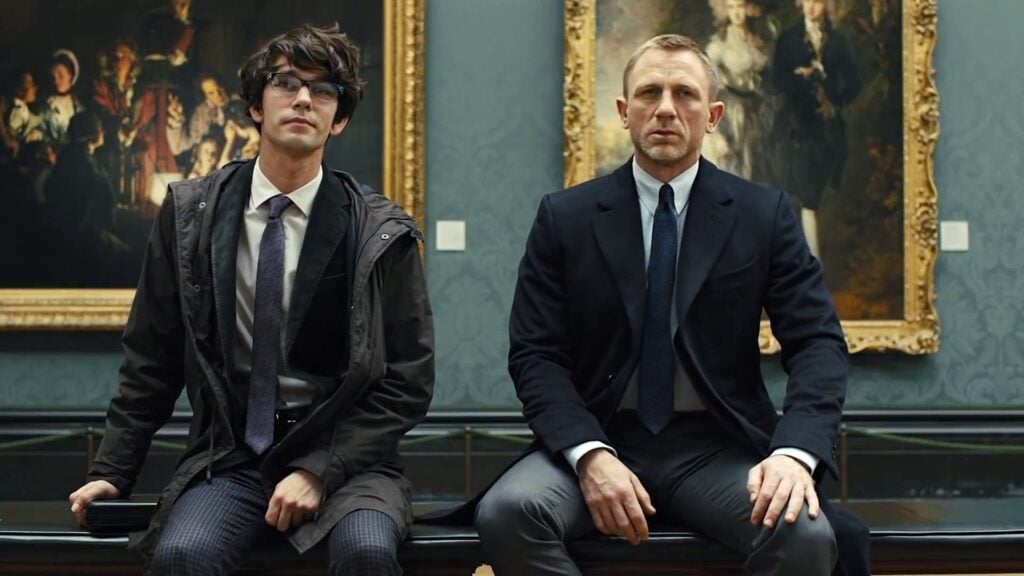 More to the point, every time an actor who portrayed the character began to age noticeably, another younger actor could simply be cast in his stead. And no doubt, some time soon, Daniel Craig will also step aside for a younger Bond, or even one of a different race or gender. Certainly, the conversation has been ongoing in all three realms of possibility. Either way, however, the Daniel Craig series of Bond films will not sidestep the issue of an aging superspy — Skyfall saw to that.

We first catch up with Bond on a mission seemingly unrelated to the central conflict of the film, as is often the case with the series. When things go sideways and James is shot and presumed dead, the impetus for the story of Skyfall set into place. While 007 obviously returns (as the film has just started), he isn’t the same as he once was.

It isn’t just this latest wound that is taking a physical toll either, as all of Bond’s injuries from his many years of globe-trotting, hard-drinking, woman-seducing, world-saving adventures seem to finally be catching up with him. For the first time, the primary means of suspense and drama isn’t whether Bond will save the day — it’s whether he even can.

When Bond returns to duty, despite the many objections of medical experts, it is as a haunted former shell of himself. He doesn’t just fail medical tests either; he also fails psychological ones, suggesting that the long term effects of the life he has chosen are not just physical. This makes his decision to come out of hiding and retirement the ultimate sacrifice he can make for his many fallen MI6 compatriots. 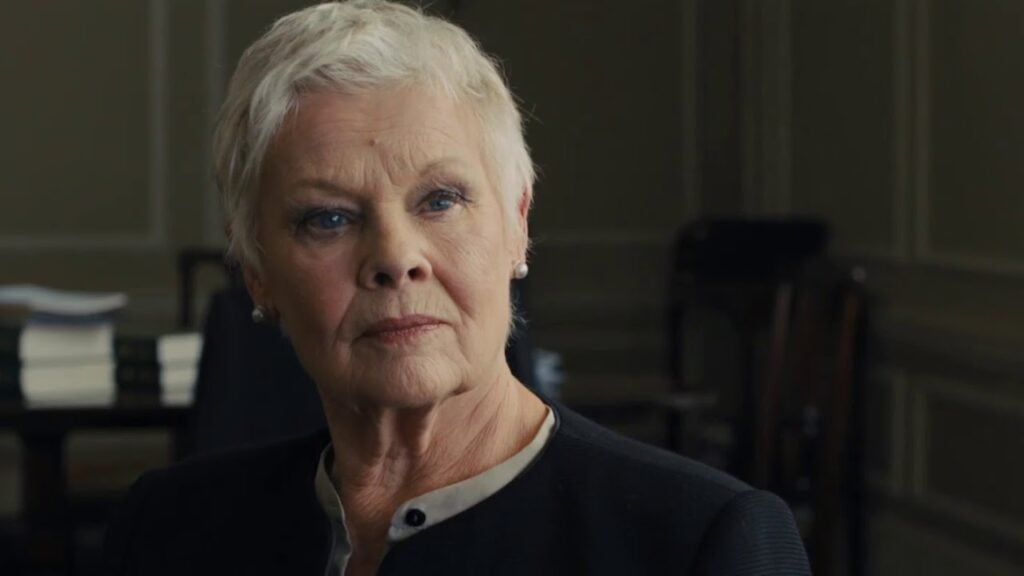 Still, heroic as that decision might appear, we are left to question throughout Skyfall whether it is ultimately the correct decision. The suspense of a mid-film scene, in which Bond hangs from the bottom of a rising elevator in order to gain access to a guarded facility, hinges not on whether Bond will be caught by guards, but on whether he can actually hold on long enough to reach his destination. As we see the exertion it takes for 007 to simply hold up his own body weight for an extended period of time, the mythology of the superspy begins to be stripped away before our very eyes.

Further still, when the finale comes, at last, it isn’t through blistering gunfire, secret technology, or military equipment that Bond is able to survive the onslaught, but through the cunning of age. Equipped with two other notably aging characters, M and Kincade, Bond sets a series of elaborate traps to secure victory. Though he does indeed escape the desperate struggle with his life, his survival comes at a heavy price.

The death of M seems to be the other question posed by Skyfall: if one continues with this work, is there ultimately only one end they can meet? With all of the talk of age, retirement, duty, and being of use, Skyfall is really a story about what a soldier, patriot, or warrior will finally become as they are laid increasingly low by the passing of the years.

With this in mind, Skyfall isn’t just one of the greatest James Bond stories, but also perhaps the deepest and most thought-provoking. It’s a film that doesn’t just up the stakes by dismantling the armor of a character we’ve followed for nearly 70 years — it’s a story that asks what the endgame for his character will be, and whether a legacy is more important than living a life of happiness and emotional health.

For these reasons and more, Skyfall is a one of a kind 007 story, and one that set the tone for the remainder of the Craig-starring films in the series. Whether we’ll see more of Bond being stripped down in the upcoming No Time to Die remains to be seen, but with Skyfall standing as a high watermark for the series, and Craig a further eight years older, all answers point to yes.

Editor’s Note: This article is part of our James Bond Spotlight.