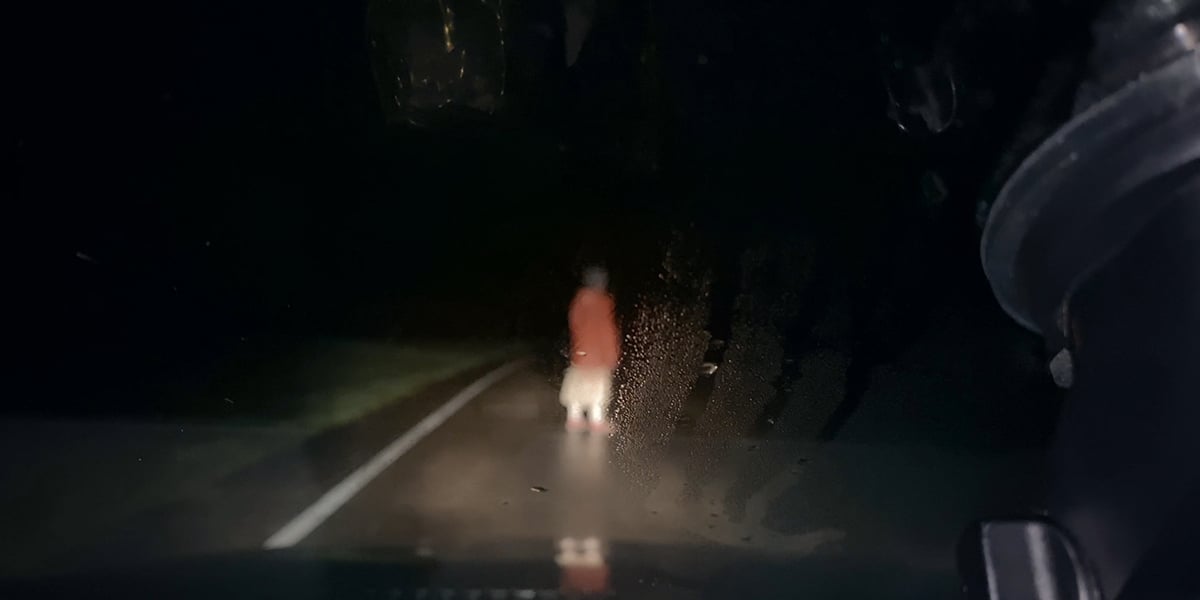 Dashcam, the latest film from English low-budget horror auteur Rob Savage, is a deeply unpleasant film about an even more unpleasant person. But what’s especially disappointing about Dashcam, which debuted over the weekend at the Toronto International Film Festival, is that while it hints at trenchant political commentary in its first act, it later collapses into just another incoherent found-footage horror film.

Savage, the director, made last year’s pandemic horror film Host, which ran on Shudder and entailed an evil presence attacking a group’s Zoom call. (Most of the Zoom calls I’ve been on the last two years actually would have been improved by an evil spirit attacking them.)

Dashcam, shot during the pandemic just like Host was, was shot mostly using iPhones. Steven Soderbergh can shoot an entire movie on an iPhone because he’s really great at framing shots and using film language for great storytelling, and Sean Baker can, too. But clearly, not everyone can. This is a horrible film to look at, which when it’s not incoherent, is just plain ugly. The blurry image that illustrates this review at the top is representative of the film as a whole.

The film stars Annie Hardy, a Los Angeles musician and TV host, who really does host an improvised streaming Internet show, live from her car, called “Band Car.” Portraying a version of herself with a Trumpist sheen, Hardy spends the early pandemic months brandishing a MAGA hat, complaining about lockdowns and other restrictions. Also, she raps- very horribly – throughout the film, including a seemingly endless freestyle verse over the closing credits.

The version we see in the film recalls Marjorie Taylor Greene — similar politics, similar social media persona, similar obnoxiously vile demeanor —except if she’d tried to pursue a career as a freestyle rapper instead of running for Congress. The movie’s only 77 minutes, but that feels like an eternity to spend with this person.

In a performance filled with Facebook-level political commentary, horrible rapping, and frequent scatological references to things going into people’s asses, Annie is the most despicable movie character I’ve come across in some time. She’s certainly the worst in any TIFF film unless you count Kenny G.

Eventually, she decides to break the summer 2020 quarantine and fly to England, in order to surprise her former bandmate (Amar Chadha-Patel), who lives with his girlfriend (Jemma Moore) and isn’t exactly thrilled with this surprise visit, even before she steals their car for an across-the-pond version of her usual social media antics.

The film starts off as not exactly great but at least implies that it’s going to give us an interesting take on a MAGA character after fiction films have repeatedly whiffed on doing so for the past six years. Movies, whether mainstream or indie, filmmakers seem to have felt like they nearly always have to balance Trump fans with overly arrogant and smug liberals.

My takeaway about all the mask and lockdown stuff is more that it’s going to make movies like this instantly dated if they’re not constantly reminding audiences of a time period that they’d all prefer to forget.

As for the live-streaming idea, it has some potential. There was another movie last year, Eugene Kotlyarenko’s Spree, that wrung a lot of clever stuff out of the premise of a crazy person live-streaming- especially through the brilliant conceit that the protagonist (Joe Keery) was murdering people on camera, but nobody caught him because his audience was so small.

But unfortunately, Dashcam doesn’t bring anything similarly clever to the table. In its second half, it becomes the worst kind of found-footage movie- with the camera swinging around everywhere and making the images incoherent more often than not.

(In neither Dashcam nor Spree did I pay any attention to the constantly scrolling comments; I realize they’re going for verisimilitude in the live-streaming genre, but it’s still a huge distraction.)

Dashcam has the imprimatur of Blumhouse Productions, and it’s not clear when it’s getting a wide release. But it’s a growing indication that that outfit is willing to put its name on things it probably shouldn’t.