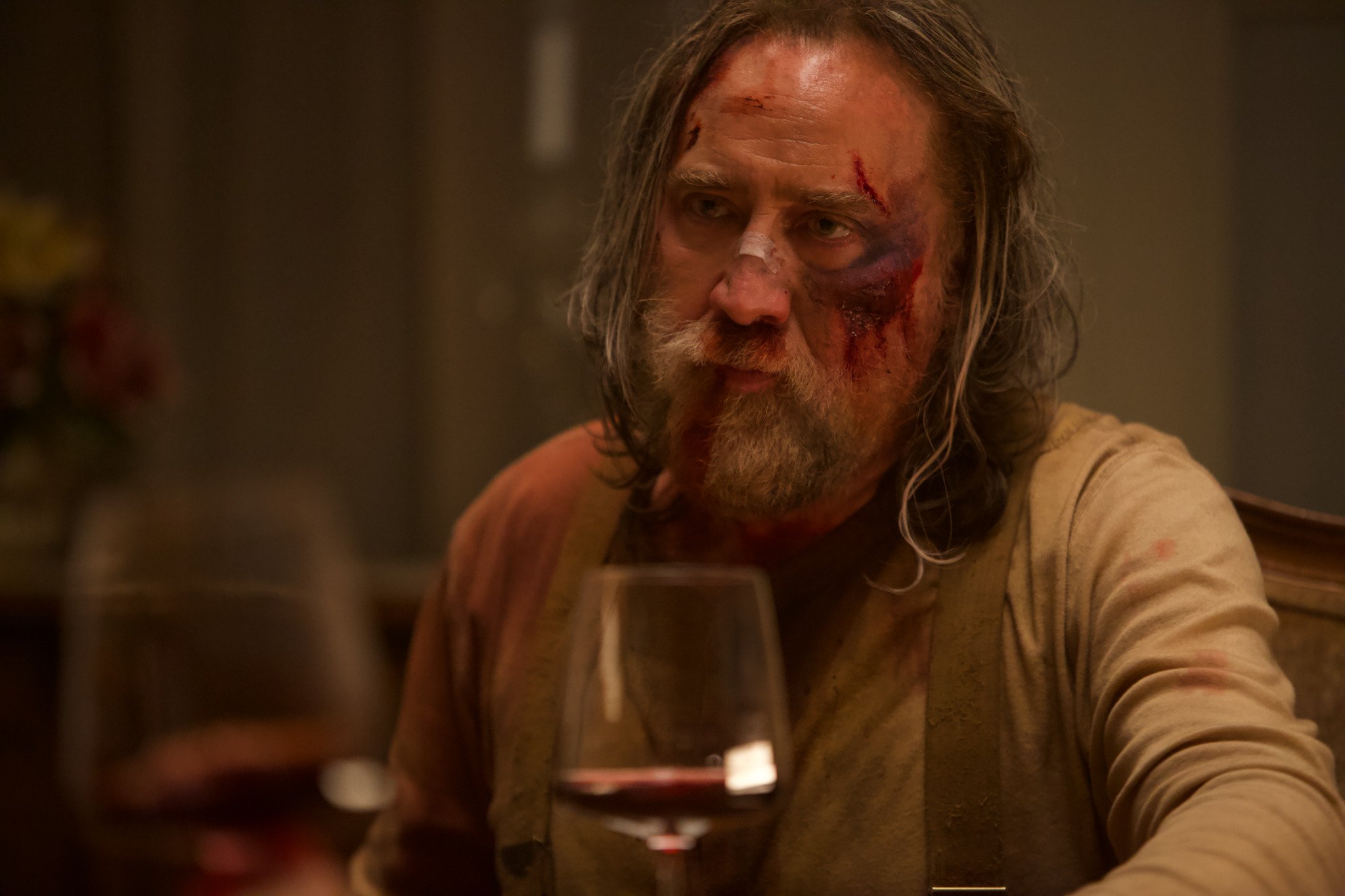 If you heard that Nicolas Cage was starring in an indie movie called Pig and that the plot consisted of Cage’s beloved pet pig being abducted and Cage going in search of it, you might make certain assumptions. For one thing, you’d probably expect Cage to go on a violent rampage, one resembling what John Wick did after the killing of his dog. You also might expect Cage to scream, gesticulate, and otherwise overact while carrying out that violent mission.

But it turns out Pig isn’t that movie at all. Cage’s performance, and the movie itself, are much more subdued and reserved than you’d think. The film is much quieter and more mournful, and Cage gives a performance that can almost be described as philosophical.

In the film, directed and co-written by first-time director Michael Sarnoski, Cage plays Rob, a truffle hunter in rural Oregon, who along with his pig, searches for truffles and then sells them. He’s facing some type of trauma from the past, involving a woman who he has lost, while we eventually gather that he was once a respected chef.

When the pig is stolen from him, he goes on a mission to the big city of Portland, where he formerly lived, to get his porcine partner back. The movie is divided into chapters, with funny dish recipe names like “Rustic Mushroom Tart.”

The Portland scenes do include some of the scenes that would show up in a movie that was more John Wick-like than this one. Cage, assisted by a younger partner (the fantastic Alex Wolff) does try to solve the mystery and does go to a few places to see people that he suspects may have taken the pig. But he doesn’t torture them, he doesn’t scream at them, or do any other Cage-like things.

Familiar actors show up, including Adam Arkin as the movie’s heavy, while Wolff, from Hereditary and his own amazing 2019 directorial debut The Cat and the Moon, plays the other key role.

Sporting longer-than-usual hair and a prominent beard Cage, who turns 60 in a couple of years, looks a bit older than that in this film. He paints a picture of a man filled with regret and dealing with it in a way much different than latter-period cage characters typically do.

Cage has had an interesting couple of years. While it’s rare to see him in a live-action studio picture these days — Pig is a NEON release — Cage still plays starring roles in about a half-dozen movies each year, often movies with offbeat or international directors.

In the last three years, Cage has starred in 2018’s Mandy, which actually was a wild revenge thriller; 2019’s equally crazy Color Out of Space; 2019’s Primal, in which he was fighting with criminals and animals on a boat; this year’s Willy’s Wonderland, in which he fought with evil Chuck E. Cheese animals, and the even more over-the-top recent festival film Prisoners of the Ghostland, the English-language debut of Sion Sono.

He’s supplemented this with voiceover work in Hollywood fare like Spider-man: Into the Spiderverse, Croods: A New Age, and Teens Titans GO: To the Movies, and was even a counterintuitive choice to narrate Love, Antosha, the documentary about the late Anton Yelchin.

These haven’t all been great movies, necessarily, but Cage at least did compelling work in all of them. But Pig is different, and an intriguing look at what’s likely to be a new, older phase of Cage’s career.