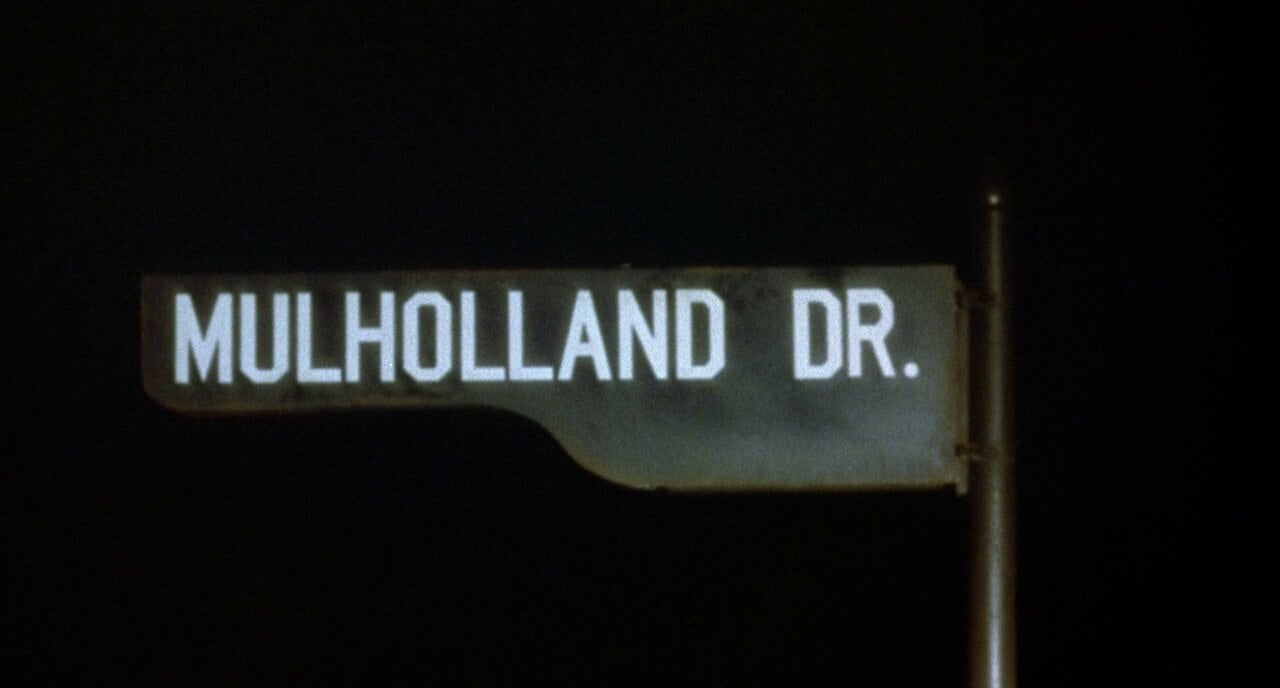 David Lynch chauffeurs a dreamy and nightmarish ride through the fantasy factory of Hollywood in Mulholland Drive.

Twenty years ago, opening night, fresh off a binge of Twin Peaks (an old-school binge of my college roommate’s VHS set), I stood in the queue, excited as all heck, to see my first Lynch film on the big screen, Mulholland Drive.

As we entered the theater, the ticket taker handed out a leaflet that had a list of questions to ponder and things to look for while watching the film. “David Lynch’s 10 Clues to Unlocking This Thriller” is not so much a helpful guide but rather a mystery in and of itself. Lynch is known for not wanting his art explained or the meaning of his work to even be discussed.

“When you finish anything, people want you to then talk about it. And I think it’s almost like a crime,” Lynch told The Guardian. “A film or a painting – each thing is its own sort of language and it’s not right to try to say the same thing in words. The words are not there. The language of film, cinema, is the language it was put into, and the English language – it’s not going to translate. It’s going to lose.”

I was not aware of his position at the time so I eagerly took the list, determined to figure out all the clues and solve the cinematic mystery of Mulholland Drive. What a naive noob, honestly.

Some of these clues may be red herrings, maybe even all of them are. It’s just not like Lynch to provide talking points for his films. It can’t be taken at face value, but you can interpret the intention of the list any way you want, much like the movie itself.

The enigmatic nature of Lynch’s oeuvre is what I have come to love most, and Mulholland Drive is a great example of this. It’s not only my favorite among his works, but has had a solid place in my top five favorite movies of all time for the past 20 years.

If film is its own language, then Lynch is one of the most fluent filmmakers in the industry, and his talent has created an offshoot of that language—a distinct and unique accent (like the specific cadence of his speech) which makes him an auteur in the truest sense.

Mulholland Drive is not meant to be translated. One derives their own meaning through experiencing the film. That meaning will vary from person to person as well as from viewing to viewing. It’s a puzzle that you will never solve or complete, but you will also never tire of trying.

I won’t attempt to describe the plot because for one, Lynch doesn’t want us to, and two, the plot really is what each individual makes of it. It’s like describing a dream you’ve had, the complexity gets lost in translation, transcribing it into words never does it justice, and the meaning it holds for you will not transfer to the other person.

There is Lynch’s meaning and the viewer’s meaning, and while there could be overlap in the Venn diagram of dissecting Mulholland Drive, one will never get exactly what Lynch put into the film, but that’s okay. By doing this, Lynch gives the audience the freedom to analyze the art from their own particular and unique perspective.

One of Lynch’s responses in an interview from BAFTA, that has since gotten the meme treatment, speaks to this.

I will say that Naomi Watts’ performance is a tour de force, one that deserved an Oscar nomination. Laura Harring is perfectly compelling and fits so well within the atmosphere of the film. Justin Theroux nails the role of hip rebel director. Many of Lynch’s signature motifs are peppered throughout and his style is fused into every strand of the alchemistic web that makes up the film.

I may miss some thematic elements or connections and I might not “get” Mulholland Drive’s deepest meanings by Film Twitter standards, but I see connections that mean something to me and I do get how deeply meaningful the film is to me every time I watch it.

And, no, I will not elaborate.