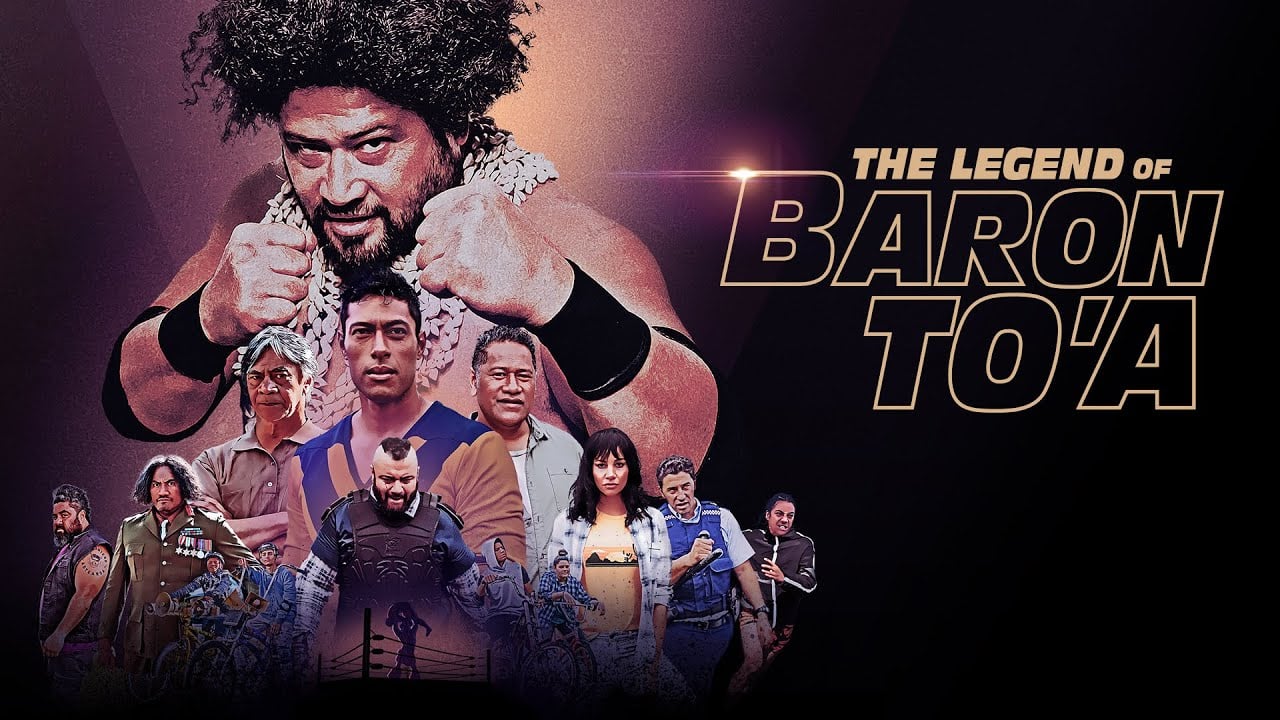 There’s an exuberance to New Zealand cinema that you’d be hard-pressed to find in any other national cinema. More often than not, every frame of a New Zealand film feels suffused with energy and urgency, with enthusiasm not just for the subject matter of the film, but the craft of filmmaking. Such is the case with The Legend of Baron To’a, a wickedly fun action-comedy from director Kiel McNaughton. Baron To’a is an incredibly strong feature debut for McNaughton, and a great showcase for leading man Uli Latukefu. It’s slick, polished, charming, and sure to leave most audiences smiling, even if there are a few pacing issues that keep it from taking off right away.

Latukefu plays Fritz, who returns to his old neighborhood intent on selling his childhood home to kickstart a business venture. Fritz’s father, the titular Baron, was a legendary figure in the neighborhood, a wrestler who kept the peace in the somewhat crime-ridden area with his indomitable fighting spirit. But with his father passed on, the neighborhood is now the stomping ground of a local gang. That same gang also stole his father’s championship belt, prompting Fritz’s uncle to refuse to sell the house until the belt is retrieved from the gang. This forces Fritz to confront the gang, embracing the legacy he thought he’d turned away from.

In a lot of ways, Baron To’a follows a familiar template of the prodigal son returning, embracing his heritage and embarking on a hero’s journey of self-discovery. It isn’t pushing any boundaries or breaking any rules when it comes to narrative structure or subtext, but rather setting down a familiar path with gusto and panache. This is McNaughton’s first feature film, but his experience directing TV has clearly prepared him. The direction is confident and purposeful, with some clever editing and smooth camera work. When the film’s fight scenes ramp up towards the end, McNaughton presents them with an old school flair, preferring long takes and wide shots over frantic editing and close-up action.

If there’s anything holding it back, it’s the pacing, which feels more than slightly uneven. The first third has a couple of set pieces that are engaging and fun, but don’t really feel as though they move the plot forward. There’s a bit of a dead spot in that first third where it doesn’t feel as though the plot is moving forward all that much. This changes later on, but the film would feel more fluid and engaging overall if these early action scenes felt more critical to the plot. That terrific fight choreography and staging also only really shows up in the last half hour. It’s worth the wait for sure, but some fight scenes of a similar caliber earlier in the film would help the general pacing issues immensely.

But these are minor quibbles, honestly. The Legend of Baron To’a is a terrifically fun movie, a great entry in the canon of New Zealand’s film output that just reinforces this critic’s adoration for NZ cinema.

Fantasia 2020: PVT Chat is a Piercing Look at Modern Love

Other Music Celebrates Esotericism, Laments the End of an Era