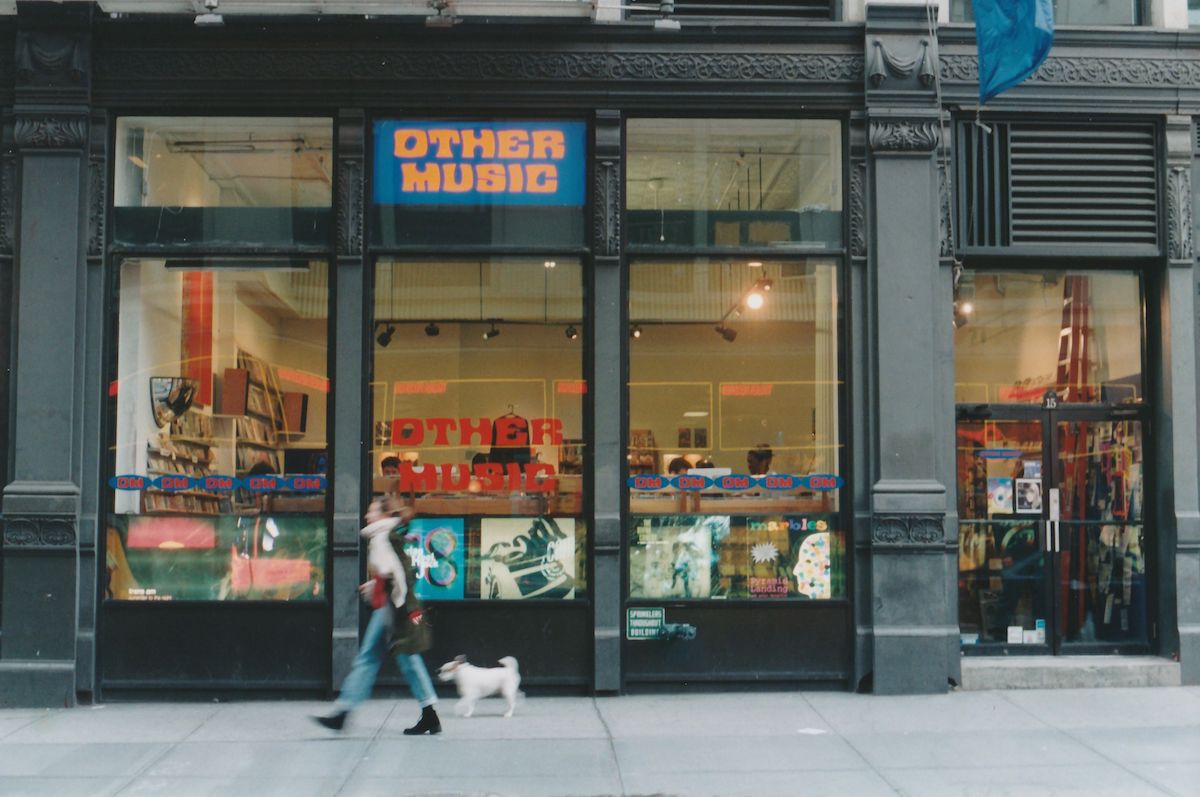 I haven’t bought a physical CD in years, but independent record stores will always have a special place in my heart. As one of the only kids in my school who loved bands such as Neu!, Pavement, and The Fall, record stores such as Rough Trade in both Notting Hill and Brick Lane, or the endless, boutique stalls in Camden Market offered a place of sanctuary; a space where one doesn’t have to explain their love for so-called esoteric music, but can be surrounded by like-minded lovers with the same passions.

Other Music, which ran from 1996 to 2016, before finally shuttering its store for good, was one such store: located in Manhattan, the legendary store offered a huge range of esoterica, limited releases, and imported vinyl from Europe. The eponymous film, filmed in the last months of the shop’s existence, shows us the huge selection of music available — stretching from Joao Gilberto to Vampire Weekend to Bill Gibson to Stockhausen — as well as the High Fidelity-like characters working there, possessing the kind of encyclopedic knowledge that simply cannot be replaced by a computer. Known far and wide, they even count celebrities like Benicio Del Toro and Depeche Mode’s Martin Gore among their customers.

For these are not your usual store clerks. Self-described weirdos and music nerds, the loveable characters that populated Other Music functioned as both critics and retailers, helpfully guiding customers to something that they may never have picked by themselves. During today’s COVID-era, with online curation supplanting physical events almost completely for the near to far future, a film such as Other Music highlights the importance of these in-person recommendations and passions; the handwritten notes recommending each CD are thought-through and personable, as are the strange categorizations of different records, forcing new and interesting ways to think about music. Today, without being forced out of one’s comfort zone, it’s easy to stay within the confines of “More Like This” recommendations on Spotify, Apple Music, and YouTube — an observation that could easily also apply to books and films.

Despite the film’s affable personalities, celebrity talking heads, and upbeat tone, as well as nostalgia-filled stories of in-store gigs by artists such as Neutral Milk Hotel and The Yeah Yeah Yeahs!, it basically functions as a feature-length lament of a time (and perhaps world) that will never return. It also doubles up as a commentary, reminiscent of LCD Soundsystem’s New York, “I Love You But You’re Bringing Me Down,” on the difficulty for any non-franchised business to stay afloat in the mean streets of Manhattan. The future for artists, such as Animal Collective, who are interviewed here, to bring their music into a store and make a name for themselves, looks bleak, as it does for anyone who wants to be pushed out of their comfort zone and made to think in a new way about music. The songs may remain the same, but what use is it if there’s no one left to hear them?