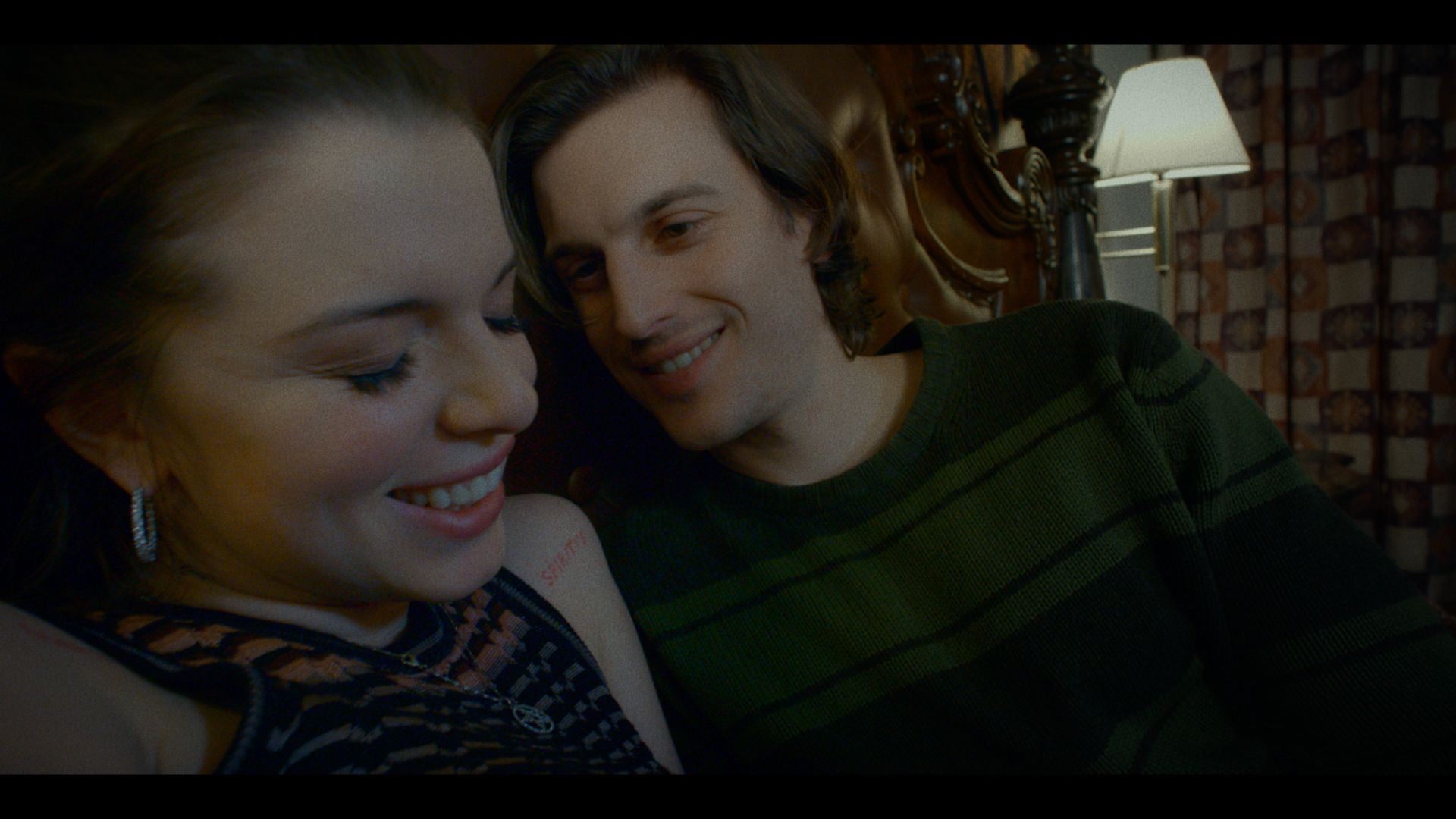 For anyone lucky enough to still have a stable job amid the pandemic, there’s a good chance they’re doing much of their work via video chat programs like Zoom or Skype. Every conversation with coworkers via these digital platforms is a kind of performance; we’re hyperaware of how we appear and come off to others once there’s a camera on us, even though our coworkers could learn far more about us when face-to-face conversations were the norm. In PVT Chat, the writer and director Ben Hozie has created an unusual virtual thriller that explores the fantasies we weave for those whose knowledge of us is only skin deep. The film flirts with documentary-like verité before transforming into a compelling neo-noir statement.

Peter Vack stars as Jack, whom we’re introduced to as he surfs the internet for webcam models whom he can converse with before masturbating to. His favorite sessions involve dominatrices, and he takes pleasure in being bossed around and dominated, and even mimes letting women discard the cigarette ashes on his tongue. He lives in a terrible, bare apartment in New York City, where he previously had a roommate, though they have died recently under mysterious circumstances. When Jack’s not pleasuring himself, he spends his time playing virtual casino games, especially blackjack. (It can’t be a coincidence that Jack’s name is significant both to his masturbatory and card-playing interests.)

At one point, a painter sprucing up his apartment asks him if he counts cards, but Jack tells him that it’s impossible with online blackjack. Card counting is simple and one of the few ways to swing the odds in a player’s favor, but Jack wants nothing to do with it. His gambling is a manifestation of the sadomasochism he craves when he’s with a cam model; He loves winning, but he seems to get almost as much pleasure from losing, and anything that decreased his likelihood of losing wouldn’t be as pleasurable. His inability to stop playing means he’ll get plenty of both before he inevitably maxes out his credit card or his bank account. PVT Chat doesn’t reveal if Jack has any kind of job or if he’s just gambling away his savings on the virtual cards.

His online malaise is interrupted when he finds a new cam girl who takes his breath away. Scarlet (Uncut Gems’ Julia Fox) covers herself in leather and is more exacting than the other women he chats with online. Her sessions are harsher and more degrading, but she also has a playful air that he finds nearly as addictive as cards. Jack is as addicted to her private shows as he is to the blackjack games, and he’s left reeling when she takes an unexplained absence. But just Scarlet disappears from the cam website, Jack spies a woman on the street who looks suspiciously like her.

Obsession suffuses every moment of PVT Chat, and Hozie visually captures the singlemindedness of someone trapped in an obsession. Most of what we see in the film’s first half is on Jack’s screen, and when he’s not glued to the screen, we mostly see him in his dingy apartment, where the landlord has pledged not to renew his lease due to late payments. That formal constraint isn’t demolished in the second half when we finally see Scarlet on the other side of her computer screen and learn of a plot she and her boyfriend Duke (Mumblecore regular Keith Poulson) are cooking up. At this point, PVT Chat transforms from a drama informed by the French New Wave (including the eye-catching block letters in the opening titles) and the so-called Mumblecore films into a neo-noir crime film.