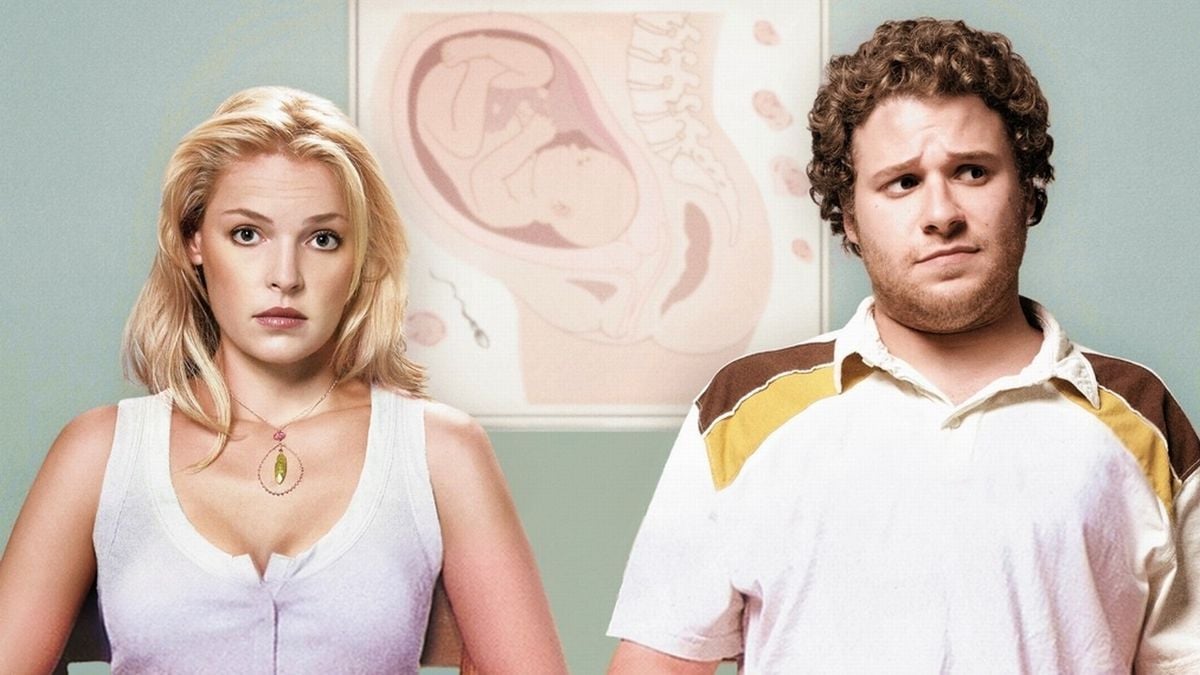 A decade-and-a-half after its release, Judd Apatow’s 2007 comedy Knocked Up is mostly known for a few controversies: The way many saw its plot as a cop-out when it came to dealing with the abortion issue, leading lady Katherine Heigl’s accusations that the film was sexist, and the film’s wildly egregious misreading of Steven Spielberg’s Munich.

All of those controversies have some merit. But that doesn’t mean the film itself deserves to be written off.

Apatow’s second film as director, following 2005’s The 40-Year-Old Virgin, Knocked Up arrived during that period when Apatow was the hottest thing in movie comedy, having also been involved as producer or writer in several other projects (Superbad, which Apatow produced but didn’t write or direct, arrived two months later.)

Knocked Up featured a very specific high concept: Schlubby guy Ben (Seth Rogen) has a drunken one-night stand with a beautiful, out-of-his-league Alison (Heigl), leading to her pregnancy, and their uneasy, mismatched courtship. The film’s secondary couple consists of Alison’s sister Debbie (Leslie Mann) and her husband Pete (Paul Rudd); their relationship would be the focus of the later Apatow movie This is 40.

Like just about every movie Apatow has ever directed, Knocked Up is the story of an immature protagonist, who needs to find a way to grow up and reach mature adulthood. And in Apatowland, this nearly always involves embracing career success, monogamy, and the nuclear family. (It’s also a perennial for Seth Rogen- in 2019’s Long Shot, released 12 years after Knocked Up, he’d still be playing the immature schmuck, in a relationship with a tall beautiful blond who’s way out of his league.)

Apatow, like the Farrelly brothers before him, made a habit of making movies that were filled with raunch, and bodily fluids flying around everywhere, only to eventually embrace traditional social values. So despite nearly everyone involved probably voting for Democrats for their entire lives, the films ended up upholding conservatism.

The film is undoubtedly hilarious, thanks to a cast full of very funny people, a winning concept, and some legitimately funny moments. But there’s a lot about the film that left bad tastes in people’s mouths.

It’s been argued, at the time of the film’s release and more recently, that it’s unrealistic for Alison to not have an abortion. That may be true, but then again that’s not what the movie was about (a comedy about a woman in a similar situation having an abortion, The Obvious Child, would be released a few years later, and the movies have since become a lot less squeamish about characters having an abortion.)

Was the movie sexist? Its own lead actress would say so, in a Vanity Fair interview the following year.

“It paints the women as shrews, as humorless and uptight, and it paints the men as lovable, goofy, fun-loving guys. It exaggerated the characters, and I had a hard time with it, on some days,” the actress said. “I’m playing such a bitch; why is she being such a killjoy? Why is this how you’re portraying women? Ninety-eight percent of the time it was an amazing experience, but it was hard for me to love the movie.”

Heigl certainly has a point- and she may have paid for that point since her run as a movie star was over not long after that.

The film is pretty clearly told from Ben’s point of view, and not Alison’s. He’s given a group of friends, played by a coterie of Apatow perennials (Jason Segel, Jay Baruchel, Jonah Hill, and Martin Starr), who provide some of the film’s funniest moments; Alison is merely given co-workers (including both Bill Hader and Kristen Wiig.)

Meanwhile, the character of Debbie is painted as an awful, nagging shrew, despite being played by the director’s own wife. That’s the type of monstrous wife/girlfriend often seen in movies back in the aughts (see Ed Helms’ wife in the first Hangover movie), but less so since then.

Then there’s the Munich speech. In an early scene, Rogen and the other characters praise the 2005 Steven Spielberg historical epic, about a team of assassins killing those responsible for the 1972 Munich massacre. In truth, Munich is a morose film, about the toll that violence and vengeance take on those inflicting it.

The Knocked Up characters, though, did not see Munich that way.

“That movie has Eric Bana kicking ass,” Rogen’s character says. “Every movie with Jews, we’re the ones getting killed. Munich flips it on its ear. We’re capping people.”

“Not only killing, but taking names,” Jonah Hill’s character says.

“If any of us get laid tonight, it’s because of Eric Bana and Munich.”

Judd Apatow, in his subsequent directorial efforts, would continue to pursue the formula in which an up-and-coming comedy star must spend a movie trying to establish their maturity, applying that to both Amy Schumer and Pete Davidson in the ensuing years. He’d get away from that this year, with the pandemic “satire” The Bubble, but it was the worst film of his career; the director has had more success, however, with HBO documentaries, including four-hour tributes to Garry Shandling and George Carlin.

If you’re curious whether Knocked Up holds up these days, it’s streaming on various platforms.