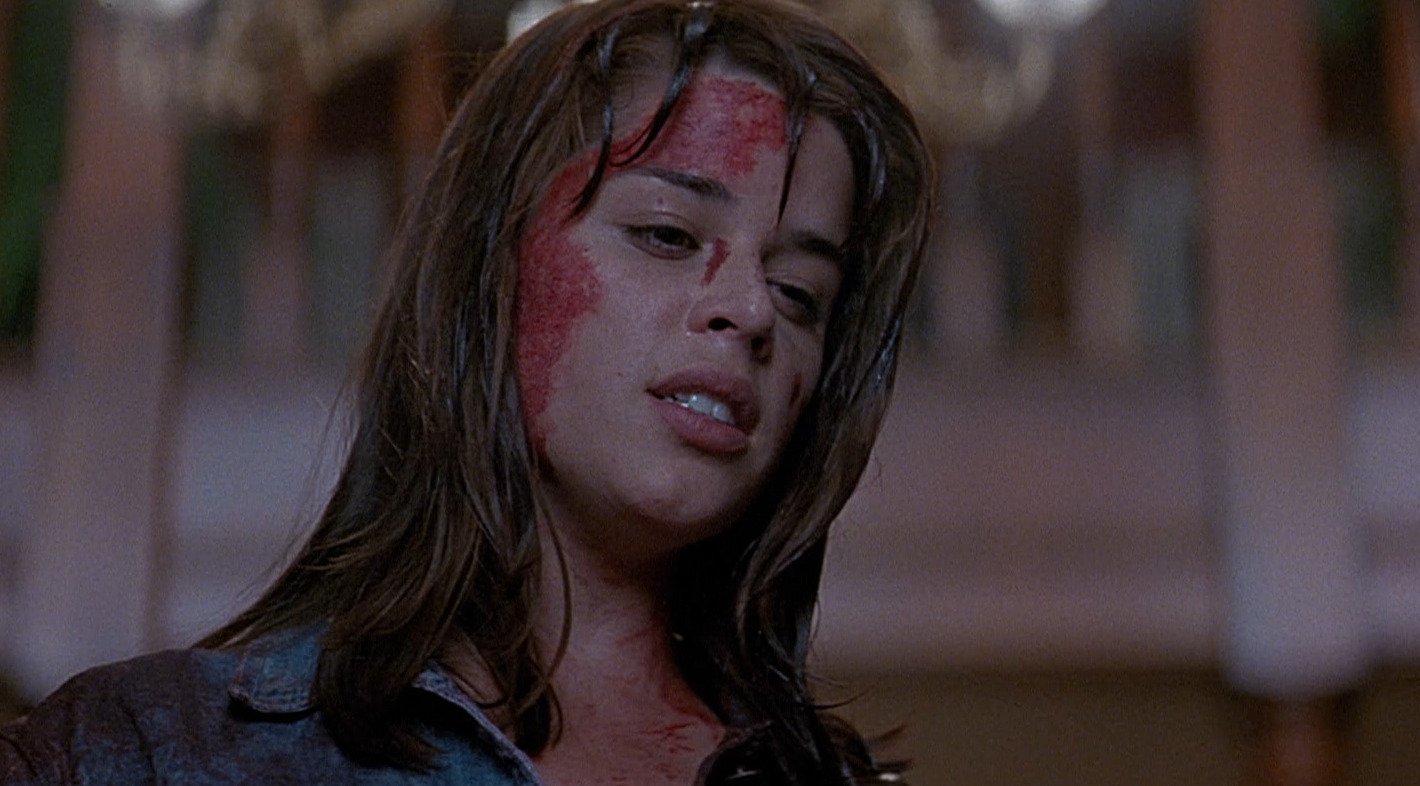 When you think of feminism and horror, Sidney Prescott (Neve Campbell) should be one of the first names that come to mind. The iconic protagonist from the Scream franchise, this woman has dealt with it all (and by “it” we mean a slew of serial killers—each going by the name of Ghostface—and years of trauma).

The Legacy of Scream

We first meet Sidney in 1996’s Scream, directed by horror genius Wes Craven, as she approaches the one-year anniversary of her mother’s death. Throughout the film, Sidney finds herself being hunted by a horror-movie-obsessed killer, while her friends find themselves unfortunate victims in the killer’s deranged plot. At Scream‘s climax, we learn that Ghostface isn’t one but two boys from her high school. The first is Billy Loomis (Skeet Ulrich), whose mother walked out on her family when she discovered her husband was having an affair with Sidney’s mom. The other is Stu Macher (Matthew Lillard), Billy’s best friend who’s obsessed with classic slashers. The boys confess to killing Sidney’s mom and framing her lover Cotton Weary (Liev Schreiber), but before they can get away with their evil plan and finish off Sidney, she manages to kill them both and save the day (or at least herself). As the Scream series continues, each becomes more convoluted and outlandish. Over the next three installments, we find out that Sidney has a half brother, that there are more Ghostface copycats than there rightfully should be, and that some people are willing to do anything (and kill anyone) to become famous.

While there’s a lot that can be said about the franchise—it revolutionized horror at a time when the industry was at an all-time low; it killed off characters played by big-name celebrities, so you never knew who would be killed next; it was a meta without being ridiculous, and serious without being full of itself—we want to focus on just how incredible this Scream queen is (get it?).

To say Sidney’s character reinvented horror would be an understatement. Unlike other final girls, Sidney doesn’t begin the film living a normal life. She’s a young woman having to come to terms with the very real trauma of losing her mother at such a young age and in such a brutal way. Because of the nature of her mother’s death, she’s been in the public eye for the last year. She testified against the man she thought killed her mother, and then was challenged on her claim by a famous reporter, Gale Weathers (Courteney Cox). She’s working through the trauma of her mother’s death and sexual assault, while also trying to navigate a relationship and pressure to be sexually active with her boyfriend, Billy. She’s also a teenager trying to live a normal life and navigate the frustrating ecosystem that is high school.

Serial killer and media sensationalism aside, Sidney is dealing with some heavy real-world baggage. Sexual assault, the death of a parent, relationship pressures, untrustworthy partners, and the stress of education are issues that are faced by real women daily. Unlike other final girls before her, who are often unencumbered by legitimate problems, Sidney is forced to rectify both her personal issues and the violence being imposed on her by Ghostface.

And Sidney has to face the amalgamation of these problems at the end of the movie too. When she has her showdown with Billy and Stu, she’s being made to face her mother’s murderers, her friends’ killers, a dangerous partner (who had sex with her only a few moments earlier after bothering her about it all movie long), and two men who are trying to take her life.

A Feminist Throughout the Franchise

Not only is Sidney an absolute badass in this film, but she’s a feminist icon in the subsequent Scream films too. In the sequel, the faces off against Billy’s mother and a Ghostface copycat. In the third installment, she faces the killer (this time her half-brother) head-on and actively hunts him down to save her friends. And in the fourth film—in which she’s back in town to promote a book she wrote about overcoming trauma and healing from past wounds—she faces off against her cousin, looking to take her place as the lone survivor of a serial killer’s murderous spree.

Sidney Prescott is courageous, unyielding, and tough and nails despite her vulnerability. She’s a good friend, a dedicated daughter, a trauma survivor, and one of the greatest feminist icons in horror history.

‘Disturbing Behavior’ is a Pure Relic of the 1990s