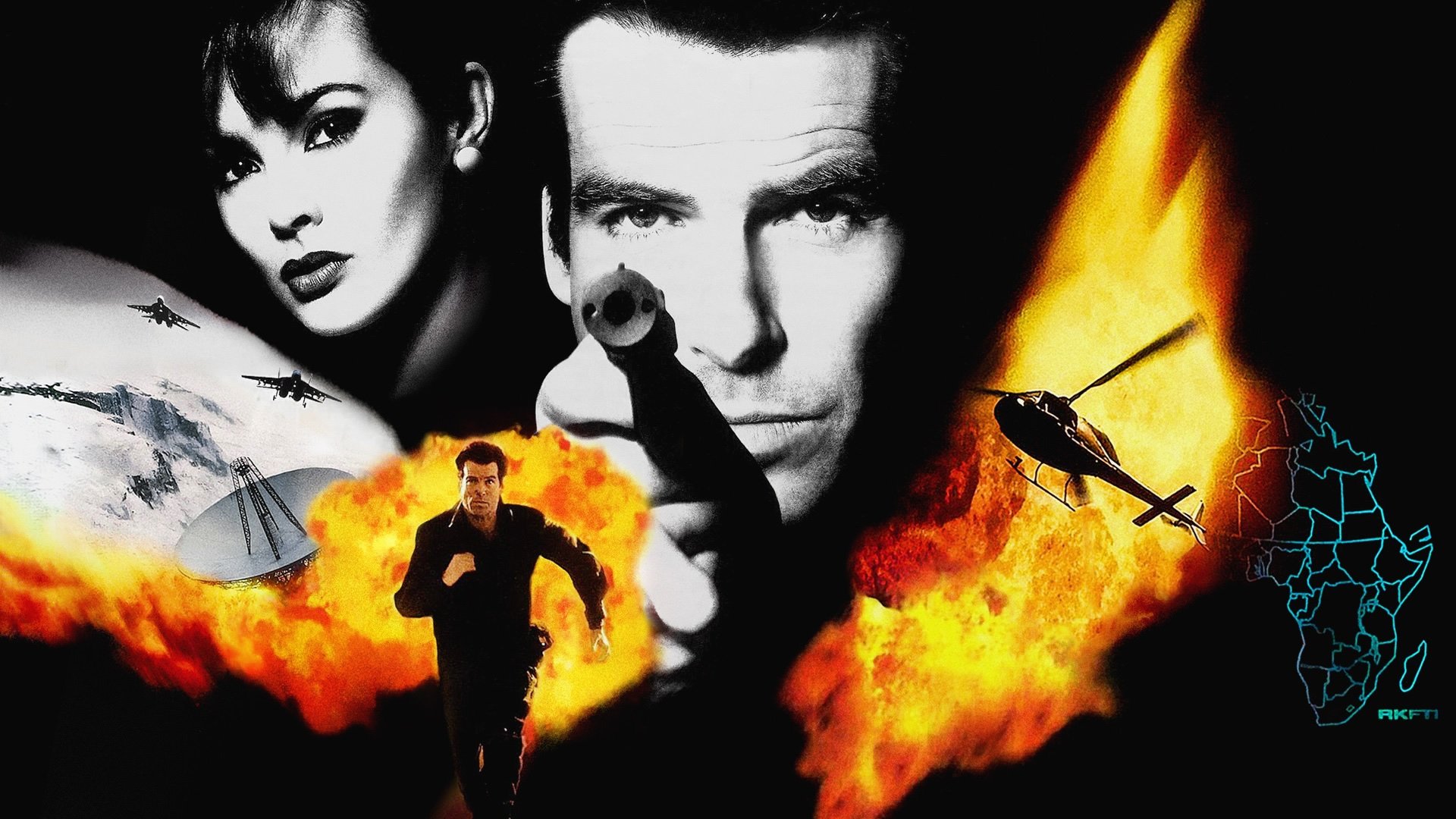 The Essence of Bond has been shaped and re-shaped constantly over the decades and that has been due to its mostly successful ability to plug into the popular zeitgeist and meld that aesthetic with what makes Bond, well, Bond: Q gadgets, adventure tourist locales, voluptuous ladies (assuming the role of both friend and foe) and a version of suave and sexist male masculinity first cultivated by Sean Connery in Bond’s first outing, Dr. No in 1962. In the early nineties, it was time again to re-invent Bond, or rather his universe as not only was Timothy Dalton moving on from the Bond Franchise but the politics on the international stage had changed drastically. It was time for Bond to integrate into a post-Cold War world and director Martin Campbell was brought on board, along with Remington Steele television actor Pierce Brosnan to help make that happen and the resulting Goldeneye represents an enjoyable and confident exercise in adapting Bond for a new age.

Aside from a thrilling opening where James Bond and fellow MI6 operative 006 Alec Trevelyan (played by Sean Bean) raid a chemical weapons plant in Northern Russia- the subsequent opening credits sequence plays nicely to the story about to unfold. Helmed by music director Daniel Kleinman taking over from the series’ veteran designer Maurice Binder, the sequence combined CGI (a new addition to the franchise) with live-action photography to show images of women in silhouette destroying iconographic idols of the old Russian empire. Scored against the theme song written by Bono and The Edge and sung by Tina Turner with brash, feverish fervor- the slick combination of image and sound gives Goldeneye a fresh and sophisticated polish.

Back in London, the face of MI6 has also changed: stage veteran Judi Dench stepped up to the plate as M, giving Bond a dressing down, declaring him a “sexist, misogynist dinosaur, a relic of the Cold War” and even Moneypenny, M’s assistant, played now by Samantha Bond can give as good as she gets by declaring Bond’s flirting tantamount to sexual harassment unless of course, he plans on making good on his innuendoes someday. The Moneypenny in this update feels drastically more assured and contemporary when compared to the prior sycophantic portrayals by Lois Maxwell and later Caroline Bliss. Brosnan certainly looks the part and even though his character seems a bit imperturbable during most of the film, there is a wit and levity imbued in his performance when sparring with Bond Girl and computer programmer Natalya Simonova (played by Izabella Scorupco) when getting out of a tight squeeze from henchwoman Xenia Onatopp, played wonderfully by Danish actress Famke Janssen. Janssen’s portrayal of Onatopp isn’t the best thing about Goldeneye but is definitely the most fun and playful thing the film has to offer and she steals every scene she is in, even if she is hovering in the background savouring her moments of villainy.

What makes Goldeneye really stand out though is the motivations of its villain and double agent Alec Trevelyan. His goals reach beyond the machinations of your stock Bond villain bent on world domination or consumption- when it comes down to it, all Trevelyan really cares about is getting his pound of flesh from Bond and England. The fact that he hijacks a Russian nuclear satellite to send the U.K. back into the Dark Ages by firing off an EMP feels like an afterthought when compared to a blood feud he wants to settle going back to atrocities committed against his family by Britain at the outset of the Cold War. The fact that the story brings in this sense of world history and bookends the Cold War in this grisly way helps keep the plot moving along nicely and brings an emotional complexity and entanglement to all the major players involved. Indeed, Goldeneye is not only a terrific exercise in blockbuster filmmaking including some incredible action sequences and performances which even inspired and spawned a classic blockbuster multiplayer gaming experience on the Nintendo 64 but stood as a testament to the fact that sometimes you can really teach a new dog new tricks.