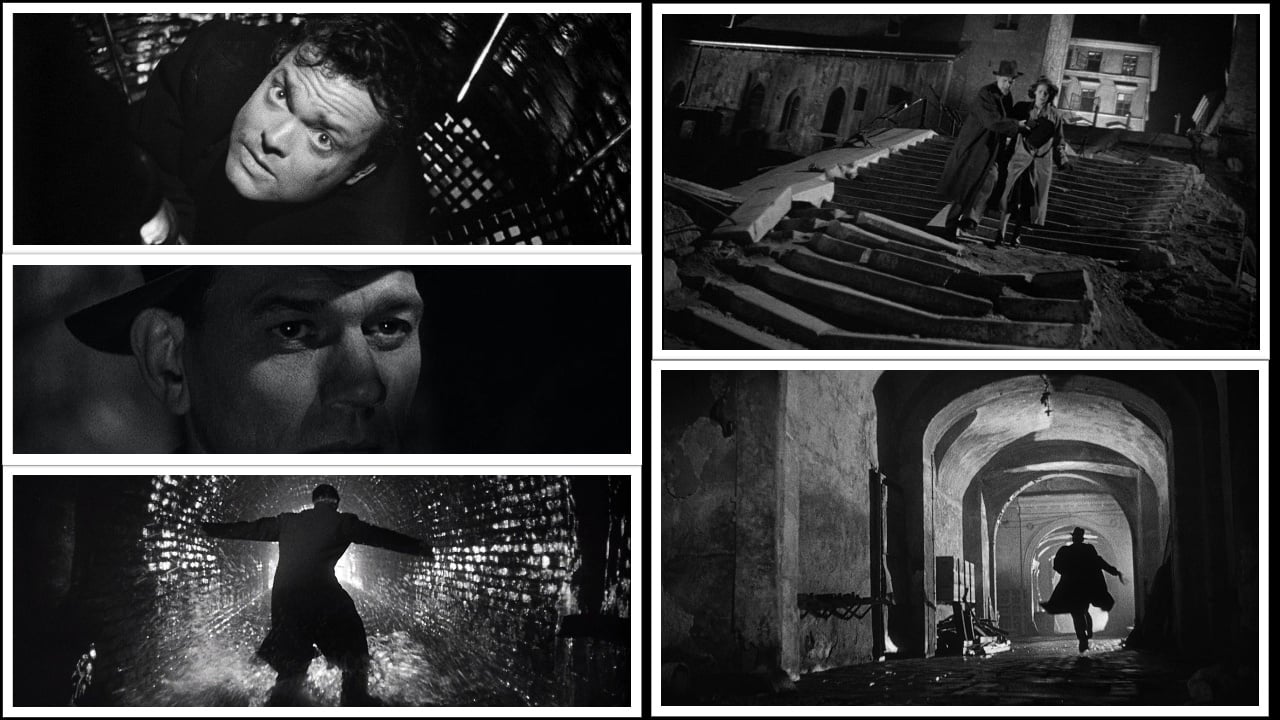 The Third Man is a testament to the power of moving images. Often enough in the minds of the public, the writing or the acting of a film are considered the only true artistic aspects, while the cinematography is pushed aside as merely a technical detail, only the paint and brush needed to create the masterpiece. But some films’ cinematography demands the attention of even the most half-hearted of moviegoers, and The Third Man is one of them. While the images in some movies can be thought of as merely a medium through which to view the events unfolding, every scene in The Third Man is a well-designed portrait. Much like the post-WWII Vienna that the story takes place in, the film is dark, convoluted and intense.

The story opens with a twist. Holly Martins, an American novella-writer, arrives in Vienna to secure a job offered to him by Harry Lime, an ex-school friend, only to find Harry dead and Vienna riddled with black market schemes and corruption. Although the police have decided that Harry died in an accidental car accident, there’s a hole in the report. A witness says he saw three men drag the body away from the scene while the officer says there were only two. This third man becomes the focal point of the film.

The movie opens with a playful score of zither music that continues throughout the film, alternating with the mood. We hear the cynical narrator go through the dark reality of the setting in typical film noir fashion, and like most great journeys, it begins with a train. Apart from being a thriller in the Alfred Hitchcock tradition, the director, Sir Carol Reed, employed artistic techniques from his greatest influence, the German Expressionists. The chameleon-like zither song and the use of shadows are used to display a divided Vienna, split among the four powers that controlled it after the war: the Americans, Russians, British and French. The fact that no one can seem to speak the same language for an extended length of time is another testament to the division.

Holly Martins, acting as one of the gumshoes in his dime-store novels, asks around to Harry’s friends and finds inconsistent stories. The tale becomes increasingly convoluted as the witnesses grow less reluctant to speak. Some critics have spoken negatively of the way the camera tilts and turns in The Third Man, calling it “distracting,” but it is my opinion that this only enhances the mood of the moment. When a film is graced with such a bold plot and risk-taking actors, it’s only fitting that the director is allowed a license or two as well.

Even if you don’t like black-and-white movies, or if film noir is not your cup of tea, there is something for every film lover to enjoy in this cynical British thriller. The well-spun writing, evocative acting, and sinister twists ensure that even the most reluctant of viewers will be asking, right up until the end, who is the third man?

Goldeneye: One of the Better James Bond Films