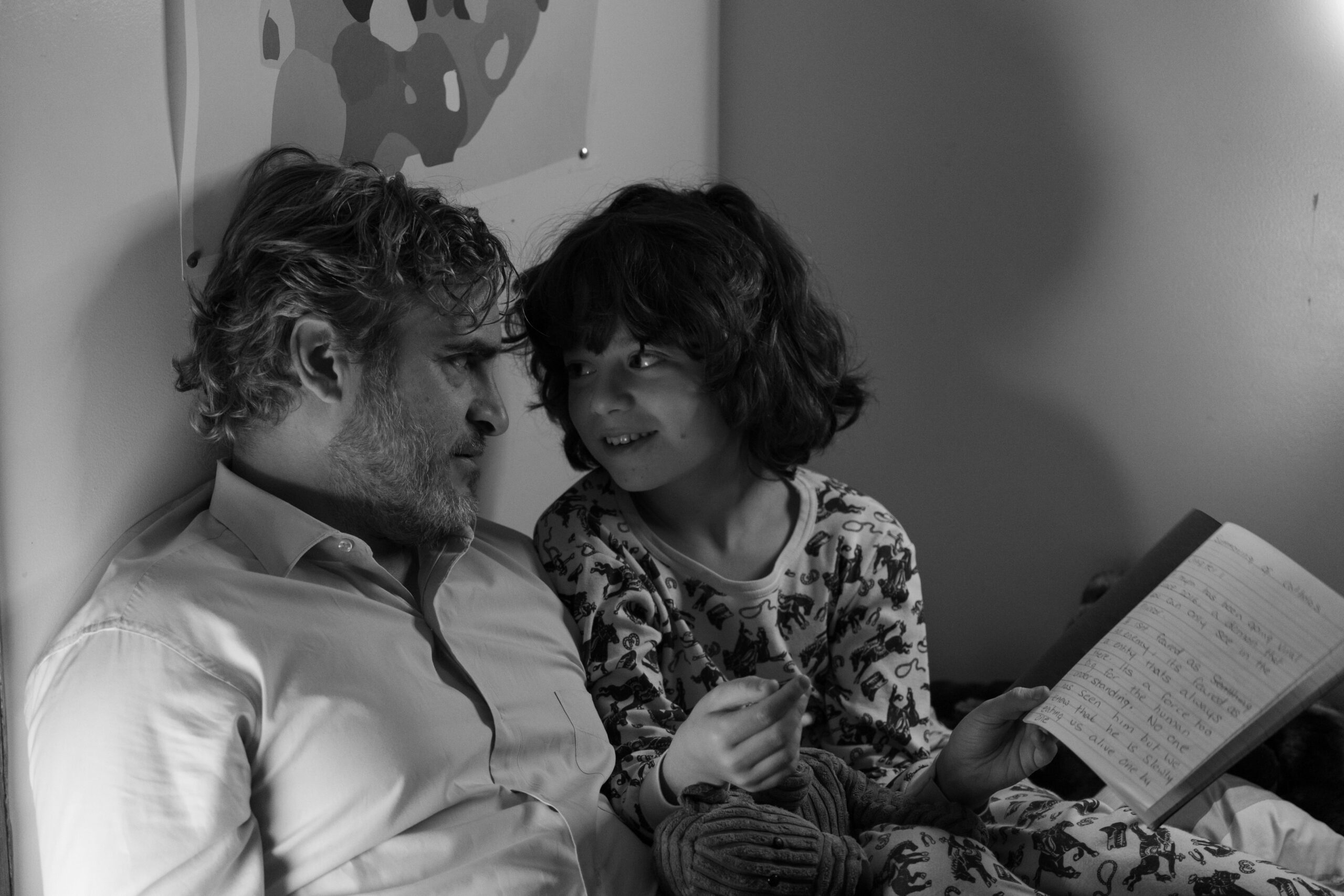 Photo: Courtesy of A24 Films

Adults don’t take kids seriously. Why? Because they’re kids and adults think they know better. Do adults remember the frustration of being brushed off, dismissed or neglected simply because they were children? Do adults remember the anger that came from the perspective that their thoughts and feelings weren’t valid or worthy of legitimate consideration? In C’mon C’mon, Mike Mills proves that even though kids can be a pain, so can adults and it’s important to listen to what young people have to say.

Mills is a family man. His previous films, Beginners and 20th Century Women, were inspired by his father and mother, respectively. This film is even more personal as he draws on his own recent experience of becoming a father. In the spectacular 20th Century Women, he explored how difficult it is to raise a boy to become a good man. C’mon C’mon is a companion piece that deals with a younger child and is interested in a new parent’s whiplash of responsibility. Mills blends a touching story with unscripted interviews of kids in the real world to construct a unique portrait of parenthood. The two formats elegantly blend in an attempt to reframe our assumptions about young people and remind older generations that they are accountable for shaping kids’ lives and the world they will inherit.

Johnny (Joaquin Phoenix) is entrusted to care for his 9-year-old nephew Jesse (Woody Norman) while his estranged sister Viv (Gabby Hoffman) cares for her mentally ill husband. Johnny is a radio journalist working on a piece that takes him and his audio recording kit across the country to interview young people about their experience in the world and what they think the future will hold. Jesse joins him on the cross-country journey providing a more complete view into the lives of those Johnny interviews.

It’s this aspect of Johnny’s life that brings documentary into the film. Mills chose specific cities for the types of subjects they could offer and what they represent to the country. Johnny interviews children of immigrants in New York City, a hub for families looking for a new life. In Detroit, he finds young residents of a city thought to be the future of manufacturing before the industrial rug was pulled from its feet. He speaks with children that have first-hand experience of the dangers of climate change in New Orleans. The public radio faithful will recognize names of the journalists and personalities who consulted on the film in its credits.

Mills shot the film in black and white partly as a nod to Wim Wenders’s film Alice in the Cities, which he used as a reference point. The color choice also acts as an aesthetic uniform for the conflicting aspects of fiction and non-fiction in a story he describes as “a fable interwoven with documentary.” A wonderful, dreamlike score from Bryce and Aaron Dessner of the rock band The National floats through the monochrome world and gently guides the viewer through the film’s peculiar blend.

The children answer enormous and introspective questions. They respond insightfully with the comfort and ease expected from enlightened elder caricatures. They say things like: “now you can speak your feelings easier but not easily” and struggle with “people not understanding you even though they’re there to understand you.” Their inspiring and heartbreaking sentiments force the viewer to confront the difficult future that awaits the young interviewees. Though some won’t even get the chance to experience it; as is the case with Devante Bryant, one of the film’s interview subjects who was killed by a stray bullet in New Orleans’s 7th ward. As the microphone records their thoughts in the documentary scenes, the film walks a narrative tight rope as it tries to balance its fictional side. It teeters with the inevitable realization that famous actor Joaquin Phoenix is interviewing these kids, but his ability to exude warmth and divert the focus to his young subjects is what ultimately makes these scenes successful.

We last saw Phoenix in 2019’s controversial Joker, in which he played an emaciated, sadistic comedian who struggles with mental illness. Johnny is a tremendous departure from the murderous Arthur Fleck, though they both live in New York City. Throughout his career, Phoenix impresses with his ability to disappear into the characters he portrays; however heightened or average. His range makes it difficult to argue that he’s not one of the most talented actors of his generation.

As they skip around the country, Johnny and Jesse’s relationship progresses like a road trip on the interstate. At times it glides along gloriously with beautiful views until it hits the breaks, inching through the unexpected congestion of a collision. Jesse refuses to sit as an interview subject but finds joy and wonder playing with Johnny’s recording kit. Jesse’s energy and imagination wear on Johnny throughout his crash course in parenting. The pair’s playfulness, intimacy, and elation intersperse with confusion, hopelessness, and frustration. Johnny makes several surprising discoveries of how to care for Jesse on his own but at times it becomes too much and he turns to Viv for help.

Mills’s deference to the burden and importance of women in our world flows into C’mon C’mon from 20th Century Women. Viv provides understanding and guidance to her brother Johnny, just as she does to her son and her sick husband. Sometimes that understanding comes from not understanding, like when she tells Johnny “nobody knows what they’re doing with these kids. You just have to keep doing it.” Johnny’s troubles in caring for Jesse become the salve that heals his relationship with his sister. They also help him look inward; as in when he questions if Jesse is spoiled or he is.

As in 20th Century Women, Mills’s characters interact with texts from the real world that he explicitly credits on screen when they are referenced. Johnny reads Claire A. Nivola’s Star Child to Jesse and learns from Jacqueline Rose’s Mothers: An Essay on Cruelty and Love that we look to mothers to fix all the ills of the world.

The success of this film, as with Mills’s other work, is the respect he has for young people. His films don’t present them as an obstacle or a puzzle that adults must manage. He’s genuinely interested in their perspective and puts them on the same level as the adults in his films. Mills’s message is this: Kids are always talking. We try to stop them, but we shouldn’t.

Passing: A Moving Tale of Feeling Insufficient In Your Own Skin

A24’s Lamb is a Wild Story of Inter-Species Parenting