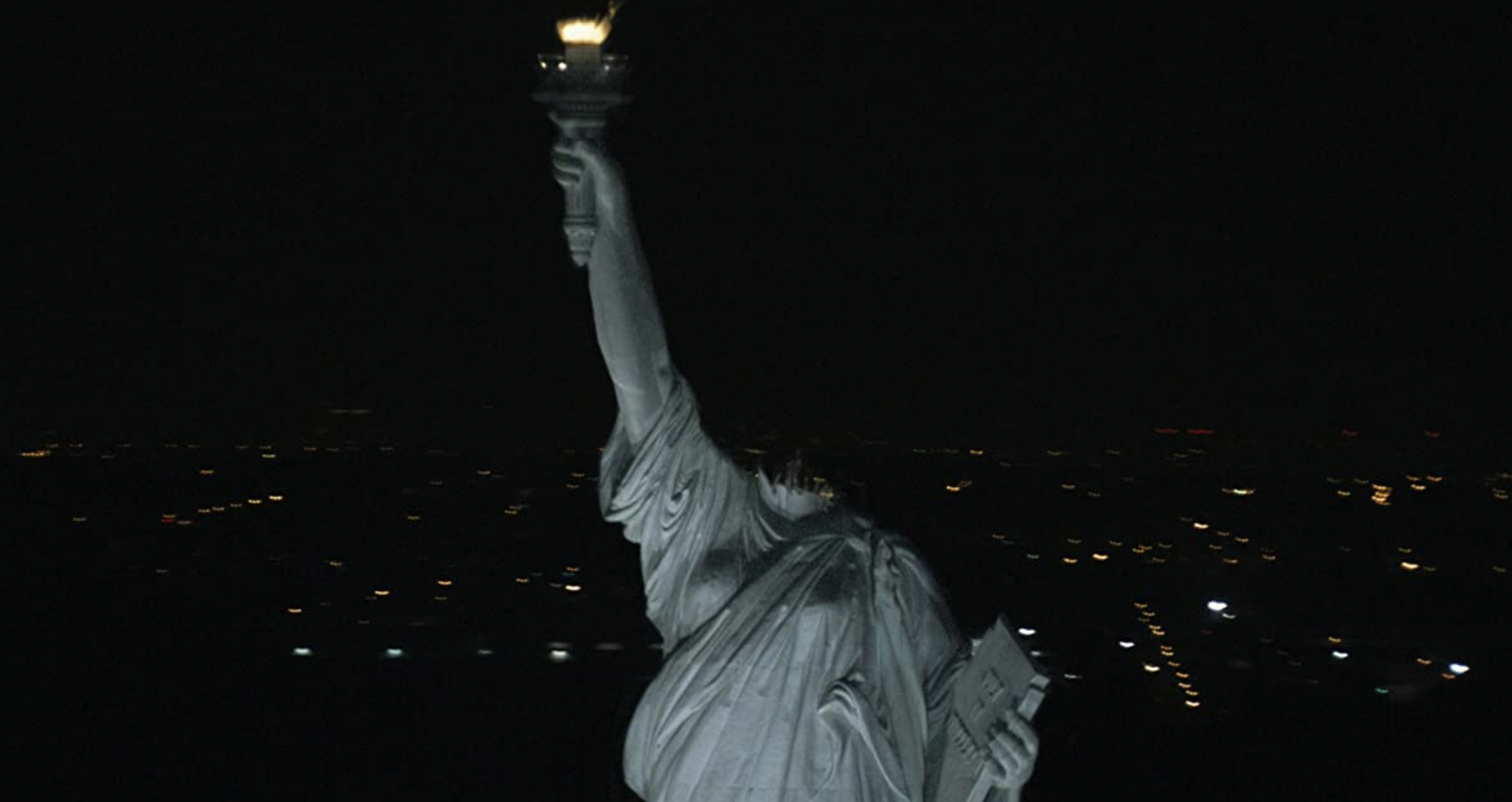 Cloverfield, which arrived in theaters in January of 2008 — 15 years ago this week — was the start of a franchise that spawned two interrelated films (not quite sequels) in the ensuing years. But it also took inspiration from numerous films before it, from the Godzilla and King Kong franchises to Escape From New York. And just seven years after the 9/11 attacks, there are unmistakable echoes in the large-scale emergency in Lower Manhattan.

The film came from the Bad Robot factory, with J.J. Abrams producing, Drew Goddard writing, and Matt Reeves directing. For its first 20 minutes or so, it appears to be a navel-gazing, mumblecore-style drama about the love troubles of a group of attractive 20-something Manhattanites. I can say from experience that early scenes are a close approximation of what apartment parties among young people looked like in New York in the early 2000s.

And then, a giant monster attacks the city.

Cloverfield‘s conceit is that it’s found footage from a videotape that’s been taped over at different times. We start by viewing a romantic interlude between Rob and Beth (Michael Stahl-David and Odette Yustman) as they wake up in the morning and walk around the city. A month or so later, the tape has been taped over with the events of a going-away party for Rob, who has taken a job in Japan (with the film’s Godzilla lineage, the choice of Japan is likely not a coincidence.)

The film, told almost in real time, follows the characters through Manhattan as they try to rescue Beth from being trapped about 80 blocks North in her father’s apartment. Throughout, we hear Hud (T.J. Miller) filming behind the camera; his style of pestering people, and not giving up when they tell him they don’t want to be interviewed, has a new resonance, knowing what we do about T.J. Miller.

Even then, the film hinted at the possibility that this story was part of a larger world, especially in the film’s final scene, which hints subtly at how the monster might have arrived on earth. But the sequels that followed, 10 Cloverfield Lane and The Cloverfield Paradox, were not direct sequels but rather included thematic similarities, although both came from scripts that originally had nothing to do with the franchise.

Some New York residents at the time questioned how the characters got from the Brooklyn Bridge to 59th Street underground as quickly as they did or how the 2008 vintage camcorder lasted that long. Even by the standards of the found footage genre, it’s pretty incredible that the footage survived both a monster attack and a nuclear blast.

While the cast hasn’t quite broken through in the years since, with the exception of Lizzy Caplan and Miller — who has since done whatever the opposite is of breaking through — the behind-the-scenes crew has had much more success. Reeves went on to direct The Batman, while Goddard directed The Cabin in the Woods and Bad Times at the El Royale while writing World War Z and The Martian. Abrams remains a prolific director and producer who directed one decent Star Wars movie and one not-so-decent one.

Cloverfield remains one of the better entrees in the early-aughts found-footage boom.

M3GAN and Programming Horror in January