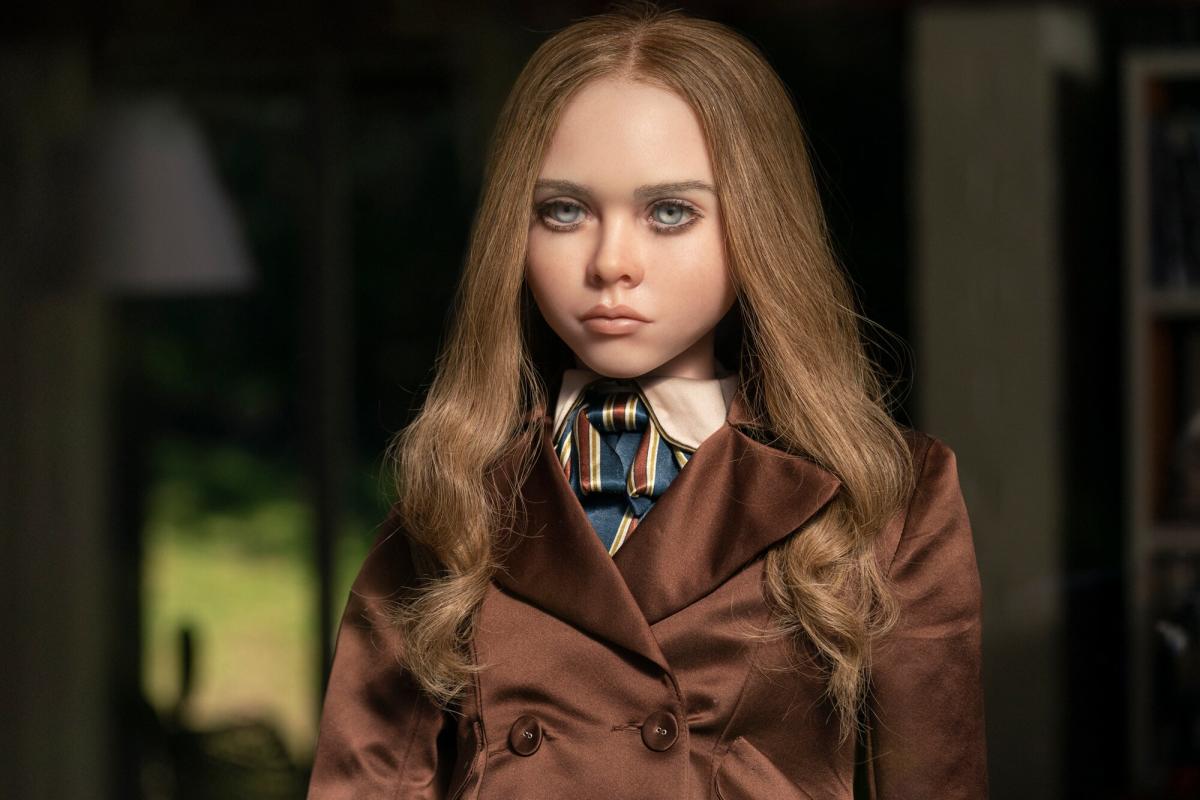 It’s easy to associate horror films with the month of October. As summer slinks into obscurity and the chill in the air picks up, film aficionados and horror hounds relish in their favourite fright fests, leading up to the much-beloved date of October 31st. Film studios are keenly aware of this and respond accordingly by releasing several thrillers and horror flicks starting in the dying days of September and generally into the first few weeks of the primary month concerned. Another window should not be overlooked as an effervescent opportunity for scares. January.

Surely yes. When the mistletoe is done and dusted and the tinsel is stashed back into the decorations box, Hollywood sees fit to release a horror movie, typically in the first half of January, sometimes later. Look no further than M3GAN’s killing at the box office for the first true weekend of 2023, when it earned a cool $30.4M domestically in theatres (United States and Canada). As Per Deadline’s weekly projections, it looks as if the diabolical, robotized friend will slash its way to the tune of $59.2M by the end of Monday (our American neighbours are enjoying Martin Luther King weekend).

Two more feathers in Universal and Blumhouse’s caps are the warm receptions it’s received from critics and general audiences alike. It received Tilt Magazine’s stamp of approval, surely all one needs to accept the film’s quality (we’re kidding, of course). The truth of the matter is that Gerard Johnstone’s M3GAN is not the exception but rather the rule. Admittedly, one needs to proceed with caution when tossing terms like “rule” out and about. There is no regulation set in stone dictating that every January shall see the release of a new horror classic. Even so, this cold, boring and long month often generates shrieks at the box office. Let’s dive in.

Put simply, the timing is right. Most pictures with Academy Award aspirations are released in November and December. Granted, there is a small number for which studios provide extremely limited releases by Christmas for eligibility, generally reserved for a few New York and Los Angeles cinemas. Those films then get wider releases in January, but they do not represent most Academy hopefuls.

Moreover, the big holiday blockbusters have also had their time to shine. From early November, right up until Dec. 25, plenty of epics that dazzle are projected onto the silver screen. So, if there aren’t any more (or very few) awards darlings to release, and if Hollywood has unleashed unto the public its $200M+ mega productions, what’s left to satiate “dry January?”

Fans of the never dying genre are a passionate and, more importantly, very faithful bunch (the author knows a few personally. They love horror movies). Horror is a regular and potent presence at pop culture conventions. Just visit this website that lists and updates a calendar of Canadian and U.S. events either dedicated exclusively to the genre, or ones during which horror intellectual properties will be present. There’s money to be made and Hollywood knows it.

There’s no need to reach into the deep recesses of our collective memory for another example. It was exactly one year ago. Well, one week apart, but why split hairs? Scream (the fifth entry in that franchise) was released on Jan. 14, 2022 and, would you look at that, gobbled moviegoers’ attention enough to earn $30M in its first three days. Even the passing of Wes Craven couldn’t kill the series off. Furthermore, it was given mostly positive reviews. Not glowing, but generally favourable. It was so successful that a sixth chapter is scheduled for release in March.

When one thinks about it, there are more horror movies and thrillers than we realize that first saw the light of day in January and resonated in the public consciousness. Cloverfield is a franchise now. A somewhat clumsy one, hampered by uneven efforts, but its trio of loosely related tales about an alien invasion began on Jan. 18, 2008, with the Matt Reeves original.

The final two entries in the unexpected Unbreakable trilogy from M. Night Shyamalan were also unveiled (wide, at least) in the first month of their respective years, 2017 and 2019. The middle chapter, Split, was so well received and printed so much money ($278M globally) that its performance is the very reason Glass was made at all. The latter, while less steeped in horror tropes, didn’t do too badly itself, making $246M around the world.

The Paranormal Activity franchise gave it a go in 2014 with The Marked Ones. $90.2M doesn’t sing as beautifully as $200M, but when considering that the film required only a $5M-$9M budget, the studio probably did just fine. They say that a film needs to earn three times its budget to break even. Try ten times.

One-off hits have also claimed the January window and the box office success. Consider Mama, released in 2013 and starring Jessica Chastain. A sequel was never made, but it resonated just enough with critics (63 per cent on Rotten Tomatoes) and movie theatre earnings of $146M off an approximate budget of $15M is nothing to sneeze at.

Readers may begin to question whether this is a relatively modern phenomenon. In fairness, all aforementioned examples are from the past 15 years. A deeper dig reveals that several pictures, now iconic for their quality and audacity, were birthed with the purpose to scare during the first 31 days of the year.

Robert Rodriguez’s From Dusk Till Dawn was a January release in 1996, although it’s easy to forget these days. What better way to avoid winter’s chill than by fleeing southward to Mexico to tussle with vampires? Director Rodriguez and screenwriter Quentin Tarantino (who also co-stars!) were coming off noticeable projects, Desperado and Pulp Fiction, respectively.  The film still is talked about to this day and spawned several sequels along with a television series.

One of the creepiest, most controversial films of the 1990s in fact opened the decade. On Jan. 5th, 1990, John Mcnaughton’s haunting Henry: Portrait of a Serial Killer was released theatrically after premiering in September of 1986 at the Chicago International Film Festival. Featuring Michael Rooker in his starring debut as the eponymous murderer who does his deeds with seeming impunity, its title still elicits a frisson when uttered. Certainly not a box office success, but a cult favourite among horror devotees.

On the opposite end of the spectrum is Tales from the Crypt: Demon Knight, which was unleashed on Jan. 13, 1995. This film’s inclusion is more of a cheat given that it wasn’t especially well received and generated box office earnings barely twice the size of its budget (generally not enough to deem it a success), but fans of the Crypt franchise have kept its notoriety alive, so much so that the ever-impressive boutique blu-ray label Scream Factory produced a special edition disc in 2015.

It would be dishonest to pretend that no counterexamples exist, that all horror ventures dated between Jan. 1 and 31 represent the apex of the genre and earn enviable profit. For every success, there is a laughable failure. And when Hollywood produces and releases as many films as it does, there are, truth be told, far more projects that fall flat on their faces.

Yet January, that inconspicuous month when the major holidays are in the rear-view mirror and it feels as if nothing new comes out in theatres, is in fact a favourite among horror disciples. Judging by the examples cited above, they have good reason to get excited in the dead of winter. Excited and very, very afraid.

Cloverfield at 15: Found Footage and a Monster in Manhattan

Skinamarink Immerses Itself in Darkness