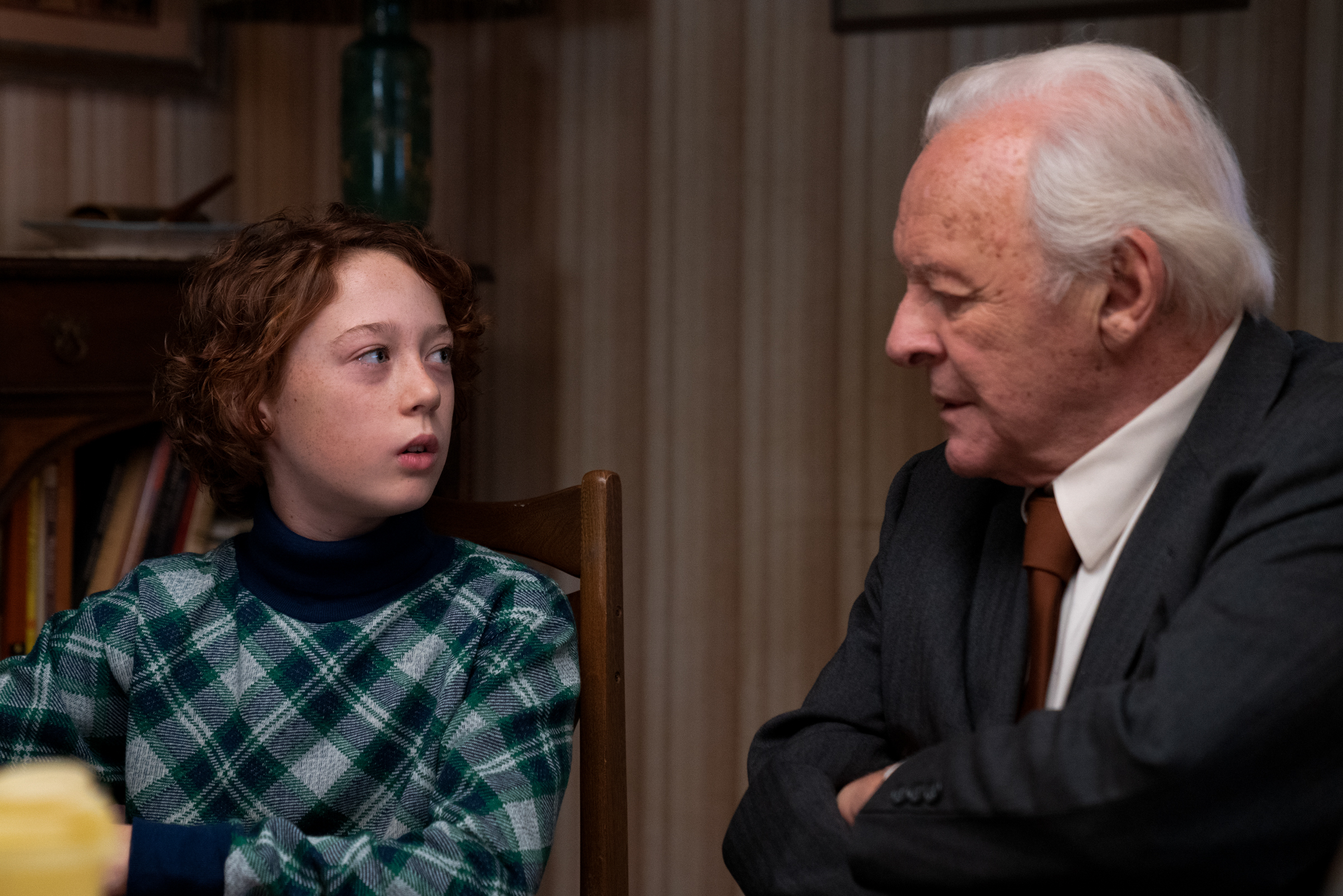 Paul Graff (Banks Repeta) is just a kid on the precipice of America’s post-Vietnam return to conservatism. He likes drawing, dumplings, and hanging out in the little clubhouse in his backyard. His life in Queens is perfectly routine and ordinary, which is kind of the point.

Writer-Director James Gray’s recent work is a lot like the Fast & Furious franchise in that it’s about family. His two most recent films, Ad Astra and The Lost City of Z, focus on the connection between a father and his son. In his most directly personal film, Armageddon Time, Gray adds his entire family as well as the streets and politics of his youth in the New York City of 1980. The engaging portrait he paints is full of both love and scrutiny, one that reminded me of my own youth growing up in New York City (albeit about a decade later). He allows you to first fall in love with his family and then shows you the cracks in every loving household and how they’re full of sympathy, morals, and cringe-worthy contradictions.

Paul is the director’s nostalgic avatar.  He’s a young man so saturated in white suburban privilege that it’s infused in every other thing he says. After a busy day at school of getting into harmless trouble with his new classmate Johnny (Jaylin Webb), he tries to impress him like any kid his age would do. He tells Johnny his family is “rich” (they’re middle-class) and that his mother (Anne Hathaway) is a highly-influential force at his school (she’s the PTA president). Paul’s artistic spirit combined with his naive entitlement constantly makes him the object of ire for his teacher. He finds camaraderie with Johnny in that sense but the important difference is that Johnny is a young Black kid in a predominantly white school. His trouble stems from institutional neglect and prejudice.

Their budding friendship results in fun, antics, and a bond that is forged in the purity of youth’s more straightforward social world. Paul’s growing list of disciplinary infractions worries his parents more and more. His father Irving (Jeremy Strong) is a bespectacled handyman whose temper can turn on a dime. His mother Esther is the traditional housekeeper and empathetic heart of the family. Though Paul is constantly getting into scrapes with his older brother Ted (Ryan Sell), his closest connection is with his maternal grandfather (Anthony Hopkins).

His grandfather is the source of sweets, treats, and integrity for the young man. Given their strong relationship, he is also the one that instills the intrigue American kids have of their family’s immigrant story. In this case, Paul is made aware of the plight of his Jewish ancestors and their move to America.

It’s easy to draw a direct line from Armageddon Time to Francois Truffaut’s The 400 Blows. Truffaut’s film was an early example of the French New Wave movement; it more genuinely depicted life as it was. It wasn’t the tale of aspirational fantasy audiences were used to seeing on the screen but it resonated because it felt true to their own world and lives.

Like The 400 Blows, this is not an aspirational story. It shows the labyrinth of hate and prejudice from which complex systems of privilege are created. It’s confusing and troubling to grasp those rules and even more so to engage with them, especially for a young man in his formative years. Either way, Gray suggests this complex system of prejudice is morally and intellectually corrupting our country and our children.

In a press conference at the New York Film Festival, Gray said he doesn’t think of Armageddon Time as a coming-of-age story. Paul is merely the lens through which he offers a glimpse into this fulcrum point for the country. America was settling into a conservative era of acquiescence and compliance. This was the direction the adults of his youth decided was needed.

He offers his own experience as a Jewish-American to show that the oppressed can be oppressors. “You gotta be thankful when you’re given a leg up,” Irving says to his son Paul. “Some people just get a raw deal.” A tragic reflection of the resignation and subjugation held by later generations of immigrants to America.

So while it may not be a “coming-of-age story” for himself, it’s certainly one for the country. Gray mirrors this in the decisions Paul’s family makes for him that will shape and impact his future. Despite the family’s expressed distaste for the election of Ronald Reagan, Paul is moved from his established life in public school to a discriminating, crest-on-uniform private school. It will be a “new path” for Paul as his family puts it; in the same way voters who put Reagan into office decided that was the best direction for the nation.

Reagan’s election (and re-election), was the nail-in-the-coffin for the idealism of antiwar progressivism. He eschewed the humanitarian ideals engendered by the antiwar movement for a more economically-focused agenda. This about-face in sensibilities is inherent in Irving’s dismissal of Paul’s idealistic desire to be an artist in favor of a more practical trade. It’s a cold slap in the face of Paul’s almost Doug Funny-like daydreams of grandeur.

The 1980s was the era of opulence and capitalism that gave rise to the Trump family. Paul’s move to private school is greeted by a speech from Maryanne Trump (Jessica Chastain). After all, it’s the dawn of the era of welfare demonization and WASPs who freely throw around the N-word; an experience that leaves Paul rattled.

Once again, it’s Paul’s grandfather that stresses to him the immorality of the world. Hopkins dependently delivers another nuanced elder performance for a story that hinges on the gravitas of his character. Hathaway and Strong, both craft-concerned actors, offer different but effective performances. Hathaway’s mother is subdued and effective, as her character demands while Strong offers an interpretation of ‘Queens dad’ whose voice seems modeled off Ray Romano, whose Everyone Loves Raymond character was also a ‘Queens dad’. Either way, Strong brought caricatured humor and “scary dad” when it was necessary for an overall enjoyable performance. Repeta and Webb both do exemplary work leading the story and creating a real sense of connection.

Gray offers a slice of his own life as a microcosm for the United States at the beginning of a pivotal time. He doesn’t portray himself as an above-it-all protagonist. He’s a little shit that benefits from a culture with a hierarchy of races and denominations it hates. The only salvation Gray offers to the on-screen incarnation of his younger self is that, though he benefits from his privileged status, he rejects the future it could lead to. “This tie feels like it’s choking me,” Paul says of his private school uniform. Gray’s idealistic plea is voiced in the sage wisdom of Paul’s grandfather. “It’s hard to keep fighting, isn’t it?”

The Devil’s Advocate – A Grim, Cynical Morality Tale, and a Silly Supernatural Potboiler