The Devil’s Advocate is part character exploration, part supernatural thriller, and part morality play, with a premise that is a cross between Rosemary’s Baby and The Firm. A young hotshot lawyer Kevin Lomax (Keanu Reeves), trades in his simple small town life to work for a high-powered international law firm in New York City. What at first seems like a golden opportunity, quickly spirals into a world of hell, as Kevin discovers his boss is not only evil but is, in fact, the devil. The Devils Advocate is a grim, cynical morality tale, and a silly supernatural potboiler all at once. But Advocate is undeniably entertaining, even with its rather long 145-minute running time. And the journey is well worth taking, culminating with a bang once Pacino gets to flaunt his devilish monologue during the film’s famous climax.

Screenwriters Jonathan Lemkin and Tony Gilroy have devised a screenplay packed with tense seductions and philosophical ramblings. Gilroy (who was brought in by director Hackford, whom he had previously worked with on Dolores Claiborne), expands upon Lemkin’s original adaptation of Andrew Niederman’s novel. The script transcends any one specific genre, crisscrossing back and forth from melodrama, horror, to satire and back again. But unlike most movies dealing with Satan, The Devil’s Advocate does not delegate itself into celestial incoherence. Instead, the picture suggests that the real battle between good and evil is an internal one and involves free will – a message hammered home by Pacino’s big, juicy monologue in the end. Tongue planted firmly in cheek, Hackford and company make their anti-materialist points without ever taking things too seriously. The amazing visuals sneak up on the viewers, as a carnival of demons in human and immortal form take the stage throughout. The film also makes good use of Rick Baker’s special effects and artistic use of computer graphics. Strange hallucinations, an abundance of sexual depravity, naked demonic children and a famous painting come to life, are just a few of the high-points. The weaving between fantasies and reality is expertly cut by editor Mark Warner, and at times the film emulates the more august, sustained suspense of Roman Polanski’s Apartment Trilogy. 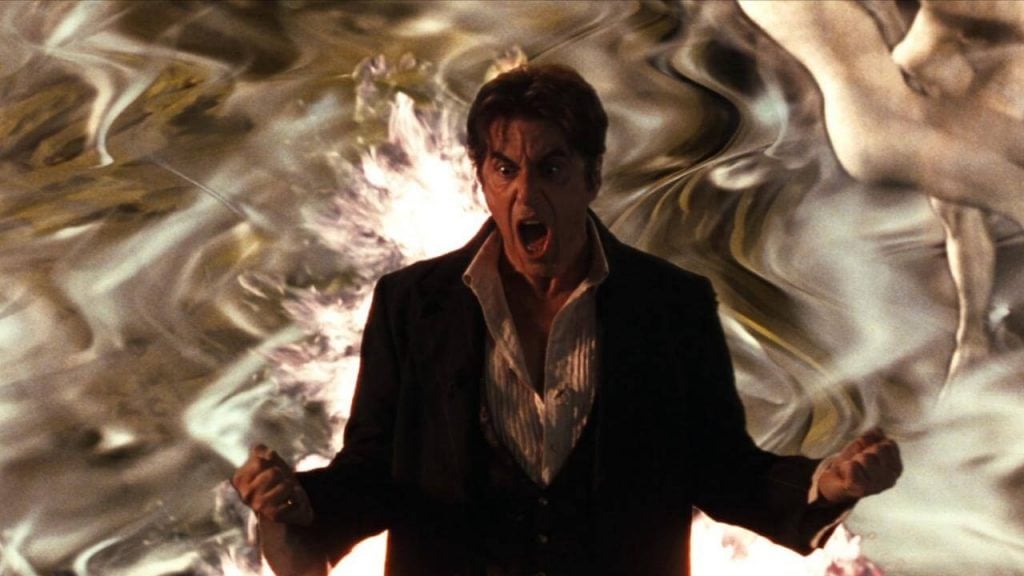 Pacino is free to let loose here, firing on all cylinders amidst a river of gore and horrifying shenanigans. Pacino accomplishes the task with his usual panache. Not since Scarface has the actor so clearly thrown himself into a role. He’s nothing short of exciting. This is the type of over-the-top performance that Pacino plays best. But between the two leads, it is lanky, puppy-eyed Reeves who has the toughest role. Saddled with an unwieldy Southern accent, Reeves isn’t afforded the opportunity to chew up the scenery, but his role calls for a far more diverse range of emotions. Reeves is actually believable in his part making his Kevin the most multi-layered of the entire cast. Reeves also works especially well against Charlize Theron, making her first feature film appearance as the wife, who is frustrated with her incapability to bear children. She is the movie’s secret sauce – surrounded by supernatural buffoonery, she somehow brings equal parts sex appeal and pathos to a surprisingly well-developed role, allowing Mary Ann’s mental breakdown to elicit real poignancy. Supporting players include Judith Ivey as Kevin’s Bible-thumping mother, Jeffrey Jones as the law firm’s managing partner, Craig T. Nelson as the accused, and Connie Nielson as… well, as nothing much more than eye candy. Although huge parts of The Devil’s Advocate are overblown and over the top, it never crosses into the dangerous realm of self-parody. The movie’s operatic ending is either its greatest weakness or greatest strength, depending on the viewer. Devil’s Advocate is not a subtle beast, but that’s OK. 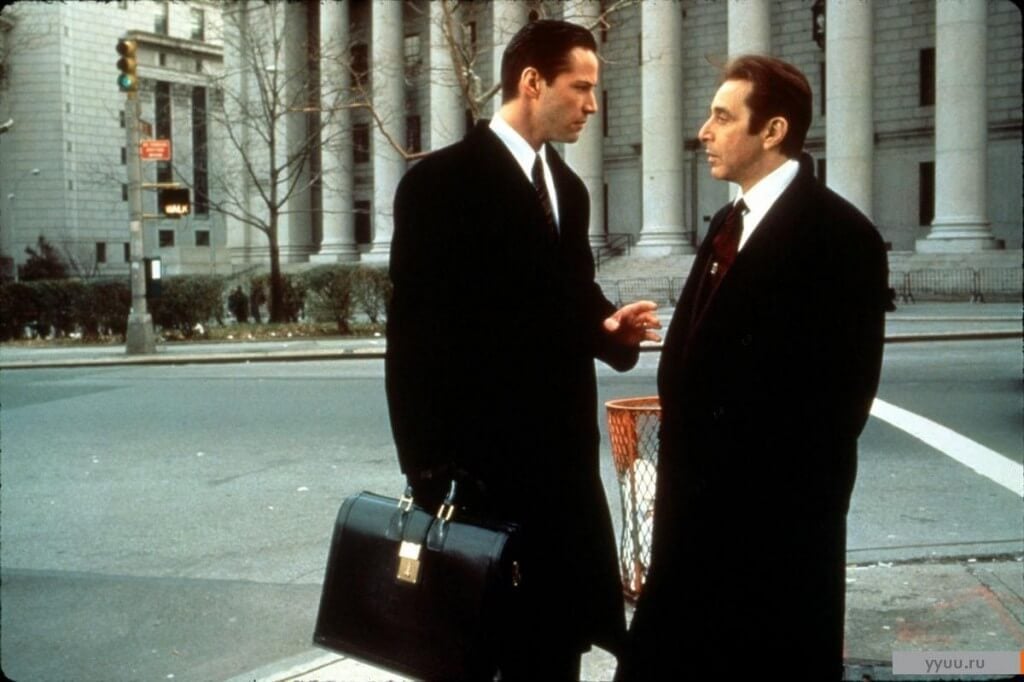 ‘The BFG’ Is a Rare Misstep from Steven Spielberg