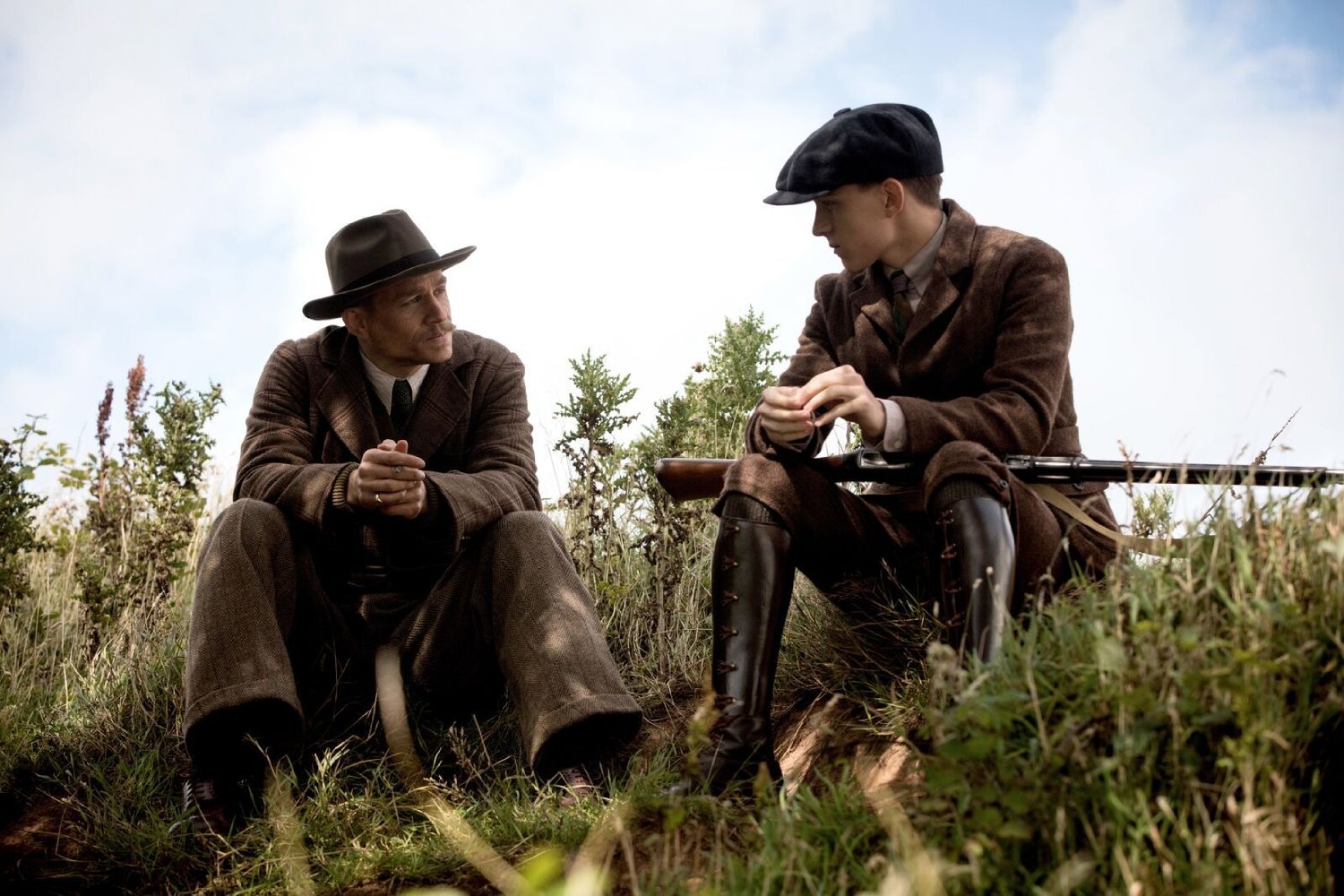 The Lost City of Z Review

Personal obsession is often masked as a quest for universal truth, a means of persuading others that the answers that one person seeks should be important to all. Usually, they’re not, of course, but it’s easy for observers to get swept up in the current of passion; the facade of physical journeys, of hardship and deeds of derring-do, is alluring to an audience craving epic adventure, even if the stakes are ultimately more distant in nature. With the right sort of insight, tales of such exceptional persons can be endlessly fascinating, a deep probing of one person’s consumed mind that offers us a glimpse into the darker places of our own. Unfortunately, The Lost City of Z takes a very reserved approach to this idea, never putting its subject under the microscope for too long, content to let its audience contemplate the haunting primeval wonders without more than the similarly tangled ones within. The result is an experience with enough atmosphere to maintain interest, but that also quickly evaporates into its own dense forest.

The story is as old as the remains of ancient civilizations its protagonist sets out to discover – one of pride, prejudice, and an otherworldly calling to greatness that may or not be the taunting whispers of fate. As a young British military officer in 1905, Percy Fawcett (a stalwart Charlie Hunnam) yearns for advancement, for the kind of recognition that will help him overcome an unfortunate surname passed on by a father whose reputation for irresponsible gambling still casts a long shadow. When presented with an offer by the Royal Geographical Society to conduct a survey that would help settle a border dispute between Bolivia and Brazil, Fawcett jumps at the chance to distinguish himself on a grand mission, relishing the challenges that the harsh environment will bring. As he trudges through the jungle and floats down the river, navigating lethal dangers from both man and beast, he comes to believe that the remains of an ancient civilization may be lurking nearby, waiting to be discovered beneath the thick mass of unruly wilderness. This notion quickly becomes a fixation – one that will determine the course of Fawcett’s destiny.

The ghost of David Lean wafts its way through much of the picture, shades of Bridge Over the River Kwai and Lawrence of Arabia hovering over themes of legacy and self-righteousness. Those films also dealt with egoists of a sort, exploring both the events that could inspire men to extend their reach further than their grasp and how subsequent success can inspire self-absorbed arrogance. The Lost City of Z starts down that familiar but twisting path, presenting Fawcett as a man who yearns to stake a claim in history, to earn the respect of his peers by proving his worth. Like a hunter chasing a stag, a single-minded intent on his quarry from the moment the horns are sounded, he doggedly pursues his archaeological prey, blinders in place that block out the distraction of family life, more concerned with the glorious fame and fortune that his desired accomplishment would surely bring than the consequences for achieving it.

Writer-director James Gray veers off the path of character development, however, becoming enamored with the mysterious surroundings more than the man in search of the supposed answers contained within them. Little time is actually spent getting to know Fawcett, and why his motivations are so strong that he would be willing to risk his life and leave his wife and kids for years at a time simply to be right about an archaeological theory remains vague. Rarely can a 140-minute film benefit from a longer running time, but because The Lost City of Z jumps through its plot with the pace of a traveler eager to arrive at his destination, the power of the events taking place never sinks in, never has a chance to impact. Fawcett goes from ambitious to obsessed without a moment to breathe and ponder why, and the film follows suit, concentrating on the obstacles that would prevent its protagonist from reaching his goal instead of what drives him to overcome them.

Despite the ambiguous nature of the script, however, the cinematic qualities of the film still captivate. Rather than the panoramic vistas of its epic kin, whose scale was meant to convey the contrasting importance of the characters outside their own minds, director James Gray keeps his focus narrower, instead, conjuring haunting imagery with dark green jungles and gray skies that elicit something more foreboding than lush and inviting. Fawcett’s excursions aren’t so much Indiana Jones-like odysseys as trips down the rabbit hole, delving into the abyss of the unknown. The unease this creates permeates each intoxicating frame, also serving as highly suggestive for Fawcett’s increasingly murky state of mind as his youthful infatuation gives way to aged obstinance. The pulsing score and beautifully framed compositions carry The Lost City of Z a long ways in its journey, shouldering the burden placed on it quite admirably.

Still, without a clear perspective to take, the rich atmosphere dissipates with the morning sun. Some half-baked notions about elitism ring hollow, especially when it concerns the native population, who are treated by the script essentially the same way they are by the Western empires. They are reduced to props, with their arrow storms and shrunken heads given little human context, instead merely contributing to the ambiance. There is an opportunity to explore the isolated feeling of being a stranger in a strange land as well, surrounded by an alien culture and an environment hostile to those unfamiliar with its ways, but this too is ignored, as even the ordeal of navigating the many dangers comes off like a breeze. This ease applies to all the conflicts presented, be they relationships or otherwise. Little feels earned in The Lost City of Z, and so satisfaction is diminished.

Nevertheless, old-fashioned filmmaking elicits a certain pleasure, even if it is short-lived. The lack of character development and uneven story is smoothed out by a floating camera, gracefully weaving its way through the tall grass and thick brush, drifting down the river to destinations to places uncharted. The Lost City of Z never quite finds its destination, but the scenery along the way makes the journey a hazily pleasant one.

Watch The Lost City of Z

Days of High Adventure: ‘Dragonslayer’ Dazzles Despite Some Pacing Issues