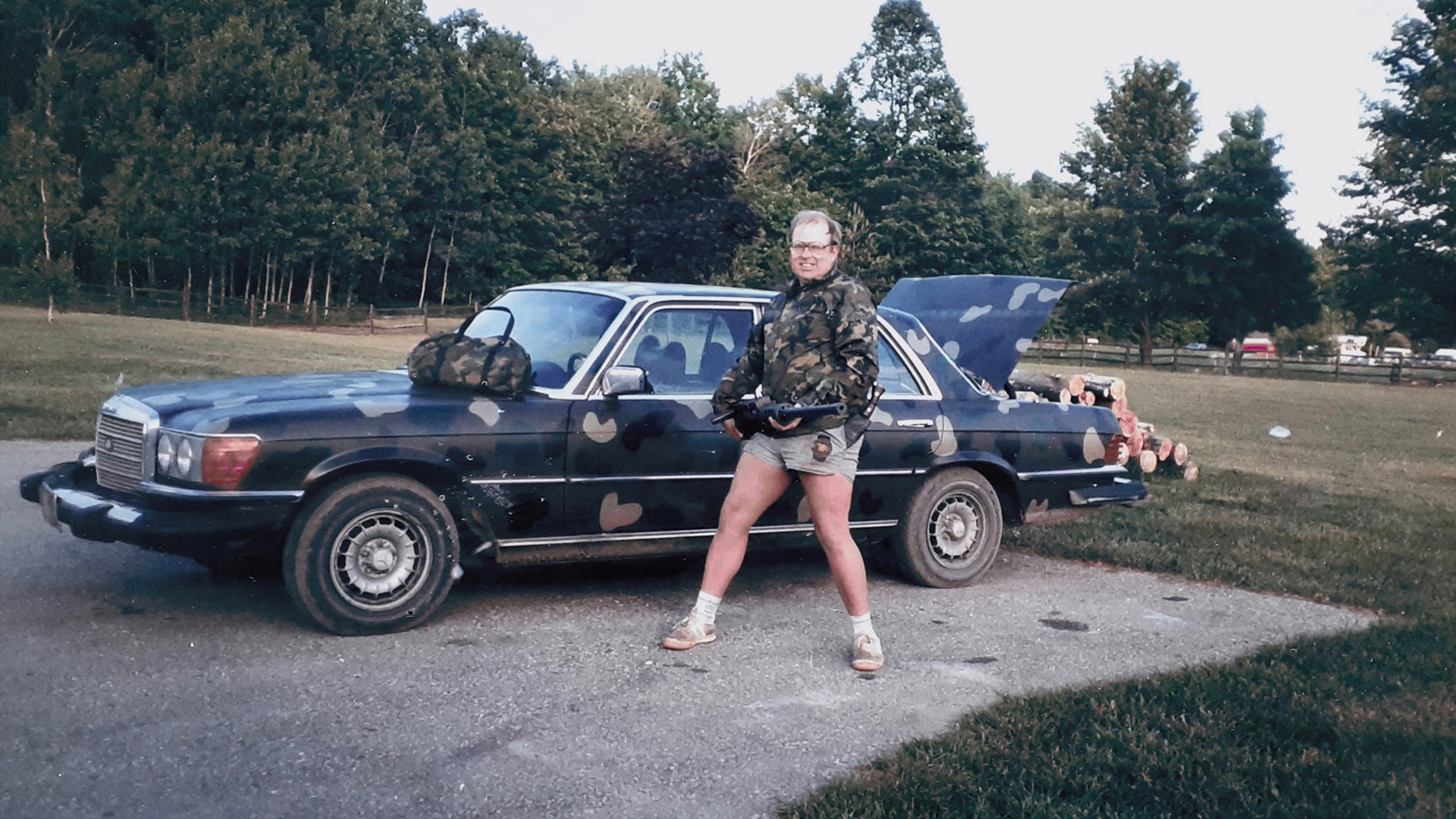 Fans of Jackass likely remember the time Johnny Knoxville shot himself in the chest while wearing a bulletproof vest. And while Johnny was also tasered as part of the same stunt, at least he only took a bullet one time. Richard Davis has done it nearly 200 times.

Davis is the subject of 2nd Chance, a new documentary directed by Ramin Bahrani (Man Push Cart, as well as the recent Netflix movie White Tiger. This is his first feature documentary;  Joshua Oppenheimer, director of the great documentaries The Act of Killing and The Look of Silence, is an executive producer.)

Richard Davis is the developer of the first major bulletproof vest that was sold to law enforcement and military, and also the founder of the company that made them, also called Second Chance. He’s also a uniquely American character with a wild life story which, as told here, doesn’t always make him look so great, even if he weren’t adjacent to America’s weapons industry.

Davis’ origin story is that he owned a pair of pizzerias in Detroit, where he was threatened more than once with gun violence. After the pizzerias burned down, it lead him to pivot his career towards making body armor.

And in order to first get attention for what the Kevlar-based product could do, Davis boasts, he has been shot 192 times while wearing the vests, often doing the shooting himself. He also has low positioned himself as a friend of law enforcement, even prior to the rise of Blue Lives Matter; at one point, he made a practice of giving a free gun to anyone whose life was saved by one of the company’s vests.

While featuring plentiful interviews with Davis, the film also does quite a bit of chipping away at his company’s central mythologies. That pizzeria fire story, it turns out, is a bit dicey and may not have happened the way he says. As for the product itself, it didn’t work as well as he claimed either, with Davis having been caught on tape admitting that he knew it. This led to a huge fine and public disgrace a few years ago. And that’s to say nothing of Davis’ colorful marital history.

The name 2nd Chance has several meanings. It’s, of course, the name is Davis’ company, which references the vest offering a second chance for the bullet to not hit you. It also applies to Davis’ career comeback, following the previous disgrace. Similarly, the film goes off in lots of wild different directions, often to its own detriment.

You may not like Richard Davis, and it’s clear that the documentarians are, at the very least, somewhat ambivalent towards their subject. But you can’t deny that he’s a very American sort of phenomenon, this combination of ambitious entrepreneur, larger-than-life character, and flim-flam man. The documentary expertly explores both sides of this complicated man.

Brainwashed: Sex-Camera-Power Explores the History of the Male Gaze in Cinema