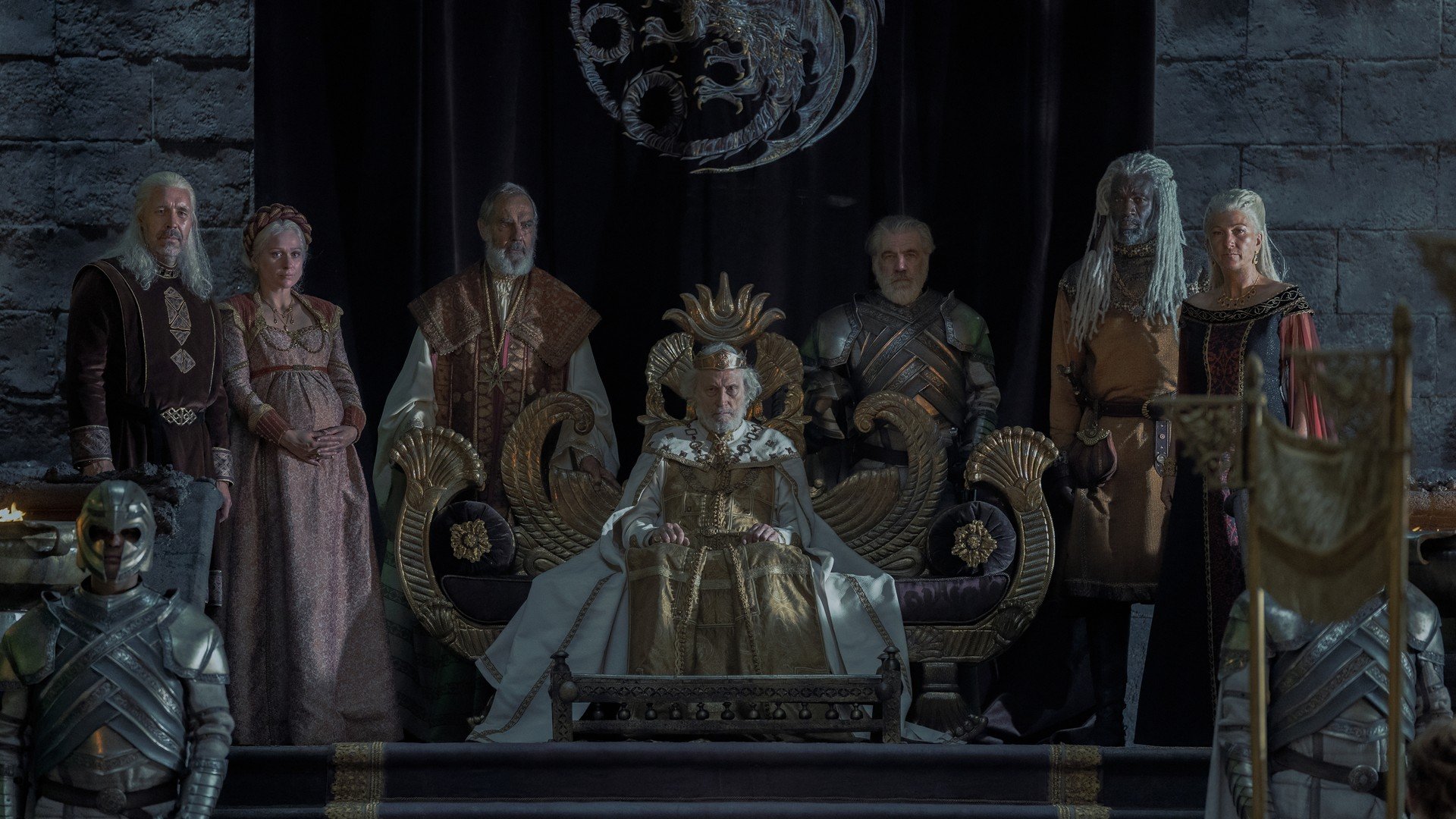 The Targaryen Family Tree in House of the Dragon

There are a lot of family dynamics to follow in House of the Dragon with all the kings, queens, princes, and princesses and that’s before getting into illegitimate kids. It’s hard to tell who all the players are even with a scorecard, so to help out here is a rundown of who’s who and who’s related to who on the HBO Max hit.

But in Westeros in this era, any question pitting a woman’s right to rule against a man’s was really no question at all. The king named Viserys his successor with the majority of powerful lords pledging their support for the move. 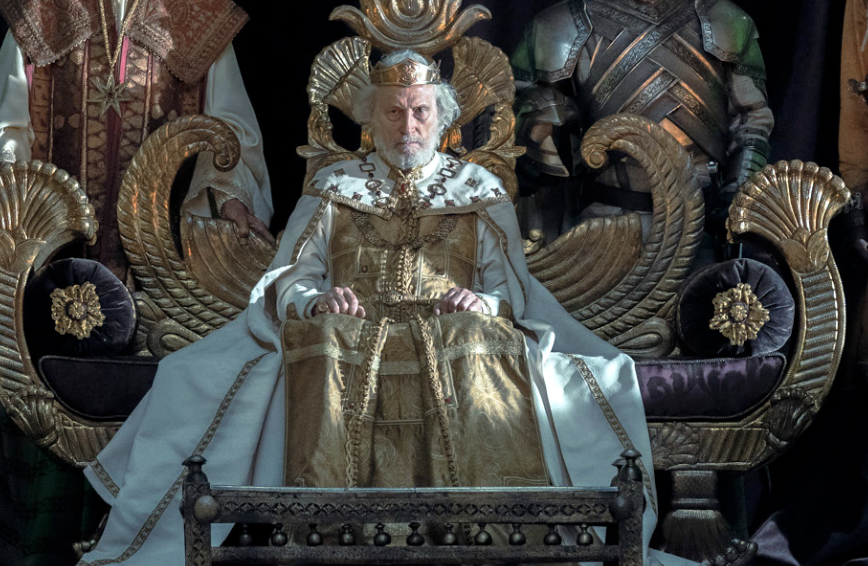 Viserys inherited a wealthy kingdom and the Targaryen dynasty at the height of its power, defended by dragons that granted military supremacy. A disease he received from multiple cuts sustained while sitting on the Iron Throne ravaged his body, eventually costing him an arm. The problem of succession troubled his reign as well. Queen Aemma suffered multiple miscarriages and then died while giving birth to her son Baelon, who died shortly after. This left them with only one surviving child, Princess Rhaenyra. In a controversial move, Viserys named Rhaenyra his heir. The lords of the most powerful houses agreed, perhaps largely because of the other option. Prince Daemon is Viserys’ younger brother, a gifted warrior and dragonrider. Although loyal to his brother, he was headstrong and impulsive. Viserys opted not to send troops to deal with The Crabfeeder, a man murdering people in the Stepstones, so Daemon and Lord Corlys Velaryon took the matter into their own hands. The Crabfeeder and his army hid in a network of caves that made the Targaryen’s dragons largely useless in battle. Viserys sent word that his troops were on the way. Rather than let his brother take credit for the victory, Daemon used himself as bait to lure out the Crabfeeder’s army. This allowed the dragons to intervene while Daemon hunted down and killed the villain.

After residents of the Stepstones gave him a crown to celebrate the victory, he returned to King’s Landing in a tense moment. Declaring Westeros had only one true king, he again pledged his loyalty to the crown. The brothers reconciled briefly, but Daemon again gave in to some of his worst impulses. He revealed a secret passageway in the palace that allowed Rhaenyra to sneak out. Later, Daemon nearly seduced her in a brothel. Daemon allowed Viserys to believe it had happened, hoping he would give his blessing for Daemon to marry her. Instead, he exiled Daemon. The princess spent her formative years as the only living child of Viserys and Aemma. She bristled at the royal traditions, wishing she could forge her own path. The already difficult relationship between her and her father worsened when her mother died during a C-section. Viserys was desperately seeking a male heir to end any questions of succession.

Viserys eventually shared the Song of Ice and Fire prophecy with his daughter, naming her his heir. Many of Westeros’ most powerful men agreed, if only because of their discomfort with Daemon as a potential heir. Rhaenyra began taking the responsibility somewhat more seriously but still had no desire to marry for political purposes. She was infatuated with her uncle Daemon, who shared her feelings but opted not to sleep with her when they had the opportunity to act on their desires. She then seduced Ser Criston Cole of the Kingsguard.

Viserys knew his daughter was no longer a virgin but thought Daemon was the one who slept with her in an attempt to take the throne. He used the indiscretion as leverage to force Rhaenyra to marry Leanor Velaryon, the political marriage he had sought for her all along. Things wouldn’t be that simple, as Leanor was gay. Rhaenyra took up with Ser Harwin Strong, and he was widely suspected to be the father of her three children. 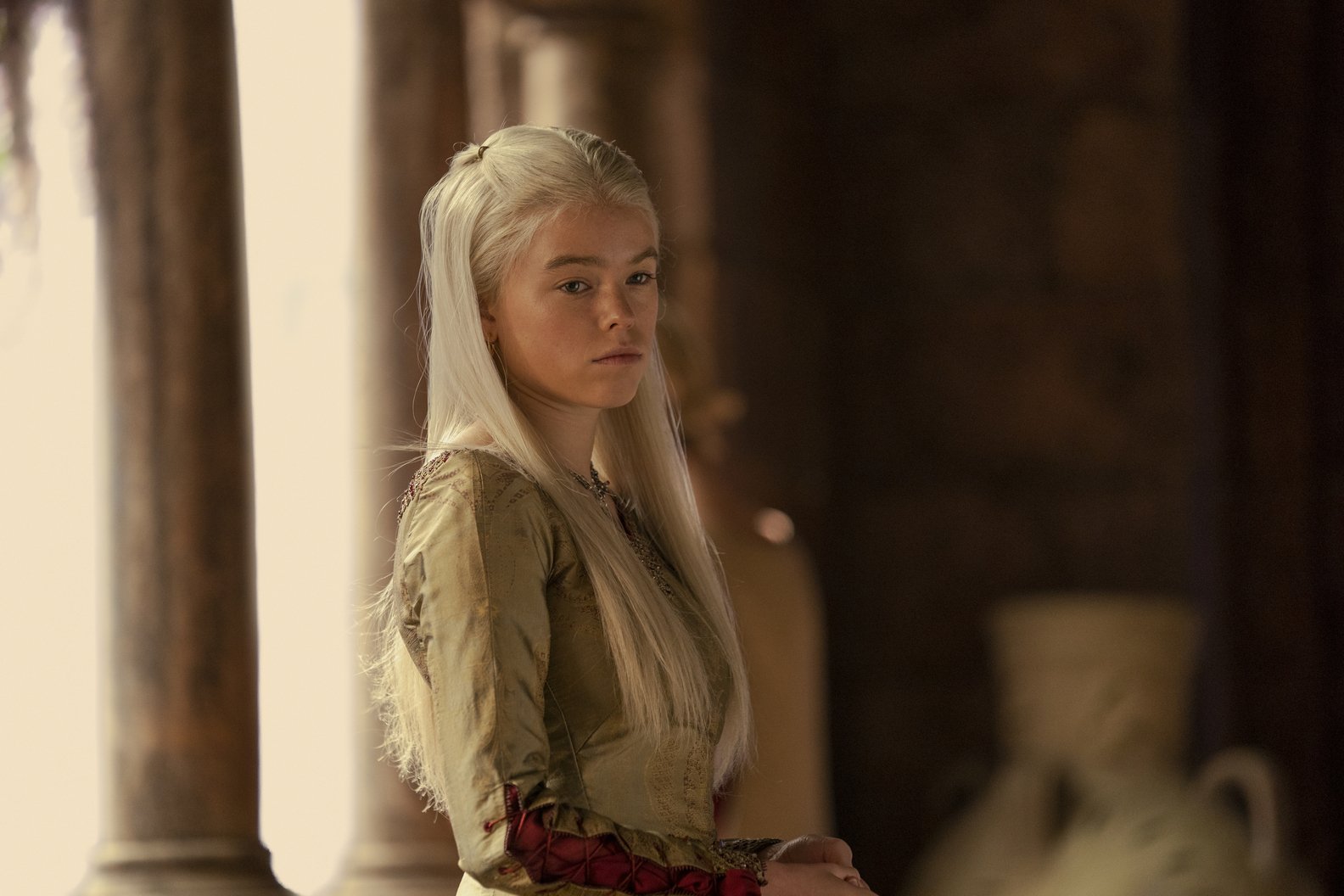 Otto Hightower served both Viserys and his father Jaehaerys as the Hand of the King. When Queen Aemma died without producing a male heir, Hightower saw a chance to improve his family’s fortunes. He sent his young daughter Alicent to comfort the king, inevitably seducing him into marriage. Once Viserys realized that Otto was acting primarily in his family’s own best interest, the king relieved Otto of his duties. Dejected, Hightower returned home but continued to gather support for his family and the inevitable war that was coming. Alicent had three children, including two sons, dividing the already tenuous support Rhaenyra had as heir to the throne. Alicent and Rhaenyra were best friends until the responsibilities thrust on them by their families tore them apart. Alicent’s father, Otto Hightower, manipulated her into a marriage to King Viserys, who she had two sons with. Viserys had named Rhaenyra his heir, but most in Westeros were not ready to accept a woman on the Iron Throne. Alicent feared her former friend might have to kill her and her children to retain the throne. She was also jealous that while she was trapped in a loveless marriage to Viserys, Rhaenyra was able to spend time with the men of her choosing. Princess Rhaenys was the daughter of Aemon Targaryen, thus giving her a strong claim to the throne. But the realm never seriously considered her because she was a woman, opting for Viserys to become heir. Many called her “The Queen That Never Was.” Rhaenys wasn’t finished playing games of power, however. Marriage to Lord Corlys Velaryon, one of the wealthiest and most respected men in Westeros kept her close to the throne. Lord Corlys Velaryon, also known as “The Sea Snake,” was Westeros’ most decorated explorer, expanding the map with dangerous but profitable voyages. He served as a naval expert on the Small Council, becoming increasingly frustrated with King Viserys’ inaction regarding The Crabfeeder. He and Daemon Targaryen took the matter into their own hands, but nearly lost the conflict they started. His family’s wealth and military power ensured he didn’t stay out of favor long. To create an alliance between the Velaryon naval might and the Targaryen dragon-led aerial superiority, Viserys proposed a marriage between his daughter Rhaenyra and Leanor Velaryon. Leanor Velaryon, son of Lord Corlys Velaryon and Princess Rhaenys Targaryen, married his cousin Rhaenyra Targaryen at his family’s urging to shore up political power. Both his parents knew he was gay, although his father believed he would grow out of it. Rhaenyra was pleased to learn this as she was lukewarm on the idea of political marriage to begin with. She suggested a marriage for appearances only while both were free to pursue whoever they truly wanted to be with. This caused problems in court as Rhaenyra’s children didn’t resemble Targaryens at all, leading to all sorts of rumors about their true parentage. House of the Dragon: “Driftmark” Provides a Spark of Hope for a Struggling Series