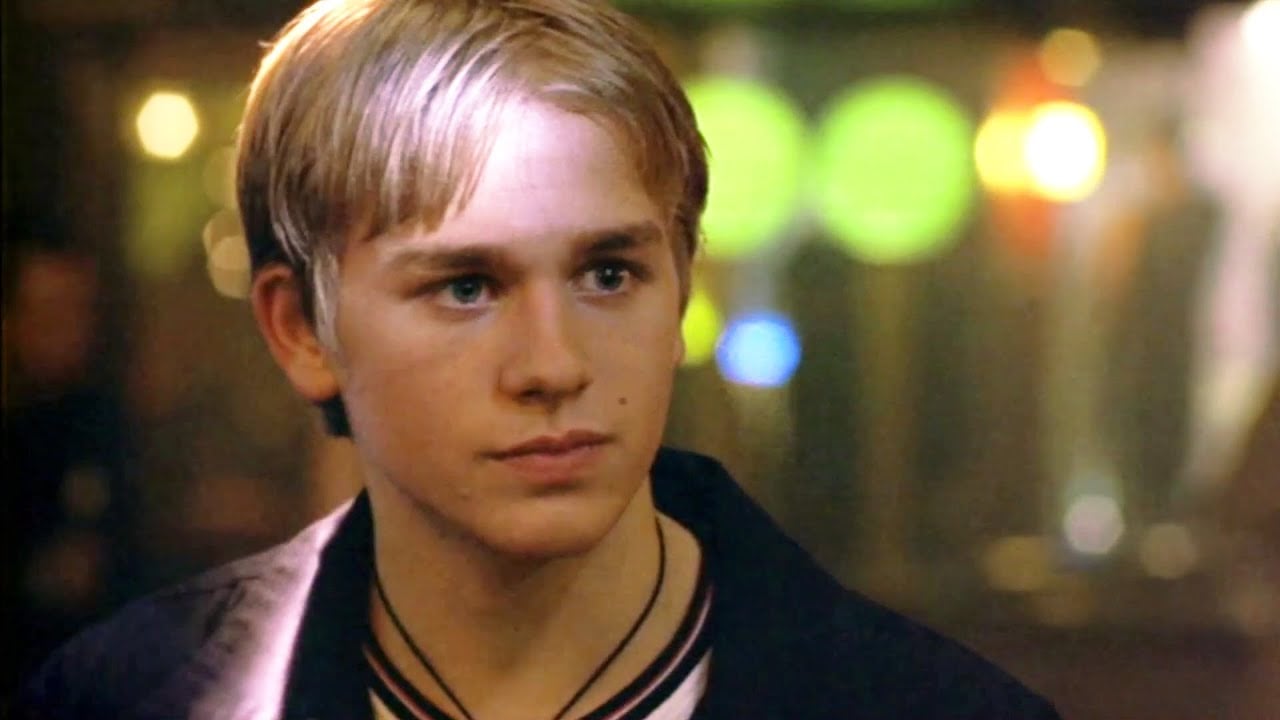 Queer As Folk— ahead of its time and painfully realistic…

In 1972, That Certain Summer, a made-for-TV movie airs as the ABC Movie of the Week. It is the first TV movie to deal with the subject of homosexuality cordially. In 1975, ABC debuts Hot l Baltimore, a short-lived Norman Lear series, which features the first gay couple on TV. In 1991, the first kiss between a same-sex couple airs on network TV during an episode of L.A. Law. In 1989 an episode of the US drama thirtysomething featured the first gay male couple to be shown in bed together. The brief clip is considered a TV landmark, and of course, proved extremely controversial at the time.

Ten years later, Russell T. Davies (who would go on to helm the BBC revival of Doctor Who, as well as create the spinoff Torchwood), created a truly bold new show that took the world by storm. When the original UK series of Queer as Folk hit the airwaves in 1999 it caused outrage over scenes depicting homosexual sex, extensive drug use, artificial insemination, and lots and lots of sex? Set in Manchester’s lively gay scene, the British television series chronicles the lives of three gay men living in and around Canal Street. The show is sexually graphic and unapologetically gay, and in its first episode, a 15-year-old boy loses his virginity to a 29-year-old man. It is often described as queer television with a capital Q – so gay, it was actually titled Queer As Fuck during production. It goes without saying, the series pushed the envelope of what could be shown on television: The show’s slogan read “No Victims. No Martyrs. No Role Models.”

When the show premiered a tabloid storm followed, which started with a one-page criticism in the Daily Mail, and eventually made its way to thousands of newspapers, online publications, and blogs condemning the show. After three weeks, sponsors began to withdraw, a public meeting on Canal Street saw members of the LGBTQ community protest, and Stonewall denounced the show. GAY rights campaigners condemned Channel 4’s Queer as Folk for portraying gay men as only wanting sex and popping drugs. Angela Mason, director of Stonewall, went on to say: “It didn’t challenge any stereotypes. All the gay men wanted to have non-stop sex and all the lesbians wanted babies.”

Yet looking back, they were all so incredibly wrong. Rather than beg for tolerance, the series simply presented a story of three individuals – without ever speaking on behalf of the entire LGBTQ community. Queer As Folk wasn’t concerned with issues, nor was it pandering to any special interest groups. After decades of gay stereotypes, homophobia in the media, and gay men and women apologizing for being gay, QAF was like FUCK THAT. It is obvious from the first episode that Queer As Folk isn’t pulling any punches with its subject matter. And it does so in a very entertaining and engrossing way.  It’s fun, witty, and never too serious.

The pilot perfectly sets the stage for the series as Nathan Maloney (Charlie Hunnam), a 15-year-old boy not lacking in self-confidence, meets Stuart Alan Jones (Aidan Gillen), a cocky near thirty-something-year-old, who’s made a reputation for sleeping with plenty of men. Stuart’s got it all. He’s rich, good-looking, and works at a successful worldwide marketing company. He’s incredibly selfish and arrogant but gets away with it because the people who surround him, secretly want to be like him. He’s the proverbial character you love to hate and hate to love. Eight minutes into the pilot and Stuart’s asking his underage twink what he likes to do in bed. And just like that, Queer as Folk created one of the most interesting TV antiheroes. It’s a weird and wonderful feeling watching him seduce the boy, and like it or not, you can’t look away.

Was it tasteless for the filmmakers to show a sex scene that involves a minor? Does anyone complain when a teen-aged boy loses his virginity to an older woman in the movies? Truth be told, many gay teens experience their first encounter with older guys. Society forces most gays to stay in the closet, so unlike heterosexual teenagers, gay teens aren’t always fortunate enough to have a boyfriend in high school. Even back in 1999, most gay boys would seek ways to explore the gay lifestyle by simply heading out to the gay village, where chances are, they would meet someone older. Stewart seducing Nate might be morally wrong, but it’s also incredibly realistic. But more importantly, Nathan isn’t just another shag for Stewart; Nathan forces him to think about his lifestyle, his upcoming 30th birthday, as well as the birth of his firstborn son. Nathan, despite his age, is one of the most important people who’s ever walked into Stewart’s life, and their meeting will forever change everything moving forward.

Beyond the drama, the pilot immediately makes it clear that QAF is a perfect time capsule of what life was like to be gay at the turn of the century featuring everything from online sex channels where images would take minutes to load; to the very lively club scene that has all but died down to bathhouses which have now been replaced with mobile dating apps. It wasn’t that long ago but gay marriage was illegal and a nightclub like Babylon could thrive with rooms jam-packed with Abercrombie & Fitch models seven nights a week. The series was filmed in slick widescreen, features colourful, glossy dreamlike imagery, and a lens that made it all seem like a fantasy. The soundtrack mixes club-oriented tracks with excerpts from Murray Gold’s harmonious score. Gold’s catchy main theme and Respect & Hannah Jones’ “I Am What I Am,” is chief among the collection’s highlights, along with tracks from some our favourite artists such as Blondie and Pulp.

Queer as Folk is a show you either love or hate; but those who argue that the portrayal of gay life here is far from accurate are wrong in doing so. QAF is a drama about three friends at a specific crossroad in their lives and so these circumstances, and their adventures don’t apply to everyone. They never do, no matter what show you’re watching, gay or straight. Queer as Folk was, and still is, unlike anything British TV has ever produced. Until Russell T Davies’s Channel 4 drama came along, TV portrayals of gay characters had largely been comedic stereotypes or deliberately ambiguous. Sure LGBT characters were front and center in the late ’90s in such TV programs as Ellen and Will and Grace, but the traditional norm was to never show these queer characters in long-term relationships, and certainly not in sexual situations. The pilot for QAF decided to crush that norm, and in 30 minutes, branches off into a character study of four contemporary gay men, two lesbians, and their friends and family.

Queer As Folk might have only spawned ten episodes, but its immediate impact on mainstream society was unexpected and quite unbelievable. Queer as Folk is one of the most groundbreaking and honest portrayals of gay life to ever hit the airwaves. It provided a breakout success for the openly gay screenwriter Russell T. Davies and became essential viewing for anyone with an interest in LGBTQ issues. The show helped open the closet doors for many teenage boys and girls and set the bar for future LGBTQ productions such as the American remake and the lesbian counterpart, The L Word. The pilot hits every beat right; it’s well acted, smartly written, beautifully photographed, and ends with a bang. It doesn’t take long to fall in love with the gang – a group of individuals just trying to live their lives – no different than any of us – finding love, friendship and most of all, acceptance. It’s fun, ahead of its time and painfully realistic.

The show was eventually canceled but not due to controversy or ratings. In fact, it was such a hit, that BBC commissioned a second season extending the 8 episodes run to 10. Unfortunately, Davies decided not to continue and instead directed a two-part follow-up called Queer As Folk 2 to wrap up any loose ends. When the VHS was released, it was No 1 in HMV, and a year later filmmaker Joel Schumacher (The Lost Boys, Flatliners), was determined to get an American remake on air. Thanks to him, the Showtime channel in the US took the bait, and a new Queer As Folk went on for five successful seasons.

For those curious, the American remake pilot is every bit as explicit as the original and plot-wise, it plays out almost exactly like the first two episodes of the Britcom. The main differences are purely superficial, save for Nathan’s age, who as Justin, is 17 in the US version.

According to Wikipedia, “A follow-up, spin-off series titled Misfits was initially commissioned by Channel 4 due to the show’s success. It would have followed the characters of Hazel, Alexander, and Bernard from the original series while introducing new characters.” Sadly, the series was cancelled before it went into production.

How strange is it to see Little Finger (Aiden Gillen of Game of Thrones) give Jackson ‘Jax’ Teller (Charlie Hunnam of Sons of Anarchy) a rim job?

Vince Tyler: Alf Roberts; “Alfie,” Michael Caine; “Alf,” that American sitcom with the puppet – a bit dodgy, but that’s forgotten by the time he’s in school unless it’s on cable… bet they’ve got it on Bravo. Oh… Alfred’s the name of Batman’s butler! Marvelous. Good name!