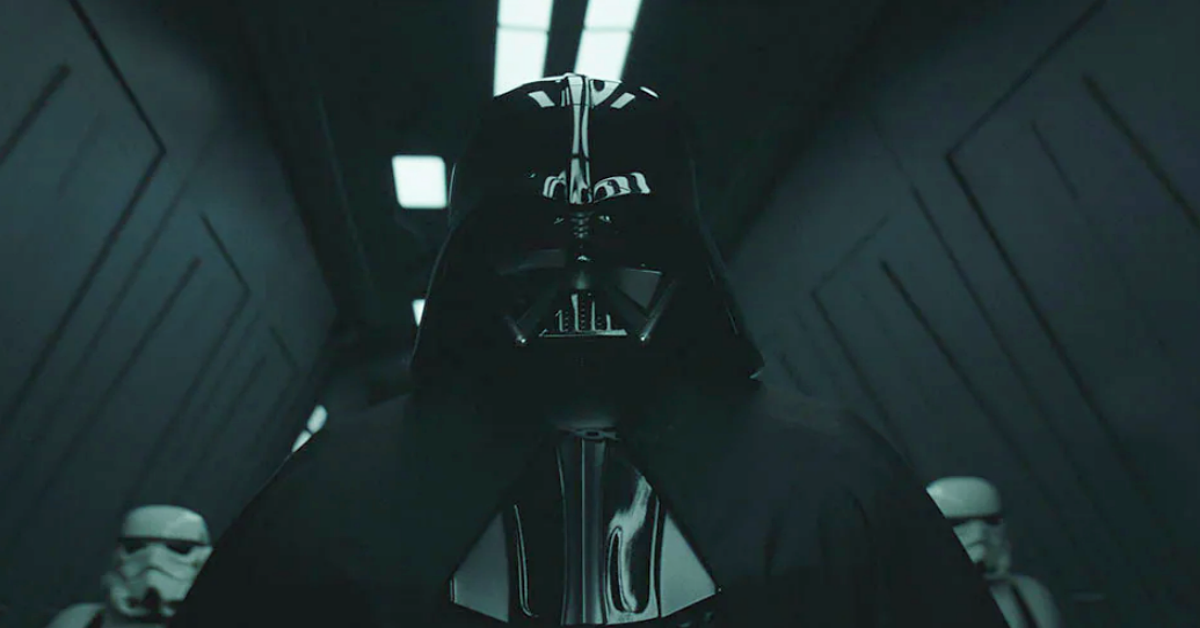 After a deadly confrontation with his old Padawan in a vendetta that seems to be the sole reason Obi-Wan Kenobi exists as a show, Part IV ditches virtually everything in lieu of recycled plot devices that try to salvage the show’s pacing while doing nothing for the characters. Its setting and introduction of new characters should be thrilling, but Deborah Chow and company have served up a filler episode with flickers of more interesting ideas that dissipate the moment they get in the way of the show’s momentum. For a fourth episode in a six-part series, it’s concerning to see the show spinning its tires when it hasn’t really done anything yet.

After a non-fatal encounter with Darth Vader, Part IV picks up immediately after Obi-Wan is rescued by Tala, who quickly dunks him in a bacta tank to heal the Jedi. After discovering that Leia has been kidnapped by the Inquisitors and taken to an Imperial base, this episode focuses solely on another rescue attempt, this time juxtaposed against Reva’s attempt to find out about The Path and its many sites for smuggling Jedi from Princess Leia.

Ultimately, the standout of Part IV is Leia due to her strength in the face of Reva’s interrogation. Her life essentially forfeit by being a Jedi sympathizer, Leia now finds herself having to bear the burden of keeping every Jedi safe even after Reva tells her that Obi-Wan himself was killed. It’s a heavy burden to put on a child, specifically one who has shirked many of the responsibilities of being a Princess in pursuit of action and adventure. The interrogation sequence, while not particularly grueling as it’s mostly just a conversation between Reva and Leia, demonstrates a tipping point in Leia as a character. A feeble attempt to communicate with her Father shows Leia is more than capable of playing both sides effectively.

However, that’s where almost all of the character development happens. Everything with Obi-Wan in this episode feels trivial or redundant. If Part IV does anything particularly right, it’s forcing characters to witness the consequences of losing, without them actually being impacted. Leia sees the dark realities of the world she will someday have power in, the smugglers helping Obi-Wan and the Jedi are forced to accept their roles as soldiers in a rebellion, and Obi-Wan discovers the horrors that have befallen the Jedi.

That last part is the interesting nuance that the show doesn’t really flesh out in any great detail. Within the walls of the Imperial base, Fortress Inquisitorius, resides what Obi-Wan calls a “tomb” for Jedi. They appear to be preserved in some manner, but the use of the word “tomb” largely suggests that the Jedi within are dead and their bodies are merely being kept intact. There’s not much else that the show provides to really give this reveal much weight, but it is a chilling nuance that could be effectively explored somewhere down the road.

It’s clear though in the way that Part IV of Obi-Wan Kenobi is structured that there’s not really anything substantial going on under the hood. This episode has another princess-being-kidnapped plotline that underlines the show’s lack of creativity. Action sequences lack any excitement and while occasionally they look nice because a lightsaber always looks nice in darkness, there’s nothing beyond aesthetics with each scene.

There’s a half-hearted attempt to play up the episode’s largely espionage tone, but again, the show doesn’t fool around with the qualities of a spy thriller enough to feel fully intended. Tala’s duplicitous nature is played more for laughs than anything else, and feels unintentionally damning of the Empire and their ineptitude. Everyone is way too bad at their jobs that Tala’s obvious sleuthing and hacking go completely unchallenged until the show randomly inserts a roadblock that she easily overcomes and goes right back to sleuthing. It’s all just so pedestrian.

Meanwhile, the show continues to have Obi-Wan flail his way through the galaxy, providing interesting places to explore each episode, but then does very little exploring. Last week’s episode forced the characters to embed themselves within the planet they were on, but too little time is spent in each place to feel truly immersed. This episode’s Imperial base seems to just act as window dressing as it doesn’t really feel like an Imperial base. There’s never truly any threat. Instead, all of the location-hopping tends to just be a hodgepodge of references and tiny details intended to fill gaps with none of them serving any meaningful purpose.

Part IV should have been a slam dunk after the previous episode reintroduced Anakin into Obi-Wan’s life, forcing him to confront someone who he believes he has failed. Instead it’s a haphazardly thrown together episode where Obi-Wan confronts nothing that happened in the past – though the episode opens with a cheesy cutting back-and-forth of Obi-Wan and Anakin in their respective bacta tanks and Tala telling Obi-Wan bluntly that he needs to let go of the past. The show introduces characters, like the immediately endearing smuggler Roken (played by O’Shea Jackson Jr.), and then tries to make a big deal out of one dying when we’ve known them for a few minutes. It’s a flat episode devoid of any substance and its strengths are too minuscule to really justify the episode having existed at all.

At the end of each episode there’s rarely a feeling of satisfaction narratively. Part III felt like the first time the show seemed like it was making significant progress. Now, we’ve come to another episode where the schism between the Inquisitors is growing, Reva continues to try to please Vader while her past and motivations remain unknown, and Obi-Wan still seems to be trapped in first gear even after confronting Anakin.

What is most disappointing about Obi-Wan Kenobi at this point in its run is that its fourth episode had the potential to finally dive deeper into Reva’s past. Some surface-level comments like her tinkering with droids in the past only exists to set up her being able to throw a tracker onto Leia’s droid. That we will likely only find out Reva’s motivations upon the fifth or, worst case, sixth episode exemplifies what’s wrong with the show: nothing seems to have any stakes. Reva’s motivations are unclear so why do we care? As for all the other major characters, we know where they end up by the 1977 film, so the show has to actually create some sort of emotional pull and can’t just be filling in unnecessary narrative gaps. Obi-Wan Kenobi has no emotion to speak of because it doesn’t give itself time to really let significant moments sink in. Instead, it seems most likely that the show will crawl to its conclusion having forgotten to justify its existence.