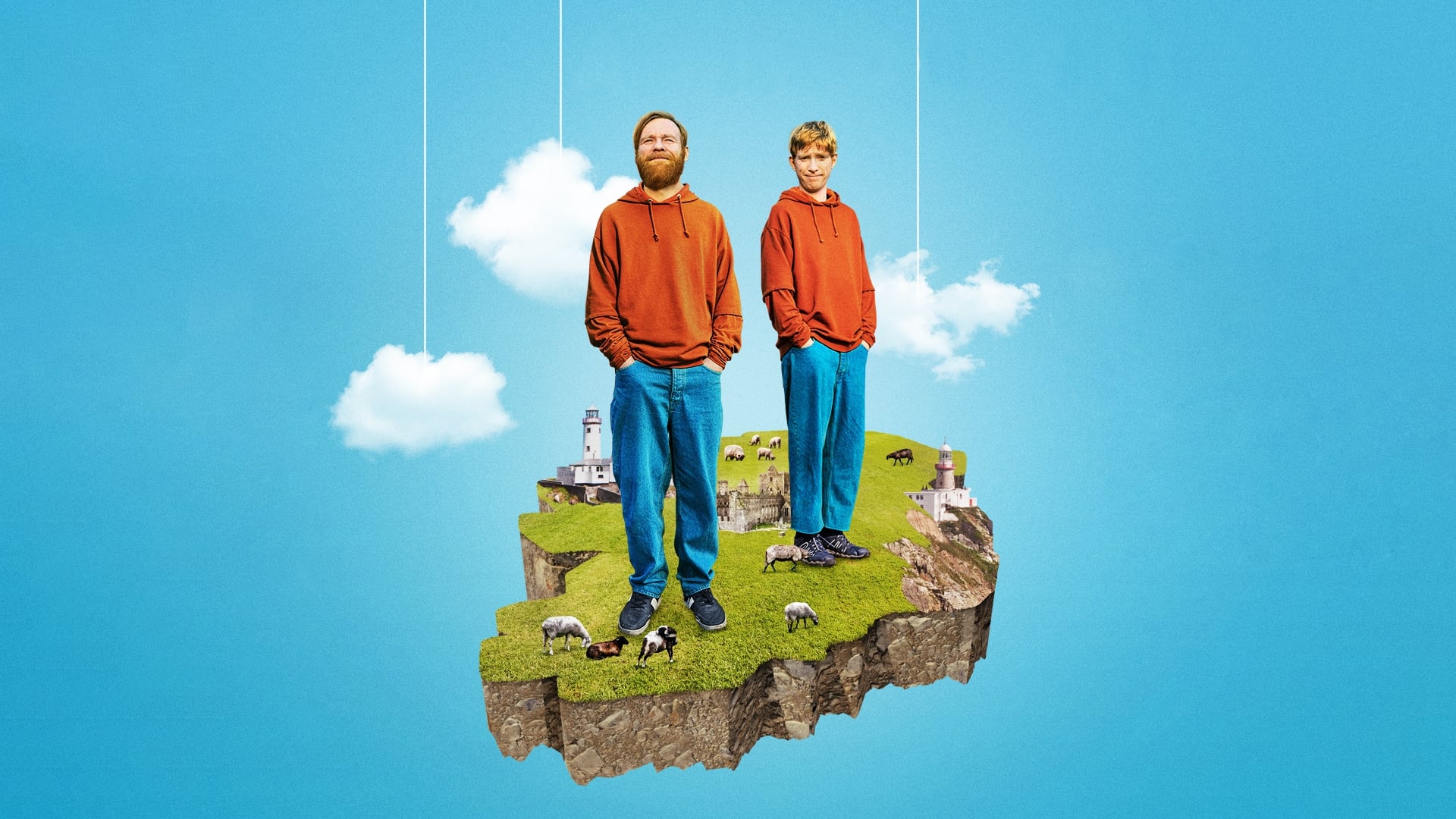 Movie references, double entendres, and puns litter this irreverent, screwball comedy of errors that centers around titular character Frank, the wacky misfits in his circle, and their hilarious shenanigans.

Frank Marron (Brian Gleeson) is crass, delusional, and insensitive. He is entirely unhelpful to others but feels entitled to everyone else’s assistance and concern. The series title, Frank of Ireland, must refer to his steadfast, center-of-the-world attitude.

Best bud, Doofus (Domhnall Gleeson), is Frank’s dutiful, hapless lackey, and bears the brunt of Frank’s plans that inevitably go awry. His ex-girlfriend is still in the mix and he just can’t quit her nor, she him. Frank’s mother, whom he still lives with, is just an older female version of Frank (with a bit more self-awareness).

Other eccentric characters spin in and out of Frank’s orbit, each and every one adding a delightful whimsicality to all of the outrageousnesses.

The first line of dialogue on Frank of Ireland is Frank quoting Robert De Niro in Taxi Driver to a taxi driver.

Frank’s love of film is admirable, as is his ability to relate so many situations to movies through quotes or even approaches to problems. It’s as though he lives his life in a filmic fantasy world of his own making.

The show highlights this well through the clever writing, whip-smart dialogue, cinematography, and episode titles.

The Taxi Driver quote is just the beginning, and hilariously recurring within the first episode, titled “You Talkin’ To Meath?” Other episodes take on movies like Misery on “James Caan’t,” Home Alone on “Guitar Nero,” and both 12 Angry Men and A Few Good Men which get confused throughout on “A Good Few Angry Women.”

It is hysterical to see a grown man who acts like a bratty pubescent boy seriously quote Kevin McCallister.

This is my house and I have to defend it.

On Frank of Ireland Season 1 Episode 5, “Guitar Nero,” Frank, Doofus, and Frank’s ex Àine (Sarah Greene) secure his mother’s home by setting similar booby traps to those in the Christmas classic. As expected, things go horribly wrong, ending with the place being set on fire (thanks to the blowtorch door gag) and Frank passing out from smoke inhalation. Never fear though, Àine comes to his rescue, pulling him from the burning building while wearing a wedding dress.

Most situations that Frank gets himself and his cohorts into spiral into utter pandemonium like this, and the spectacle could not be more fun to watch.

Not only is there a familial sense to the plot of the show, but the whole production has it, too. Brothers Brian and Domhnall Gleeson, along with Michael Moloney, are the series’ writers.

From the first episode, you see how alike Frank and his mam Mary (Pom Boyd) are. They’re constantly taking the piss out of each other. There’s no privacy let alone boundaries between these two. They walk into one another’s rooms, unannounced, and stay to chit chat no matter what kind of scene they’ve stumbled upon.

On “You Talkin’ To Meath?” Frank sleeps with Àine despite having written a note to himself on his hand, Remember, don’t sleep with Àine. Later, Mary sleeps with Àine’s father, Padraig (Pat Shortt), who is grieving his deceased mother—keeping it all in the family.

On the final episode, “Memento Mary,” Frank’s absent father shows up just in time for Frank’s birthday celebration/intervention. As similar as Mary and Frank are, Frank’s dad is a perfect example of what Frank’s future will be if he doesn’t grow up and take charge of his life.

This character’s appearance is extra special because Frank’s father is played by accomplished actor and real-life Gleeson patriarch, Brendan Gleeson. Not only is the physical resemblance there, but it’s clear that both Domhnall and Brian have inherited their father’s talented acting chops.

The Circle of Life and Death

The conclusion to this story is ingenious. Just when it seems like Frank of Ireland is not much more than a raucous good time taped together with a bunch of popular movie references, it pulls, not a one-eighty, but a full, mind-blowing three-sixty.

“Memento Mary” is inspired by the 2000 film Memento, in which Guy Pearce’s character tattoos reminders on himself because of his short-term memory loss. It’s also a story told both backward and forward.

Doofus: Memento is about a man caught in a cycle, Àine, like Frank. It’s also a film told in reverse and that’s what Frank is doing—going backwards when really he needs to move forward and reinvent himself the way Guy Pearce did.

There’s another intervention for Frank’s dad, and father and son decide to turn things around. He’s going to teach Frank how to ride a bike, but then he admits he doesn’t know how to ride one either so they learn together (on a roundabout, no less). It’s heartwarming and at one point Frank’s pant leg gets snagged in the gears. “I’m caught in my cycle!” he exclaims.

In the moment, it’s just another clever pun, but when it’s revealed that everything has been a loop, that line resonates so much deeper. Àine comes over and tells Frank her grandmother died, and now the audience feels caught in Frank’s cycle with him—not that it is a bad place to be, actually, it’s pretty fun.

It only seems fitting to circle back to the beginning and that Travis Bickle quote from Taxi Driver, “There is no escape. I’m God’s lonely man.”

The Falcon and the Winter Soldier Muddles its Pacing in Episode 4, “The Whole World Is Watching”