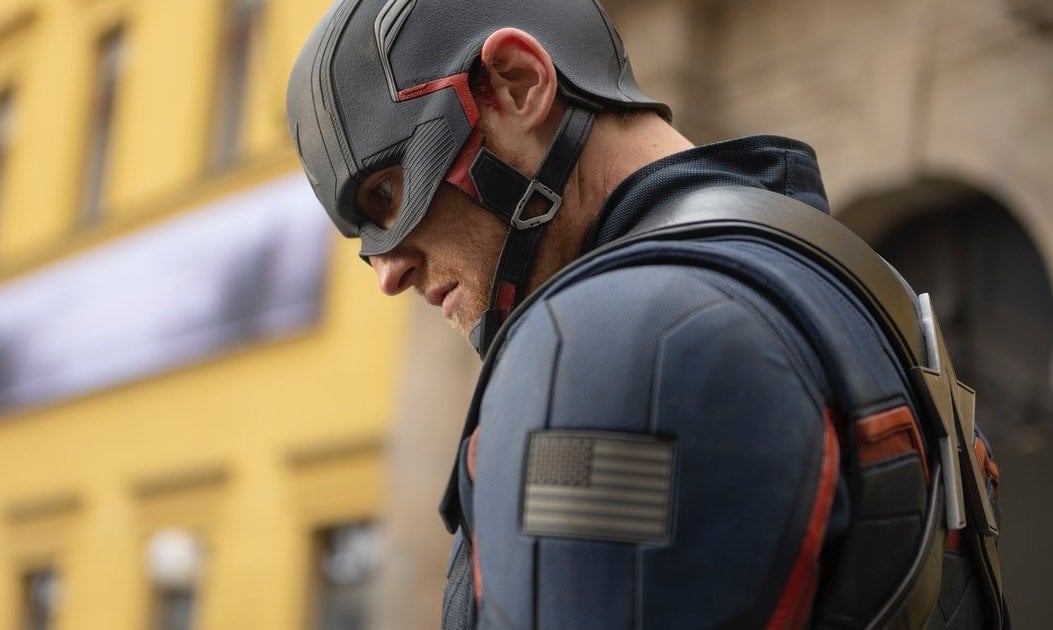 As The Falcon and the Winter Soldier crosses the halfway mark of its first season, last week the latest Marvel series on Disney+ took some lavishly brutal turns. While it may not be as experimental as WandaVision, the adventures of Captain America’s partners has reaped the rewards of sticking to the Marvel Cinematic Universe’s classic roots. From its high octane action that is eye poppingly choreographed to its heavy usage of complex in-universe politics, The Falcon and the Winter Soldier has continued to excel at presenting a world without Captain America that may or may not be in dire need of his presence. As the show aims to conclude its story between the living Avengers and their advisories, “The World Is Watching” is yet another high step up to The Falcon and the Winter Solider’s climb to glory. Between its genius implications and desire to explain motivation, episode four of the series is another high-point for the series after last week.

After their hunt in Madripoor ended with a bloody conflict aided by Sharon Carter and Ayo arrived to question the White Wolf’s recent contentious decision to recruit Baron Zemo for help, “The Whole World Is Watching” picks up seconds after where its predecessor left off as Sam Wilson, Bucky Barnes, and their Civil War enemy continue to track down the terrorist organization known as the Flag-Smashers. As Sam and Bucky engage the enemy in hopes of stopping them without the need for bloodshed, the heroes finally are given the opportunity to interact with Karli Morgenthau — although not so peacefully. On top of being in an area where the Flag-Smashers rein in the shadows, the Avengers once again are forced to deal with US Agent and Battlestar who are looking to kill their target. The Falcon and the Winter Soldier makes a blood gushing lap with its follow-up entry to “Power Broker” as every side points knives to each other’s throats.

As the conflict continues to escalate between our heroes, anti-heroes, and enemies, Karli Morgenthau (played by Erin Kellyman) is finally given time to take the spotlight along with the divisive US Agent. While The Falcon and the Winter Soldier has remained persistent in building upon its leads for the last three episodes, the villains have arguably stayed on the unexplained side outside of Baron Zemo. Luckily though, episode four turns the tide as it takes its time to throw the series’ intriguing ideologies to the forefront with both negotiations and brute force. Between its physicality and mentality, The Falcon and the Winter Soldier proves to up its game as its conflicting parties engage one another in unavoidable warfare. The result is a beautiful catastrophe for our characters that will surely set a playing field for a more determined cast of antagonists.

Episode four really thrives when it comes to character building as it slowly takes its time to explore the dynamics between its cast, however, it more so succeeds in explaining its messy politics from different perspectives. After three episodes, not only are the Flag-Smashers relatively fleshed out here as the group’s goals are more explained after their recent terrorist attack, but John Walker and his partner also get a few moments to shine that heavily build upon the former American soldier. Whether you are looking at Zemo or Sam, the spectrum of ideologies that The Falcon and the Winter Soldier present with its fourth entry never get lost in a crossfire of misconceptions or flawed logic. Everyone’s goals and ideologies support their mission while also being relatable for the audience. Everyone is given time to shine as they have fruitful conversations that pertain to both their past, present, and future. Out of all the daring acts the series has taken, focusing on politics as equally as action has paid off.

“The Whole World Is Watching” makes one other abundantly daring move outside of diving deep into its tangled politics. That is of course with its commendable cinematography — more specifically though, in the last half of the episode when US Agent finally takes action. How each director has portrayed John Walker up until now has slowly represented an incoming downfall as he wrestles with the difficulty of being a hero, but the latest episode cranks up the results beyond expectations as it showcases just how far he truly is from becoming the next Captain America. Walker’s visual usage of Steve Rogers’ shield really touches upon his character arc throughout the whole episode as the bouncing piece of vibranium becomes practically a guillotine for chaos — literally at the ending. The iconic shield already upholds a massive amount of symbolism and the way that has been utilized throughout the show is nothing short of fantastic, however, episode four easily takes the spotlight so far with it. The closing moment of the episode in particular that focuses on a shield covered in blood is a total shocker that resonates with Marvel’s weekly continuation to both humanize and demonize those attempting to take Captain America’s legacy.

The Falcon and the Winter Soldier continues to defy each of its prior chapters by intricately toying with its greatest strengths and tackling its core weaknesses. In a world where Captain America is seen as the golden-boy superhero that the west primarily flaunts as an icon, The Falcon and the Winter Soldier smartly plays off the beliefs and responsibilities of the retired Avenger that has stemmed from his breakaway days. The series continues to make strong arguments as to whether or not superheroes should be guided or freed in a world where conflict continues to arise from the underlying challenges they present beyond their righteousness. Just like how The Falcon and the Winter Soldier’s villains reflect on the hardships of bringing more parties into their fight, the show only grows more complex yet fascinating as it delves into the moral debates surrounding its key characters. “The World Is Watching” might just be the perfect way to summarize the brutality and hopefulness every side presents as they continue to push their agendas forward.

Frank of Ireland—A Cycle of Chaos