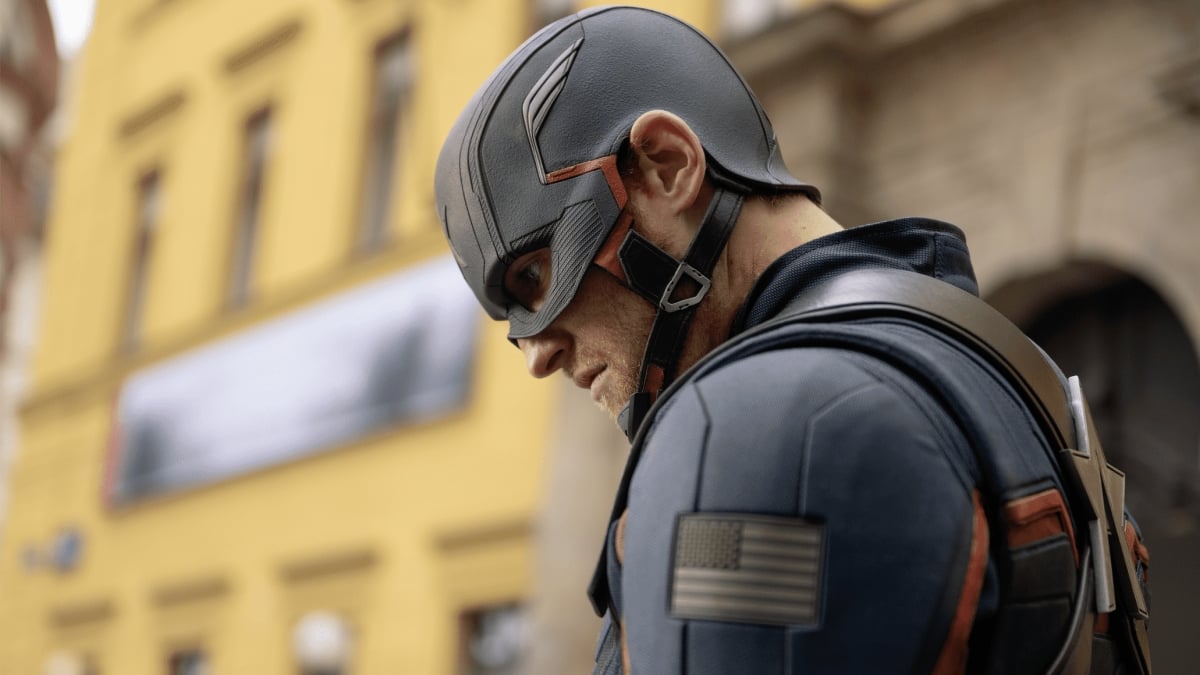 After being warned by the Dora Milaje at the end of last week’s episode, Bucky now has just eight hours with Zemo before the warriors from Wakanda come to cart him off for the murder of T’Chaka back in Civil War. Inexplicably not providing this information to buddy Sam, the trio set off to find and talk to The Flag-Smashers leader, Karli Morgenthau (Erin Kellyman) in the hopes of diffusing her continually escalating methods of anti-patriotism, only for it to be immediately ruined by the increasingly annoying John Walker.

Whilst (by a very long shot) far from the worst thing Marvel has produced in its cinematic universe, the show remains entertaining enough yet frustrating in its execution. Attempting to juggle themes of race in America, Bucky’s guilt at being a brainwashed assassin and his reconciliation with his past, and The Flag-Smashers understandable dissatisfaction with how the world has neglected them after half of the universe was restored in Endgame, the show smacks of too much on its plate at once, only exploring each of its subjects by halves. For example, whilst having some of the Dora Milaje come for Zemo makes sense on paper (he did, after all, kill their king), it is adding yet more for the heroes to contend with.

An overcrowded story then, inevitably, pushes its characters to the edge of the overall plot. Sam has barely had time to process his feelings about Walker donning the Shield, whilst Bucky, despite a genuinely moving prologue to the episode, cannot possibly be able to move on. Sharon Carter, a welcome presence in last week’s episode, and a vast improvement on the former agent from previous films is relegated to cameo, quick phone calls between her and Sam so she can inform him that it would be a pleasure to keep an eye on Walker using “one or two” of the satellites she has control of (the extent of her power in Madripoor remains very unclear).

These shortcuts that the show is making to justify moving from point A to point B feel lazy and incoherent, and it’s ironic that this episode discusses yet another theme of ends justifying means when the means are barely developed to begin with. There is no doubt that, when given the chance, both Mackie and Stan are the best they’ve ever been as these characters, and it’s to the show’s disservice that they’re not given more to explore not only what they’ve been through in past movies, but mental repercussions of having disappeared for five years.

After a slow walk through the first 40 minutes of the episode, it finally takes some risks with its character development in the last 15, albeit solely with Walker and Morgenthau. The MCU is known to take a chance or two with its storytelling, so it’s curious that this entry has been so lackluster, but a shocking and violent ending to the episode gives it an edge it so desperately needs, coupled with a final shot that fans of Steve Rogers will find incredibly upsetting. A resuscitation to the episode late in the game, it’s a shame that it takes so long to find bite.

Frank of Ireland—A Cycle of Chaos