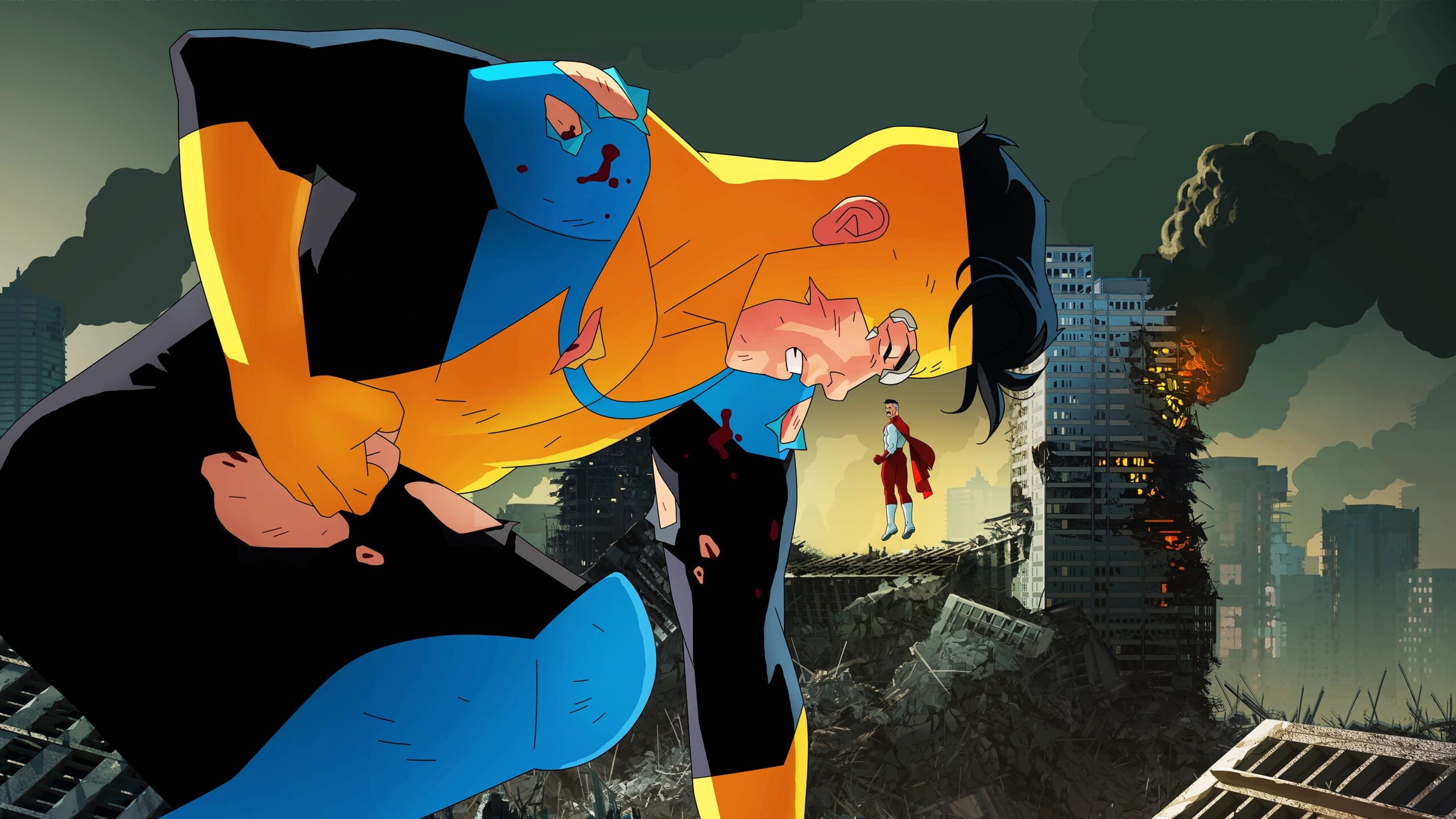 Amazon Prime’s Invincible has already set itself apart with a string of incredible episodes that invite viewers to invest in this world while reminding them that no character is ever safe. Like Game of Thrones and The Walking Dead, Invincible‘s primary selling point has been that anything goes in this particular comic book story.

Of course, this was never more prevalent than in the final moments of the series premiere “It’s About Time.” Though much of the first episode was boilerplate origin story stuff, the final scene, which saw Omni Man (JK Simmons) executing the entire Guardians of the Globe team graphically, was an immediate game-changer. The correlation to an evil Superman trying to kill his allies draws obvious comparisons to Zack Snyder’s Justice League, only in Invincible the seemingly impossible actually happens.

It’s something that we had to dance around up until now but, as it’s become the focal point of the storytelling of Invincible, we’re thrilled to be able to talk about it finally. As Damien Darkblood, a Hellboy-like detective, continues his investigation into Omni Man and the vicious murders, it’s become increasingly clear that Omni Man’s secrets will not remain safe for very much longer.

With his wife and son on his trail as well, Omni Man’s time seems to be just about up. However, we’re still not clear exactly how much Omni Man knows about his crimes or who (or what) caused him to murder his friends mercilessly. “Neil Armstrong, Eat Your Heart Out” offers the first clear indication that Omni Man does indeed know what he did and is even willing to try and frame someone else for his crimes, but we still don’t know where his newfound aggression has come from.

With that preamble out of the way, we can focus a bit better on Invincible’s latest episode’s central plot. Like “Here Goes Nothing,” it involves Mark Grayson/Invincible (Steven Yeun) stepping into his father’s shoes to take on a task that Omni Man has no interest in. Unfortunately for Mark, this mission will see him gone from Earth for two weeks, a prospect that is not so great for his burgeoning relationship with Amber (Zazie Beetz).

So we get another of the standard superhero story tropes where, like in “Who You Calling Ugly?”, Mark has to balance his superhero responsibilities with what he wants from his day-to-day life. What’s great about Invincible is how lovingly it leans into the silliness of these tropes, making a joke of them even as it utilizes them for its own storytelling needs. It seems pretty clear that this show will continue to break the capital rules of superhero stories, but how quickly they will be broken provides a framework for this adaptation’s suspense.

As even seemingly trustworthy characters like Robot (Zachary Quinto) and Cecil Steadman (Walton Goggins) make themselves suspect, Invincible‘s web of deception is only growing more complex. Add in the addition of an otherworldly threat and the prying eyes of Debbie Grayson (Sandra Oh), and how this first season will shake out remains anyone’s guess.

Still, as Invincible approaches the second half of its story, its central mysteries only grow more tantalizing even as the world expands out from them to delve into its unique reality. We’ll eagerly be awaiting next week’s episode, but until then, we’ll just have to kick around the dirt on Mars while we pine away.

The Falcon and the Winter Soldier Muddles its Pacing in Episode 4, “The Whole World Is Watching”