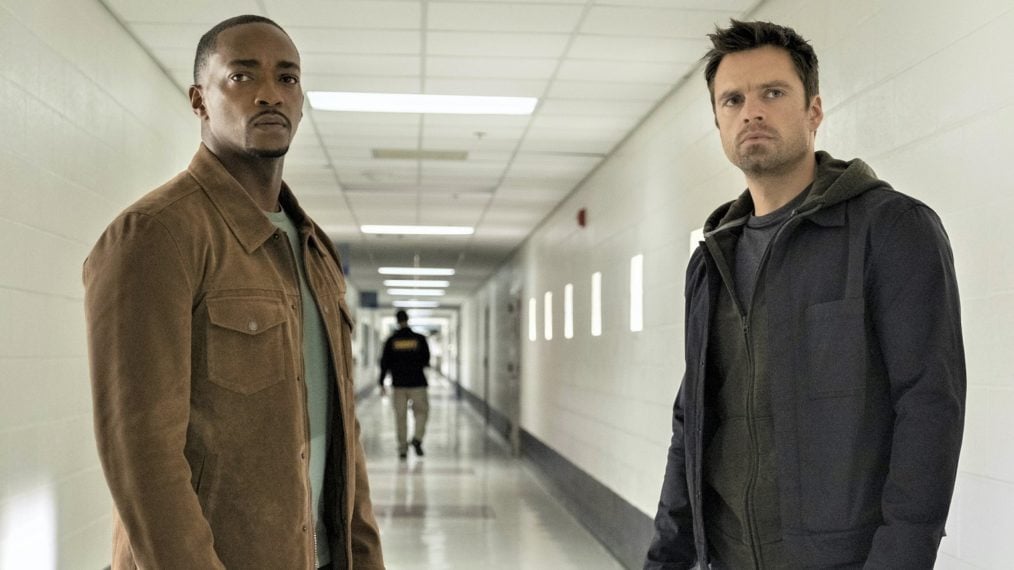 The Falcon and the Winter Soldier Episode 3 “Power Broker” Review

As The Falcon and the Winter Soldier is already blasting past its halfway point, there were no doubts in any viewer’s mind that the latest Marvel Cinematic Universe series on Disney+ would not pick up some major traction with this week’s episode. In the same vein as WandaVision had with its fifth installment, The Falcon and the Winter Soldier’s midpoint reaches an incredible high point for the series that eclipses what came before it. With unbelievably breathtaking action sequences, fascinating character reintroductions, and a notable amount of plot escalation, “Power Broker” is truly The Falcon and the Winter Soldier’s most pristine episode yet. The latest Marvel series may be on its way to its ultimate conclusion in a matter of three weeks, but that has not stopped the constant excitement the show keeps bringing to only boom with each new weekly dose of commitment it has taken to push the relationships between its heroes forward in a post-Captain America world.

With Sam Wilson and Bucky Barnes hanging their heads in shame after a fruitless first encounter with the new Captain America John Walker and his empty-headed partner Battlestar, the two head off to Germany in hopes of getting information regarding the missing super-soldier serums from the Civil War orchestrating mastermind Baron Zemo. After a short exchange of ideas and catchup before a sly escape from a compromisable prison, the three not so likely allies head to the fictional crime city of Madripoor to begin their investigation into the origins of the current threats the Flag-Smashers intend to utilize. With everyone attempting to push their agenda’s forward under a tense scenario of contradicting ideologies, viewers are left with an episode where Zemo gets to flaunt his past amongst two rekindling Avengers and a fourth spotlight. Just when you thought The Falcon and the Winter Soldier was heading down a predictable path it pulls a sharp knife on you and hijacks the wheel for an incredible ride.

“Power Broker” is an all-out killer episode of The Falcon and the Winter Soldier with absolutely no filler in its runtime — both metaphorically and literally. It manages to find a perfect balance between its frontline ideas and backend focuses amidst a large chasm of pressure to succeed in continuing a decade-long story. As it reaches deep into the Marvel Cinematic Universe’s ripe roots, it manages to unearth its typical surprises amongst a loveable cast of characters with the help of a barrel of references. Between its intriguing international politics and strong arguments for unionizing a group of heroes while also keeping their freedoms intact, The Falcon and the Winter Soldier’s third outing is elegantly filling in critical background gaps within our veterans and newcomers. As it presents well-choreographed action from beginning to end it never backs down on breaking through with surprises and impressive character changes.

For starters, as Baron Zemo finally returns to the spotlight after disappearing for five years, Daniel Brühl is back in the role and giving it his all. With the help of a great script and strong prior establishment, The Falcon and the Winter Soldier starts by showcasing Zemo as the same mind-breaking menace audiences witnessed in Captain America: Civil War only to quickly allow the character to bring out some of his comic book attributes in a matter of minutes on screen. From a stealthy prison escape to being a one-man army jumping off high stacked cargo crates and wielding pistols, Zemo went from being a terrifying brain to a horrifying body in absolutely no time. Zemo not only brings incredible action to the table as he rubs off his prison rust and goes guns blazing in his forced attempt to assist the Avengers, but he is able to further help add another layer of depth to Sam and Bucky’s relationship. Brühl’s character is the first of two additions to this episode that help send The Falcon and the Winter Soldier’s greatest ideas closer to perfection as they help drive home the show’s core ideologies and arguments.

Likewise, Civil War veteran Sharon Carter was bound to make a grand comeback in the Marvel Universe after she formally helped Steve Rogers and his team take down the Sokovian, but no one could have predicted that her return would have been as stellar as it was here. Whereas Zemo still harbors the same ideologies he previously spearheaded after being behind bars since his last appearance, Sharon ironically has been through an overwhelming turn of offscreen events that transformed her personality into a vigilante more in line with her previous advisory. While it is a shame we are yet to see what Sharon experienced during her runaway years after the Civil War aftermath, her reentry is nothing short of remarkable as a hero formally helping law-breaking icons has become almost what they attempted to destroy. The rebel-turned mercenary’s latest appearance is thrilling and will have viewers dying for more of her as she rips and tears through Madripoor’s scum. Together Baron Zemo and Sharon Carter further catapult the arguments that The Falcon and the Winter Soldier presented in its first two episodes while bringing the house down with some explosive entertainment.

On the topic of the action, while “Power Broker” smartly takes a leap into correlating back to what was previously established in the Marvel Cinematic Universe it notably ramps up its action through its cinematography in extraordinary ways. Zemo, Sharon, Bucky, and Sam absolutely smash the current competition of action shows with their team-up. Director Kari Skogland has done an outstanding job with the third episode’s focus on constant tensions and combat, but her presentation with the help of genius choreographers is simply the tip of an eye gluing explosion. For three consecutive weeks, The Falcon and the Winter Soldier’s most admirable aspect has been its action, but “Power Broker” simply raises the bar for what will be expected in the future. Between gunplay and physical hands-on combat, every character jumping into the chaos is given satisfying scenes to watch as they absolutely destroy bounty hunters and terrorists at high speeds worthy of the Russo brother’s work in Captain America: The Winter Soldier.

For the midpoint of the series, The Falcon and the Winter Soldier easily hooks viewers in for a promising closing half as it puts Baron Zemo and Sharon Carter at the spotlight. It is able to present its political standpoints and action far more efficiently than its prior two episodes ever could, but hopefully “Power Broker” will not be a one-time massive leap forward for the show as it continues to set up an incredible array of politics and plot points to explore with its cast of heroes and villains. It may yet again be another episode that pays a lack of attention to the Flag-Smashers as individuals, but in the moments the villains are given to shine they are definitely bright. In the same vein as WandaVision’s halfway episode, the series truly is getting fired up for one massive scale closing back half between all of its leads and minors thanks to both a notable rising climax and a last-second appearance of a familiar fan-favorite icon. Its implications are strong, but this week The Falcon and the Winter Soldier’s execution is more powerful than ever before.