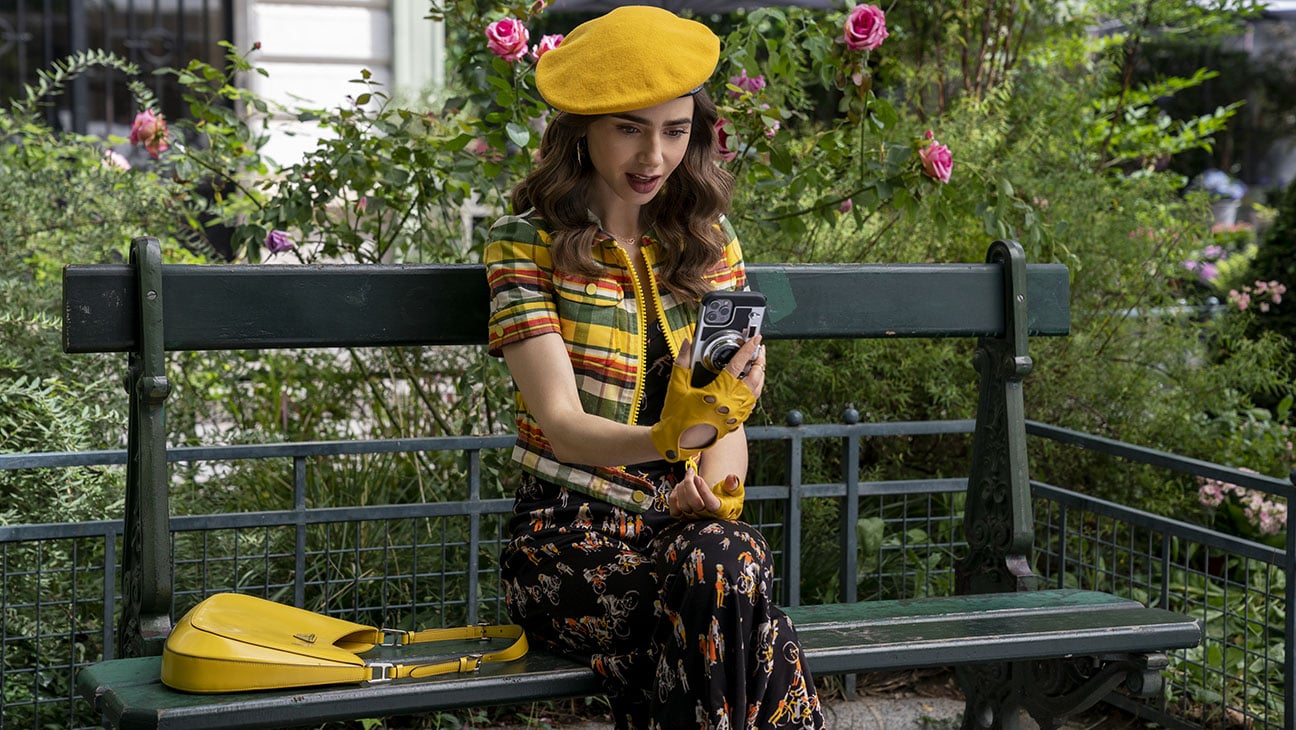 Emily (Lily Collins) is back! She swapped out the bucket hats for motorcycle gloves, thank the gods. When the derisive first season hit our screens, it was great fun to hate on Emily. Is it still? I’m here to tell you that it is. The second season is absurd for so many reasons, not least of which is that Emily and Mindy (Ashley Park) have an endless amount of vintage and luxury clothing that fits in that small apartment on a couple of clothing racks. The fashion, the ridiculous marketing ideas, and cringe-inducing social media posts are equal parts farcical and enchanting.

The supporting characters have better storylines than season one. Sylvie (Philippine Leroy-Beaulieu) has even more going on in her romantic life. Plus, she must contend with the realities of what happens when your small boutique firm is bought by a large American conglomerate. At first, Emily comes to the office, and Sylvie can adjust to the naïve, plucky ingenue with the brilliant unique marketing ideas (I think that’s what the audience is supposed to think!), but then Madeline (Kate Walsh) comes to town in the latter half of season two. Her authority, her relationships, and her business ethos are all questioned. No need to worry though, Sylvie ensures she’s on top by the end.

Mindy (Ashley Park) has her own romantic entanglement, as well as a lot more performances. Watching Mindy sing in drag, busk all over Paris, and fall in love is endlessly entertaining. Much more so than Emily wafting around the city. She’s a billionaire’s daughter looking to reinvent herself. Is it absolutely ridiculous to see Emily and her sharing the attic apartment that she can’t pay Emily rent for? Yes, but Ashley Park is effervescent so I, for one, will stick around for her alone.

Emily spends the first few episodes of the season lying to Camille (Camille Razat) and pressuring her to get back together with Gabriel (Lucas Bravo). It blows up in her face when Camille realizes neither Gabriel nor Emily told her about their tryst. It is incredibly annoying to watch Emily make mistake after mistake with Camille and not own up to what she did. Gabriel also doesn’t tell the woman he’s dated for years what happened between him and their new American friend. It’s frustrating that there never seems to be a reckoning or self-reflection when Gabriel or Emily realizes the worst part about the situation is that they lied to Camille afterward.

The writers deserve some kudos because they must have listened to the feedback that they received for season one. Emily is no longer insisting that the French way of doing things is wrong when she’s working with the team at Savoir. Her French pronunciation is so horrific that she’s kept back in her French course. Emily makes mistake after mistake at work this season, but she also has a bond with the team at Savoir so she’s no longer an interloper and they seem to accept her as one of their own. It’s a bittersweet moment at the end of the season when that sentiment is confirmed.

Emily’s colleagues Luc (Bruno Gouery) and Julien (Samuel Arnold) are charming in every scene they are in, but even they feel like juicier characters than Emily. Therein lies the biggest issue with Emily in Paris – everyone around Emily seems more interesting than Emily herself. So, I’ll be back for future seasons of Emily in Paris, but more so to see what Mindy, Sylvie, and the rest of the gang are up to.

Hawkeye’s Finale Brings The Holiday Cheer With an Imperfect Bow