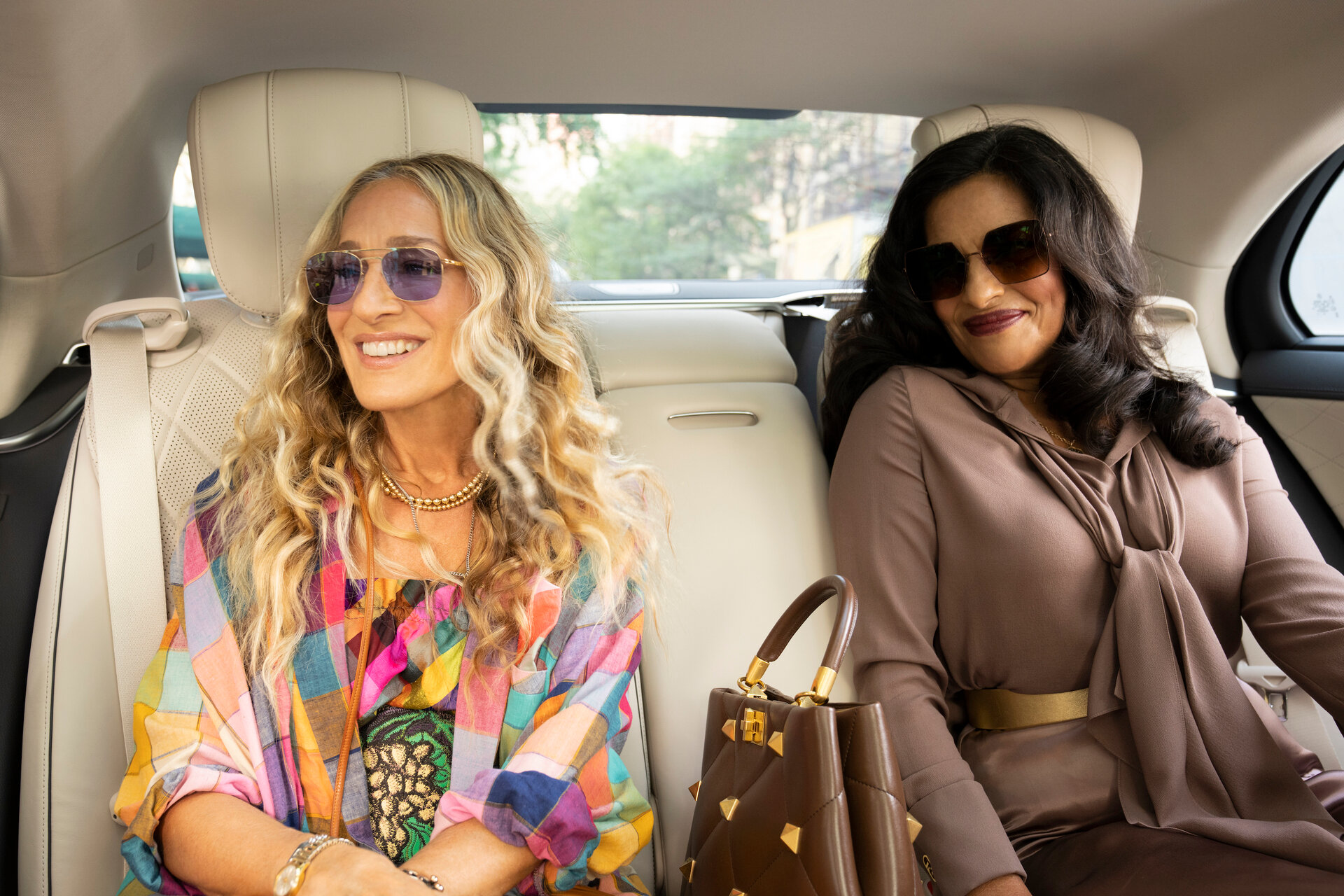 The Sex and the City sister series, And Just Like That…, from HBO Max is back with another installment and, unfortunately, it seems like the show writers are back to their old (and exhausting) antics. Although the third episode of the series feels like both a breath of fresh air in the spirit of the original series, “Some of My Best Friends” is substantially less compelling.

Following the death of her husband, John Preston (Chris Noth), Carrie (Sarah Jessica Parker) decides that it’s time to sell their apartment. Her house hasn’t felt like a home since Mr. Big’s heart attack and so she hires Seema (Sarita Choudhury), a successful realtor, to help her sell the place. The two of them quickly become friends, although conflict arises after Seema accidentally breaks the glass on a photo that used to be kept on John’s nightstand. Carrie gets upset and thinks that Seema is being cold and insensitive when she offers to replace the glass, which Carrie claims is irreplaceable as it’s the glass Mr. Big touched every night before bed.

Seema apologizes but also calls out Carrie’s dismissive attitude concerning her love life from when they went to lunch earlier in the episode. While out, Carrie commented on how it’s good that Seema “is still putting [herself] out there” when she discovers that her realtor has never been married. Carrie realizes that not everything said is meant as a personal attack and the two end the episode as friends.

Meanwhile, Miranda (Cynthia Nixon) and Dr. Nya Wallace (Karen Pittman) grow closer as friends. The two of them go out for dinner and Dr. Wallace admits to Miranda that she’s on fertility drugs and starting her second round of IVF, but explains that when the first round didn’t work that she was relieved. The two of them talk about the joys, and candid disappointments, that come with motherhood and how you’ll always have regrets about the road left untaken.

We then see Charlotte (Kristin Davis) trying to advance her “mom” friendship with Lisa (Nicole Ari Parker) to a regular friendship. Charlotte invites Lisa over for dinner, but panics when she realizes that she doesn’t have a diverse friend group. Lisa ends up having the cancel dinner plans with Charlotte but invites her over for her husband’s birthday instead. While at dinner, Charlotte defends Lisa’s art choices when her mother-in-law criticizes her over dinner, cementing her role as a real friend to Lisa.

This episode also included an abrupt farewell to Stanford’s (Willie Garson) character. We discover in a letter that’s been left for Carrie in her former apartment from Sex and the City, that Stanford has gone overseas to manage a young TikTok star’s Japanese tour. We also discover that he left a letter for Anthony (Mario Cantone) too along with divorce papers.

Tragically, Willie passed away in September from cancer. He was originally slated to be in all ten episodes of the series but grew too ill to continue filming. So while this isn’t the ending that his character deserved, it’s nice to imagine Stanford chasing his dreams and living happily in another city.

It Wasn’t Anything to Write Home About

Overall, “Some of My Best Friends” wasn’t a bad episode but it also wasn’t a great one. The friendship and candour between Miranda and Dr. Wallace felt rushed given their tenuous relationship so far. It’s also disappointing to see the sexual tension between Che (Sara Ramirez) and Miranda from the last episode left unaddressed. Although we have to give them credit for their honest discussion about motherhood, the pressures women face to get pregnant, as well as the fact that some people sincerely do regret having kids down the line.

It was also nice getting to see a relationship form between Seem and Carrie. She was a powerful character who spoke honestly about the struggles older women face when dating while refusing to lower her standards.

Despite all this, the conflict in Charlotte’s storyline—where she worried about friend diversity, was performative in her enjoyment of Black literature, and desperately tried to invite any Black acquaintance she had that was available to dinner for the sake of seeming diverse—was upsetting. It was a cringe-worthy setup that, while an accurate reflection of exclusionary friend groups and social circles, was played for laughs and comic relief.

While we’re certainly not thrilled with the latest installment of the show, we can only hope that next week’s episode of And Just Like That…, streaming on HBO Max every Thursday, will be better.